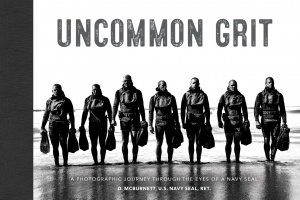 By Naren Aryal, CEO and Publisher of Mascot Books and Amplify Publishing

Customers love Amazon. The company started as an online marketplace for books, but it soon expanded into just about every product category, from A to Z, offering low prices and an incredibly efficient shopping and home delivery experience.

At Mascot Books, we love the access to potential readers Amazon offers our authors. However, that access comes at a steep cost. Amazon buys books from publishers at a whopping 55% off cover price. Amazon also requires that suppliers like Mascot pay freight to get inventory to Amazon distribution centers. Books are heavy, and therefore, costly to move around.

So why is everyone obsessed with selling on Amazon? Because that’s where the customers are.

We know that for every book sold direct-to-consumer, we have to sell three on Amazon to achieve the same level of profit. Let that sink in.

But every once in a while, we’ll work on a project that doesn’t need Amazon. It’s rare, but when it happens, it’s a beautiful thing.

We recently published Uncommon Grit: A Photographic Journey Through the Eyes of a Navy SEAL, an amazing coffee table-style book by 24-year Navy veteran, retired SEAL, and professional photographer Darren “McB” McBurnett. The book is a beautifully raw collection of photos taken during Naval Special Warfare Basic Underwater Demolition SEAL Training (BUD/S), which is widely considered to be the hardest nine months of all military training.

We priced the coffee table book at $49.95 and a limited edition collector’s version at $124.95. We launched it on the most patriotic day of the year — July 4th — on Fox & Friends in front of a national television audience.

The only purchasing option we gave viewers was the author’s website, which was linked to the Mascot shopping cart. The response was incredible, and as a result, we’ve now sold out of the initial print run. A resounding success all the way around.

If Uncommon Grit has you rethinking your desire to sell your book via Amazon, you should know this approach isn’t right for all projects. It worked in this case because the book’s content is incredible, the subject matter struck a chord with the intended target market, and the national television exposure gave the project an unparalleled platform. It was a perfect storm.

Although McB only gave his website during the interview (and it appeared on the crawl at the bottom of the screen), we suspect most buyers first took a detour to Amazon to see if they could find the book there at a discount and with free shipping. Actually, we know this happened. If you go to Amazon and start typing “Uncommon Grit book” the title autofills (meaning it has been searched for numerous times). But once you get to the product page, it’s not there.

Of course, no need to feel bad for Jeff Bezos here. He’ll be fine. Instead, we should take notice that, in some cases, it’s a good idea to bypass Amazon entirely.