Put your pumpkin spice latte down because you’re going to want to see these new October reads. 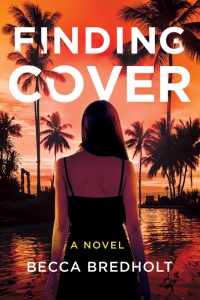 Having met only days before, the young, doe-eyed Crystal Vargas elopes with a dashing Brit named Duncan Douglas who appears to be everything she’s ever wanted. Without realizing it, her desperation to be loved plays well into the hands of her new husband, a cunning sociopath in need of an American bride to help him maintain appearances.

When Crystal’s sister, Lyssa, notices suspicious changes in her sibling’s behavior and her application for her security clearance is denied, Lyssa hires a private investigator to look into her mysterious brother-in-law. While the truth might prove her right, it might also cost Crystal her life.

Boca Juniors: A History and Appreciation of Buenos Aires’ Most Successful Futbol Team 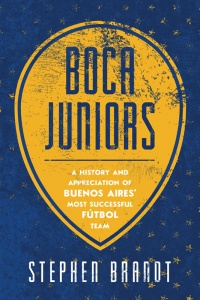 Diego Maradona, Carlos Tevez, and Juan Román Riquelme are some of the greatest athletes to ever play association football, and all former members of Buenos Aires’ most successful football club, Boca Juniors. Whether at the beginning, end, or middle of their careers, they all wore the blue and gold at some point, and will always be considered part of the Boca Junior family.

Boca Juniors: A History and Appreciation of Buenos Aires’ Most Successful Fútbol Team explores the history of this illustrious football club detailing how they have shaped a national and international pastime. 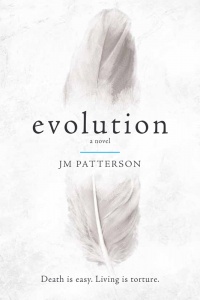 If you could give your life to save someone you loved, would you do it? Or would you let them die to save yourself?

Amanda Bishop is no ordinary high schooler—she’s a hunter who puts spirits to rest in her free time. Then the captain of the football team, Baran Messenger, catches her interest. As she begins to piece together that Baran isn’t all he appears to be, Amanda quickly finds herself caught up trying to juggle her supernatural hunting; her relationship with her friend, Oliver; and her normal school life all while trying to keep her feelings for the mysterious, otherworldly football captain in check.

When Baran reveals that he has been sent to Earth on a mission to locate a book that, in the wrong hands, would bring about a war to wipe humanity off the planet, it’ll fall on Baran and a small band of paranormal friends to destroy the book before it can be discovered.

Better Than Best: Be Honest 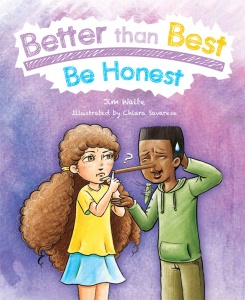 Be honest in all that you say and all that you do.
Saying and doing right things will reflect back on you.
Try to be honest at home, work, and play,
So everyone feels better each and every day. 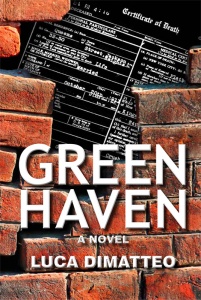 Guilt-ridden owner, Oscar Green’s vision is simple: create a place where wealthy senior citizens can live their final days in the comfort to which they have become accustomed. On the outside, the ultra-luxury of Green Haven seems like heaven on Earth, but Green Haven is not the idyllic nursing home it appears to be.

Director of Nursing, Cathy Arden’s complacent life is about to change as she discovers Green Haven’s residents are suddenly dying at an alarming rate. She is determined to prove something is wrong, and her efforts have inadvertently placed her in the crosshairs. Who can she trust as the killer may be working right beside her?

Detective Oaks sets his sights on Cathy as all the evidence points to her. He is intent on bringing her to justice. Desperate, but unwilling to give up, Cathy is forced to place others at risk to find out who the real killer is and point detective Oaks in the right direction. If she fails, more will die and Cathy’s new long-term home will be a prison cell.

Backpacks and Baguettes: Coloring the World Through Young Eyes 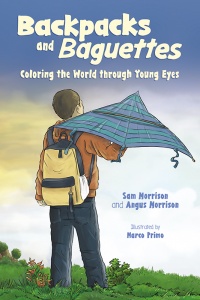 By Sam Morrison and Angus Morrison

You’re only a child once. Capturing the world through young eyes is difficult. Backpacks and Baguettes attempts to better understand what children think, see, feel, and smell when they are traveling. Everything is new, and everyone is a possible friend.

Your guide is Sam, a half-American/half British boy who so far in his young life has been lucky to grow up in Paris and Washington, D.C. Sam loves soccer and food and is curious about how people in other countries lead their lives. He thinks graffiti and street art are better than postcards to truly understand a place. He’s even included some authentic global graffiti in the book for you to color. He’s also left space on the back of each image for you to draw your own graffiti or take notes.

The Battle in the Mirror 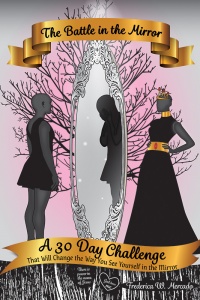 Our thoughts, feelings, and emotions have the ability to crowd out what’s most important in our lives. If you’ve ever struggled with thoughts of self-doubt and emotions of insecurity, fear, anxiety that seem to weigh you down, you’re not alone. Many deal with those normal feelings daily, but what makes them ineffective is when we let them overwhelm and control us. Thus that negative self-talk we give ourselves when we’re in front of the mirror can be completely changed when we view ourselves the way God views us.

The Battle in the Mirror is an honest but empowering 30-day challenge guide to help you focus on the value that God gives rather than the devalue others give. With applicable and personal examples, thoughts to consider, and Scriptures to lean on, this book gives answer to the questions we all face about what we truly see in the mirror.

Camilla Rai and the Chocolate Mystery 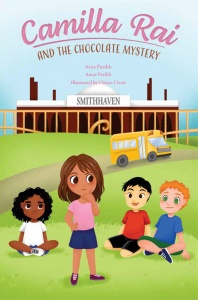 Camilla (Cami) Rai and her classmates are on a first-grade field trip to a real chocolate factory, but chaos soon erupts when the cocoa beans are stolen! Cami leads a group of her peers-turned-sleuths in the hopes of uncovering the secrets of the thief and finding the missing beans. Join our heroine and her friends on the mystery of a lifetime!

Ruling the Roost from the Hen House 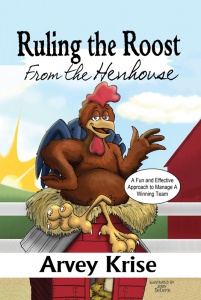 Do you feel like the tail is wagging the dog? It’s time to take control. Get the results you want by helping your team achieve the results they want.

With this fun, down-to-earth guide, it’s easier than ever. Focus on results – effectively becoming a better manager while also building your dream team!

Packed with amusing anecdotes, Ruling the Roost from the Henhouse shares Arvey’s secrets for winning, along with valuable lessons learned on her road to success. Not only will you add valuable lifelong skills to your management toolbox; you’ll learn to be a great leader in every aspect of life.

Guiding you to define your strengths and weaknesses, Ruling the Roost from the Henhouse helps you create your personal management style that will garner respect and build a confident loyal team envied by your peers.

This engaging and vital workplace commentary will benefit anyone in management whether it be the corporate world, organizations—or your own kids!

Master the modern world of management now—Ruling the Roost in your own Henhouse. 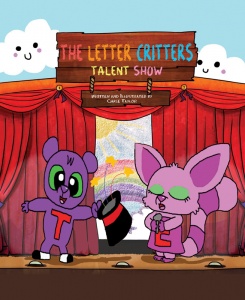 Football Freddie and Fumble the Dog: Gameday in Dallas 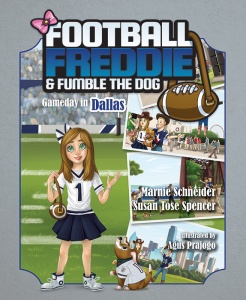 There’s only one thing that Freddie loves as much as football: sightseeing! Every time she and her trusty companion Fumble the Dog visit a new city, they set out to learn all about the location and its history before cheering on the home team!

It’s game day in Dallas! Football Freddie and Fumble are on their way to AT&T Stadium to cheer for the Cowboys. But first, they’ll stop at the Katy Trail, Pioneer Plaza, the Dallas Zoo, and other historic locations to learn everything they can about the Big D. Come along and cheer with Freddie and Fumble for Dallas!

What Makes Trump Tick: My Years with Donald Trump from New York Military Academy to the Present 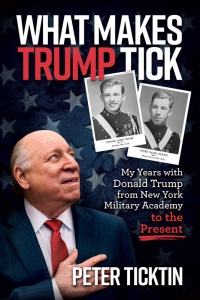