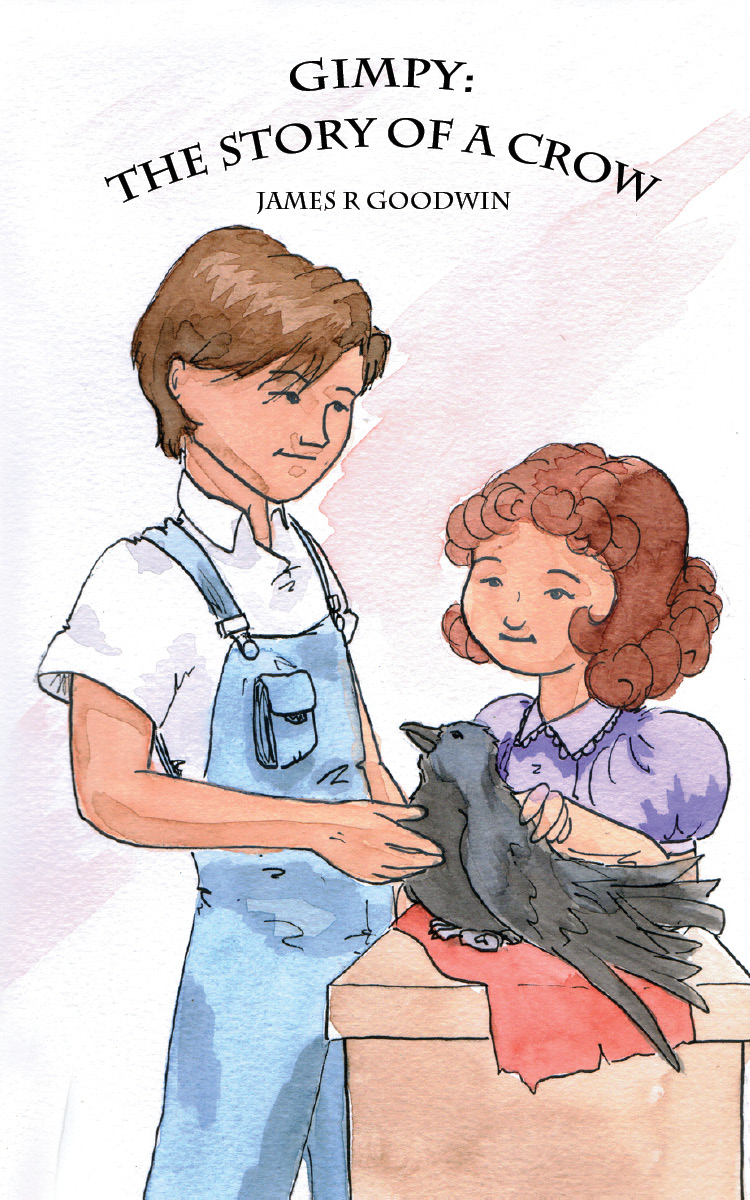 Gimpy: The Story of a Crow

In this story of an unlikely friendship between kids and crow, author James R Goodwin explores the dangers of bullying, the beauty of life, and the power of friendship.

James Goodwin wrote this book in 1977. James was constantly looking for ways to exercise his creative and artistic side. He taught himself photography and became very proficient. For many years he chronicled his family in black and white, and when that creative urge began to wane he began wood carving. As with the photography, he became very adept at carving animals, and after some years he yearned to put into words a story that had been within him for many years.  So, James began to write this book. James Goodwin loved children, family, the country, and the simpler life. He wanted to share his love of these things with others.