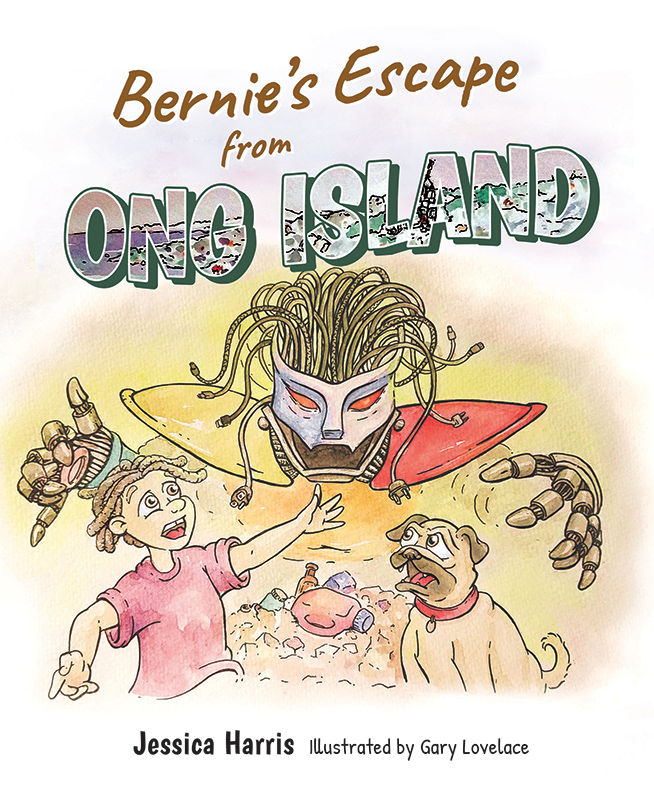 Bernie’s Escape from Ong Island is an exciting adventure starring Bernie, a beloved puggle (half-pug, half-beagle, 100% awesome) from Austin, Texas. Bernie and his human, Sammy, are taken on a journey to an exotic trash wasteland where their lives are turned upside down. Will Bernie, Sammy, and their new friends find a way home? Will they ever be free of the island and its polluted pitfalls?

Join Bernie and Sammy on this wild ocean adventure as they discover the truth about the dangers of pollution and how it impacts the world’s wildlife. A portion of all profits from Bernie’s Escape from Ong Island will be donated to organizations devoted to the cleanup of the ocean, reusing plastics found in our environment, and promoting a circular economy.