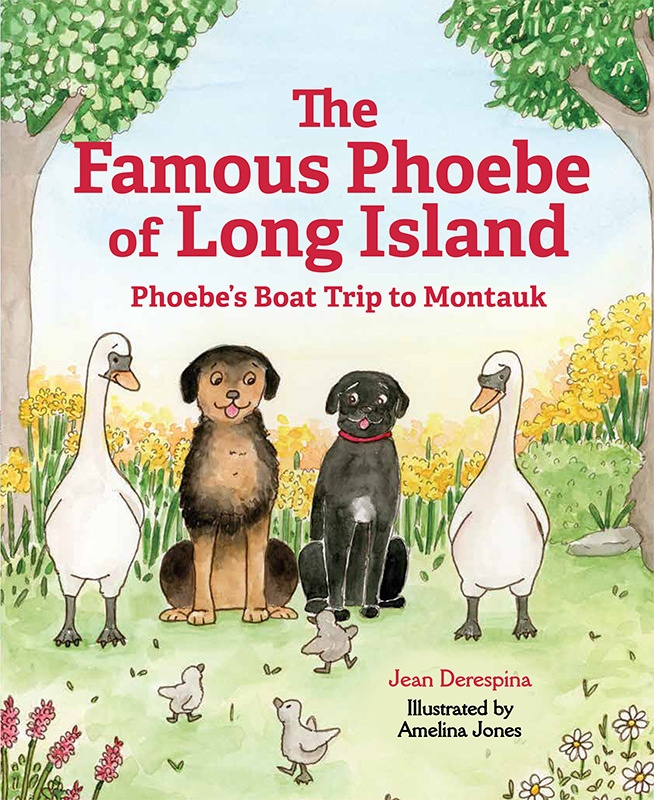 The Famous Phoebe of Long Island is going all the way to Montauk with her family! At Montauk, Phoebe meets so many new friends, including her parents’ friends and their pup, Rocky. Phoebe can feel that she and Rocky will have a super time together. But during her trip, Phoebe learns that friendship means more than having fun. When another new friend’s baby goes missing, Phoebe and Rocky have to team up to save her!

Phoebe meets both land and sea creatures at the tip of Long Island. Every day is a new adventure at Montauk!