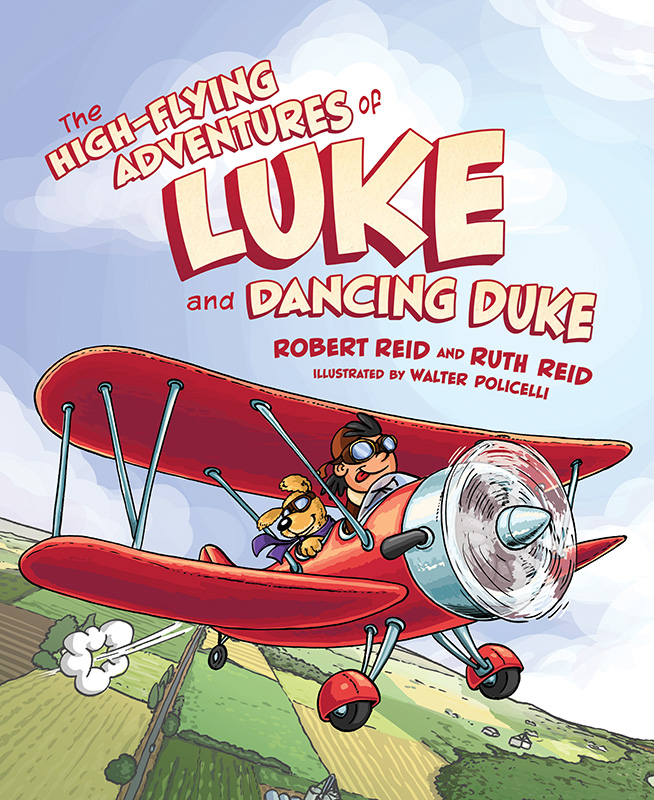 The High-Flying Adventures of Luke and Dancing Duke

by Robert Reid and Ruth Reid

With inspiration from a real-life tale, a young kid named Luke and his pup Duke were the most notorious and adored barnstorming team ever! Each day they would shock and awe audiences with impressive stunts high up in the sky. Thousands enjoyed seeing Duke dancing on the plane wing and sitting up on his back legs. On this crisp day when our story takes place, the breeze was gusty, and Luke and Duke were nervous about performing, given the blustery conditions. Not wanting to cause anyone to feel disappointment, they chose to start the show. As the plane got higher and higher in the air, the pair could see the grinning smiles of the spectators below. Partway through their feat, a surprise gust of air made the plane shake, and they had only a single choice: to leave the plane and parachute to land. When Luke got back down to earth, he found that Duke was lost! This event would prompt Luke’s intensive search to find his friend. Will they be reunited?