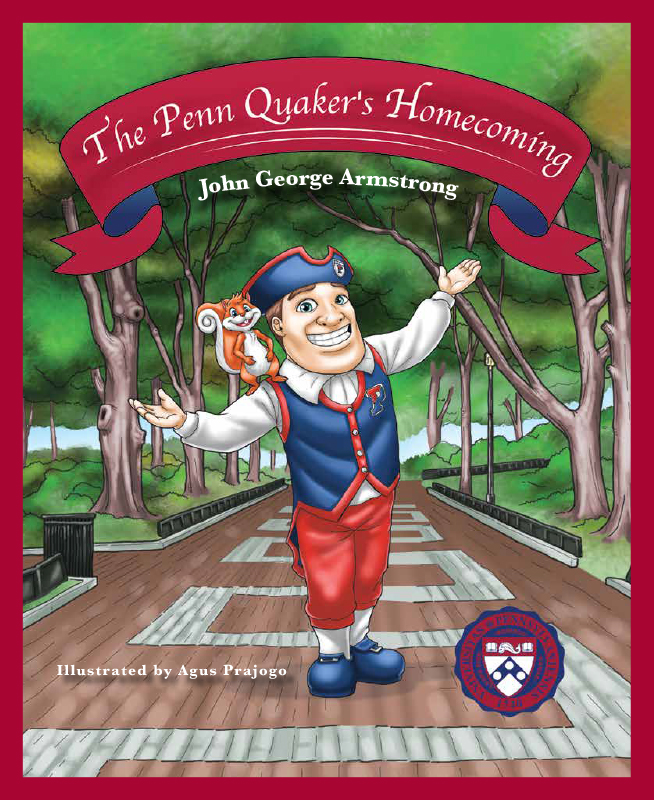 At the University of Pennsylvania, the Quaker mascot is the symbol of school spirit and guardian of Penn’s traditions. Despite Quaker’s enthusiasm for Penn, a number of setbacks cause him to question his ability to succeed. However, the spirit of Homecoming helps Quaker realize his own special set of talents. Join Quaker and Franklin, his trusted squirrel pal, on this courageous journey of discovery at Penn’s Homecoming!

John George Armstrong served as the University of Pennsylvania Quaker mascot from 2014-2018, having the privilege of sharing his love for Penn with everyone. Every week, he assumed his secret alter ego as Quaker from sporting events to university and alumni events. But his impact stretched even further into the community, participating in outreach events such as fundraising for the Coaches vs. Cancer medical research, visiting sick children at the Children’s Hospital of Philadelphia, and attempting a world record for the most mascots dancing at once to raise awareness for the Mascots for a Cure. John George hopes that this book will inspire others to find their own set of talents and live life to the fullest.