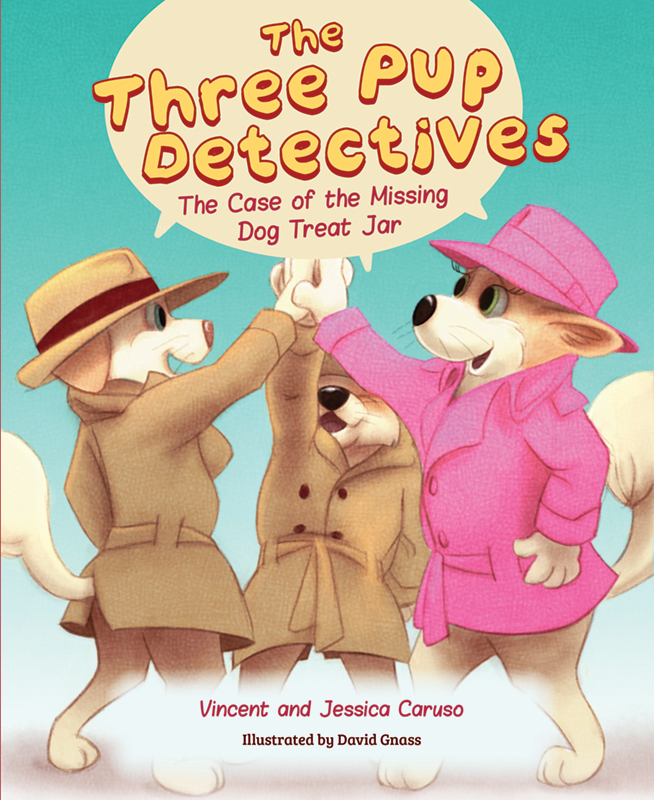 The Three Pup Detectives: The Case of the Missing Dog Treat Jar

by Vincent and Jessica Caruso

Lino, Nico, and Mia are three courageous puppies who have set out as Pup Detectives to solve cases that no other detectives have the trained nose to sniff out. In this book, the brave trio is called upon to uncover the hidden clues to find a missing dog treat jar that has mysteriously disappeared. Who could have stolen the dog treat jar? Will these canine detectives be able to solve the case and return the missing dog treat jar to its owner? Let’s uncover the clues together and help these Three Pup Detectives solve the mystery!