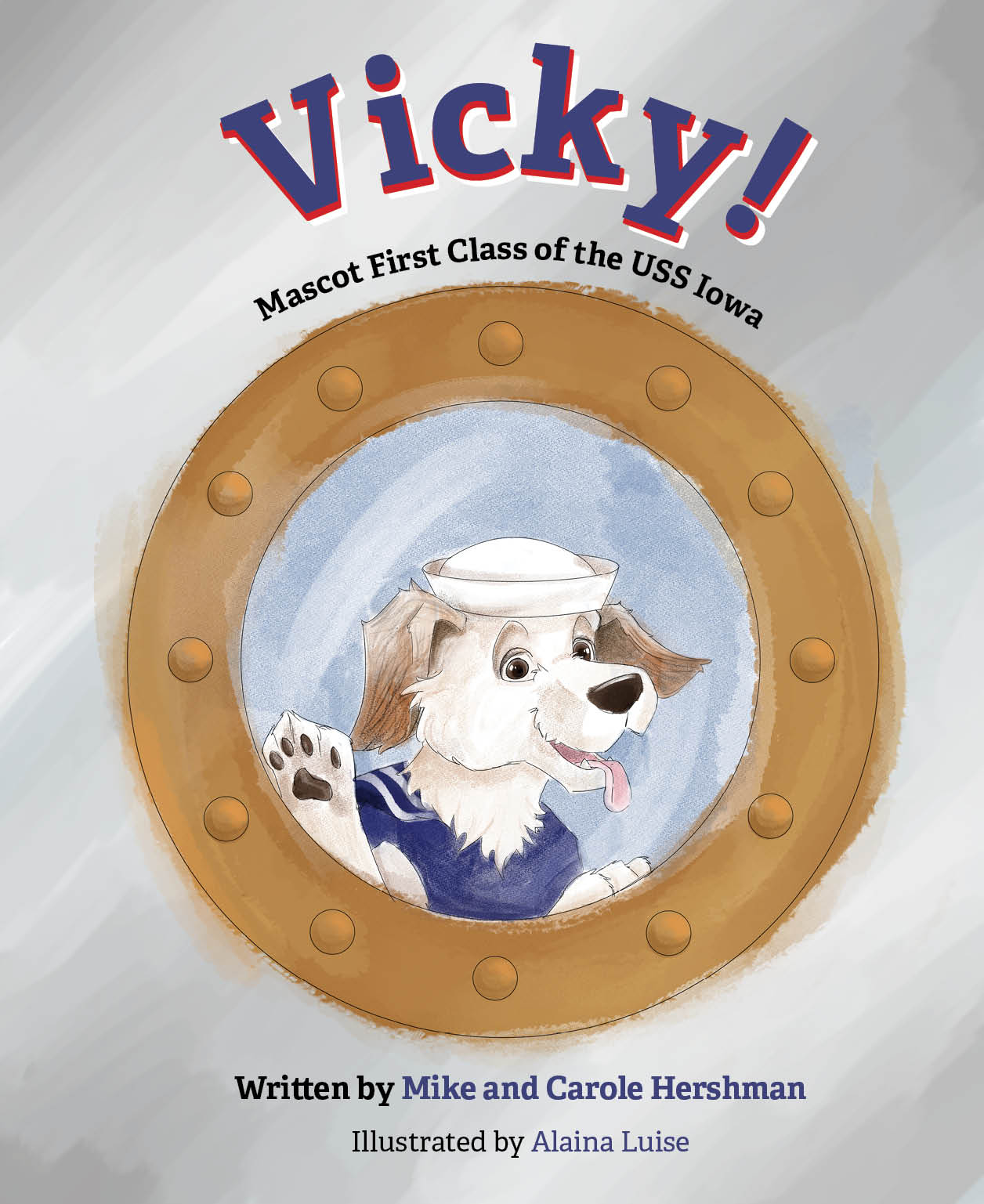 The year is 1943 and Vicky, Mascot First Class of the USS Iowa, has a very important job to do. President Franklin Delano Roosevelt is coming aboard the Iowa! The ship will take FDR across the Atlantic Ocean to North Africa, and Vicky will have lots to do during that voyage. Come along with Vicky as he carries out his duties!