Sheppard of the Argonne 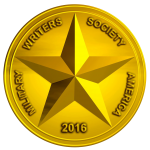 Sheppard of the Argonne is a fast read, and once the action starts, it becomes a book that keeps your attention through to its dramatic conclusion.

Although not fully physically or emotionally recovered from painful leg injuries sustained in combat near Pearl Harbor, Captain Sheppard McCloud was honored to receive command on one of the Navy’s most modern battle cruisers in 1942. Plagued with self-doubt and guilt following the loss of many of his men and the extensive damage to his previous ship, he struggles to put his mission and instincts first.

On Sheppard’s first cruise as skipper of the Argonne, he is part of America’s first naval task force ordered to take the war to the German fleet in the eastern Atlantic.

In this well written historical novel by an author who is a retired Navy captain, the reader sees the action unfolding not only from Sheppard’s perspective but also from the viewpoint of commanders in other vessels and aircraft. The battle scenes are vivid, the descriptions authentic, horrific, and detailed without being overburden with jargon and minutia.

Sheppard of the Argonne is a story of a complex battle involving carriers, cruisers, submarines, and aircraft. Although skillfully presented from the perspectives of American, German and British characters, it is primarily Sheppard’s story as he works to keep his ship afloat and fighting in a battle that teeters on the edge of disaster.

There are no stereotypes portrayed here, rather men pushed to their limits in courage, decision-making, and training. I find the book a compelling read and as useful in providing sound leadership advice as it is entertaining. Sheppard of the Argonne is highly recommended.”

The nightmares had begun during the weeks of surgery, one operation after another at Balboa Naval Hospital to repair his leg and make him “fit for duty.” And when Sheppard awoke during those weeks at the hospital… it was easy to blame the pain instead of the nightmares when nurses asked. Morphine dulled the reality of his horrific memories, but he had no morphine at home as he progressed from crutches to a cane and finally, now, to just a limp. Without narcotics, the dream grew sharper, clearer in the consequences of his decisions—his decisions, killing his men. Sheppard could not hide the dreams from Evelyn. He had never been able to hide anything from her. So he told her that it was indeed just a nightmare and that it would pass in time as his body healed. He could not tell whether she believed him. He hoped she did, for her sake. It would make his return to war easier. Sheppard feared that the dream would turn back into reality and he would have to live through it again. Three months of reviewing his own decisions to find his mistakes and learn from them only left him frustrated. The logic for his actions appeared justifiable and sound, but his motivation… what had it been—glory, ego, hubris? Before December 7th, Sheppard had been supremely confident, sure of his ability to lead his men, certain that he could not be beaten.