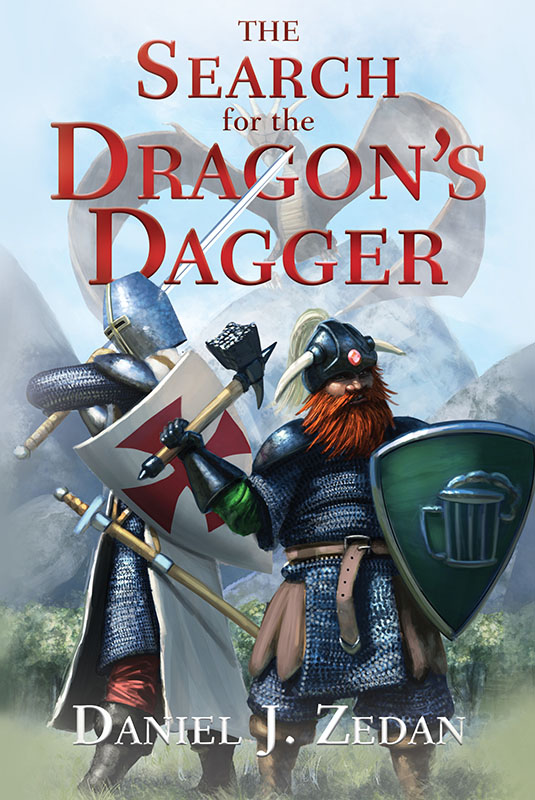 The Search for the Dragon’s Dagger

His mind replays the screams of his companions as, one by one, they succumb to the black beast. Blood-soaked tabards, armor dripping with death, the sound of a skull being crushed between the creature’s jaws, brain matter oozing from beneath the crumpled helmet, and the sight of grown men tossed about like rag dolls all pass before him. Jumping to his left, Aramas leaps over the sweeping motion of the creature’s eight-foot-long tail…. For more than three hundred years, dragons had existed only in lore and legend or in songs spun by bards. To the best of his knowledge, no one had ever seen one, let alone fought one. Then there was the gem. Not an unusual gem but one that the beast favored and protected above all others in its stash. Evil has again been released upon the land, and only a small band of adventurers, blessed by their gods, stand in its way. Time is of the essence as they try to understand the significance of the gem, the dragon that possessed it, and the evil that hopes to possess the power of both.