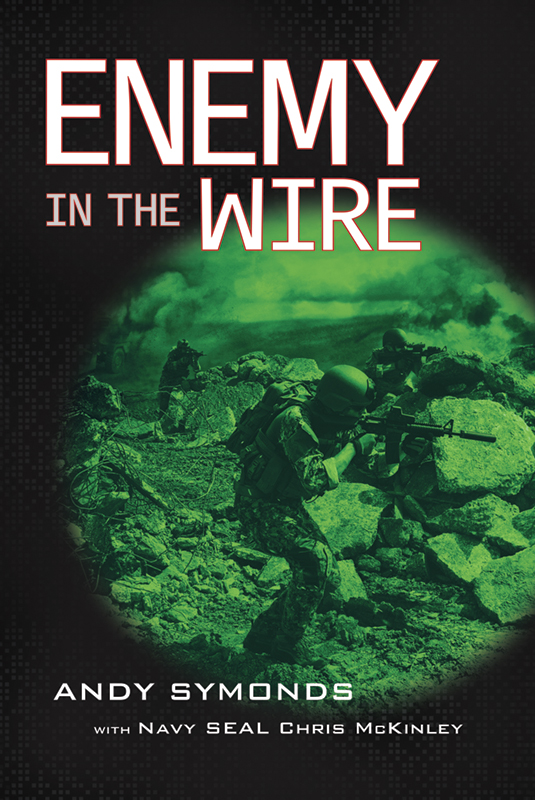 Enemy in the Wire

This riveting military thriller gives the reader an up-close, behind-the-scenes look at the elite SpecOps brotherhood and how they operate in the vein of American Sniper or Lone Survivor. The heart-racing action sequences in Enemy in the Wire could only be relayed by a real Navy SEAL.

The United States is under attack. A series of bombings has rocked the nation, and the FBI is scrambling to find the perpetrators before they strike again. Shockingly, initial evidence indicates that the well-skilled and well-armed terrorists could be coming from within our own military.

Senior Chief (SEAL) Dan Westhead and his band of SpecOps brothers are used to whisking off anywhere in the world via sea, air, and land, stealthily killing their country’s enemies, and returning home without fanfare. That is their job—they are the silent professionals, and even if we don’t know their names, we sleep better at night knowing they protect our way of life. What they are not used to is being questioned as terrorists.

But after another attack occurs in the nation’s capital targeting many of the people Westhead and his teammates blame for a catastrophic mission that killed 30 of their brothers, even he becomes convinced that some of the people he is closest to are to blame.

When FBI Agent Seth Kopen’s investigation further implicates the top-secret black ops group, Westhead makes it his mission to discover the truth no matter how deep the conspiracy goes. After those inquiries point closer to home than he can imagine and he discovers the plot’s ultimate target—the President of the United States—he has to face a nearly impossible choice as to where his loyalties lie.

With much more than just his own life at stake, Westhead has to make unimaginable decisions to protect his country and family and bring down a rogue operator in this fast-paced journey deep into the world of our country’s most elite warriors: Navy SEALs, Army Rangers, Delta Force, and MARSOC operators.

Enemy in the Wire is a follow up to the critically acclaimed first novel by Andy Symonds, My Father’s Son. Wounds aren’t always followed by Purple Hearts, and the battle doesn’t necessarily stop on the front lines. This is the story of one boy, of one family, who has their world ripped apart by war. Enemy in the Wire takes you once more into the Butlers’ world.

Andy Symonds is an award-winning author based in the Washington, D.C. area. He grew up in a Navy family on military bases throughout the world.

Chris McKinley is a former Navy SEAL and the Amazon best-selling author of Undaunted: Life’s Toughest Battles Are Not Always Fought in a War Zone.