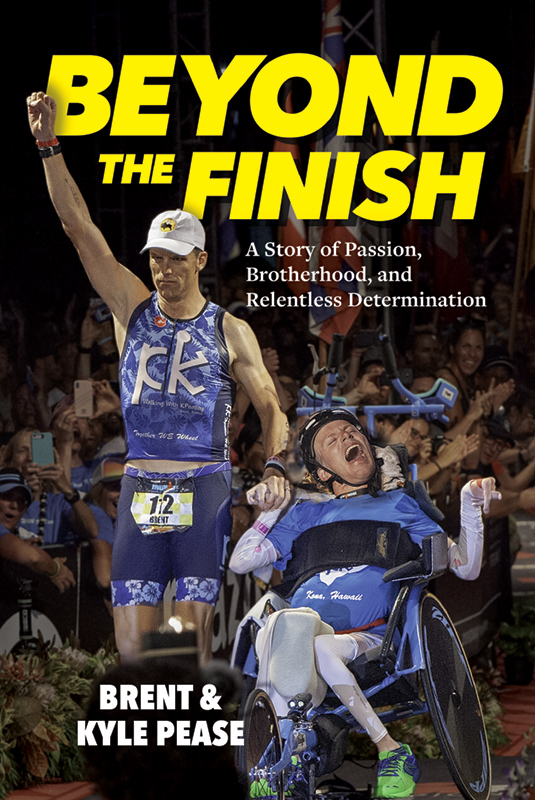 by Brent and Kyle Pease

“For the most part, my childhood was much like that of so many of my peers. I tried to get in trouble on occasion, but other than that I got to share some incredible experiences along the way. Never would you guess I spent my days confined to a wheelchair. Much of what I learned helped shape where I wanted to be when I grew up. Growing up Peasey was a blessing and makes me proud of how I’ve grown and continue to grow to this day.”

Diagnosed with cerebral palsy as a child, Kyle Pease had grown up supporting his athlete brothers Brent and Evan from the sidelines. While his condition limited his ability to play sports, it didn’t dampen Kyle’s passion for them, nor did it stop the Pease family from including Kyle in various excursions. From rolling his wheelchair up Bridal Veil Falls in Yosemite National Park to zipping down Colorado snow slopes, there was never a dull moment with the Pease brothers. Where there was a wheel, there was a way to adventure.

Upon witnessing Brent complete his first IRONMAN competition, Kyle asked Brent a life-changing question: “Can people in wheelchairs do IRONMAN?” Brent never hesitated with his response. The answer was a resounding yes. Learning from others and through their own hard work, the brothers competed in IRONMAN competitions around the country and were ultimately awarded the opportunity to participate in the IRONMAN World Championship in Kona, Hawaii. In this memoir that interweaves both their perspectives, Kyle and Brent recount the experiences that shaped the strength, tenacity, and undying bond that has resonated between them since childhood.