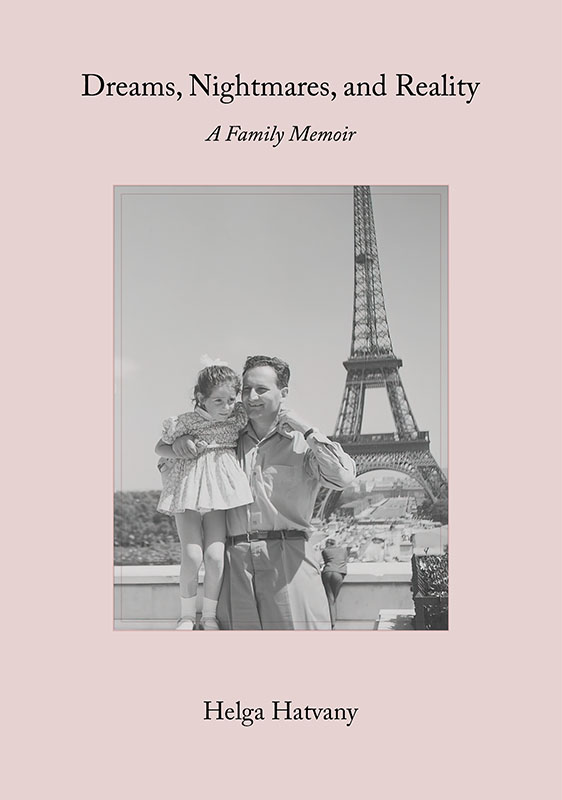 At once an intimate and captivating portrait of a legendary European family and a larger-than-life father, Dreams, Nightmares, and Reality is a deeply felt multi-generational memoir that is sure to transport you from the first page—and never let go.

Helga Hatvany’s last name holds incredible weight: born to one of the most prominent Hungarian families of the last two centuries, Helga was the last family member to be raised in her home country during the goulash communism era. Central to her childhood was her father, József Hatvany, a brilliant man born into an exceptionally wealthy family of mighty industrialists, influential writers, progressive political thinkers, and patrons of art and literature, having amassed one of the most admired collections of impressionist art in Europe.

Mirroring the larger arc of European history in the twentieth century, József ’s life story is an exceptional one. A baron of Jewish descent, he was sent to an English boarding school to escape from fascism and Nazi terror in his homeland. Returning to Hungary after World War II, his dreams of building a utopia in the mold of communism turned into a nightmare when he was arrested, tortured, and imprisoned by the Stalinist regime of the 1950s. Miraculously, he emerged into a new reality in the following decades, becoming a world-renowned research engineer on the cutting edge of the new digital era.

Dreams, Nightmares, and Reality not only chronicles Helga’s stunning exploration of her family’s history, but highlights one of the largest truths of all: her father’s legacy is more than accolades and achievements. His biggest impact was on the lives of those around him—most especially her own.