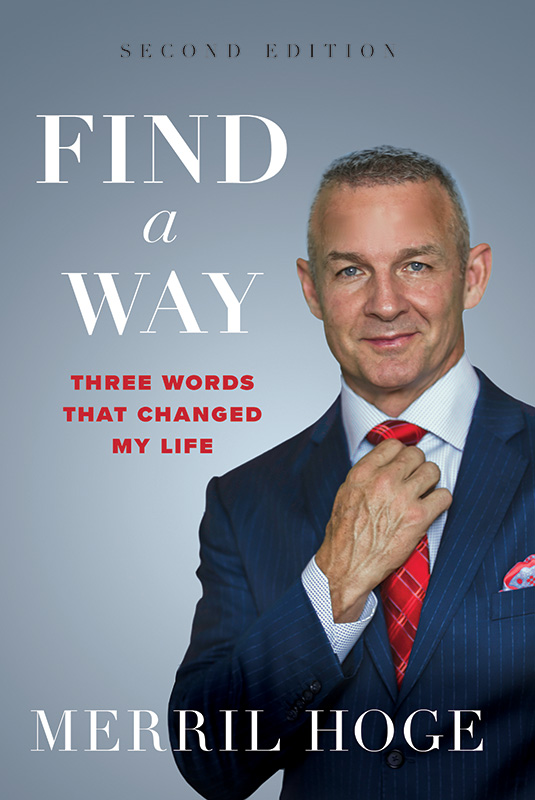 When Merril Hoge talked about his dream of playing in the NFL, he was constantly told it was impossible, he’d never beat the odds, but he refused to be discouraged. As a twelve-year-old, inspired to overcome the challenges ahead, he wrote, ‘Find a Way’ and put it on the wall above his goals. This mantra would become a life-long philosophy that helped him cope with the near loss of his hand as a you boy, the untimely death of his mother, being diagnosed with and defeating cancer, and ultimately achieve his dream of playing in the NFL.

In this Second Edition of Find a Way, Hoge candidly discusses the obstacles he has faced and how he has consistently found a way to move forward. This updated edition includes three new chapters with information on where Hoge is now, and how he continues to ‘Find a Way’ a decade after the original release.