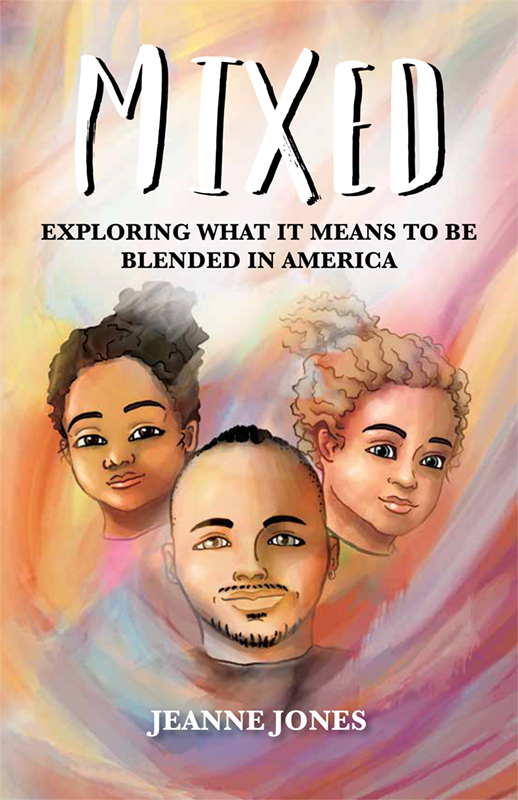 Mixed: Exploring What It Means to Be Blended in America

In Mixed, Jeanne Jones reflects on being a white wife and mother raising her blended biracial family in the Midwest, while providing the call to action America so desperately needs: we need to fix the rampant racial injustice this country faces. Not tomorrow, not in a year, but today.

The Jones family exemplifies the race-related dichotomies that exist in America: their biracial twin girls have ancestors who served in the Revolutionary War and came to America via Ellis Island on one side, and rare documentation tracing their family to a runaway slave from Virginia who was captured and taken to Mississippi on the other.

Exposed to different cultures and races from a young age, Jeanne Jones has always been interested in viewing the world through the lens of others. Her children’s experiences with identity come to the forefront as she explores colorism and the impact it has already had on their twins: one is viewed as “passing,” with light skin and blue eyes, while the other is often perceived as Hispanic. Touching on the hypocrisy of race relations in America, Jones highlights experiences had by her own mixed family as they navigate the world as we know it, including contrasting the way her husband is treated by those who recognize him from his college football career, and the lack of awareness by others who questioned him as a possible “robber” while taking a walk in his own neighborhood.

Candid, compelling, and ultimately revelatory, Mixed is a heartfelt, necessary, and timely exploration into the heart and soul of what it means to be and live as mixed, blended, and biracial in America.