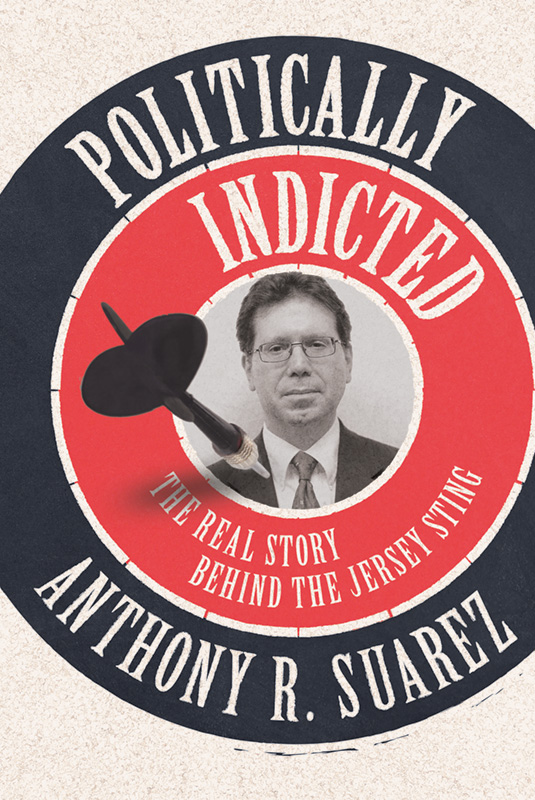 Politically Indicted: The Real Story Behind the Jersey Sting
XXX-X-XXXXX-XXX-X

Imagine being implicated in a crime you know you didn’t commit and feeling as if those in your closest circle had turned against you in its wake. Can’t imagine what that would feel like? Just ask Anthony Suarez. He lived it.

In 2008, then-United States Attorney for New Jersey, future New Jersey governor, and failed presidential candidate Chris Christie used his position as the state’s chief federal law enforcement officer to advance his own political goals. Unfortunately, Mayor Suarez was caught in the complicated crossfire and wrongly accused of extortion and conspiracy. He spent a nightmarish year and a half fighting the outlandish accusations.

In this searing first-hand account of the biggest political sting operation in New Jersey history, Mayor Anthony Suarez of Ridgefield recounts his experience of being one of those implicated in the Operation Bid Rig III takedown, a corruption web so big that over 25 public officials were arrested in connection with the case.

Candid, accessible, and revelatory, Mayor Suarez shines a light on the complexities of Bid Rig III in Politically Indicted, a memoir that is as sincere as it is compelling. By exploring our criminal and political system, as well as reflecting upon all of the ultimately rewarding aspects of spending his life serving the public, Mayor Suarez offers an exceedingly unique look into what happens when the world of politics and justice collide.