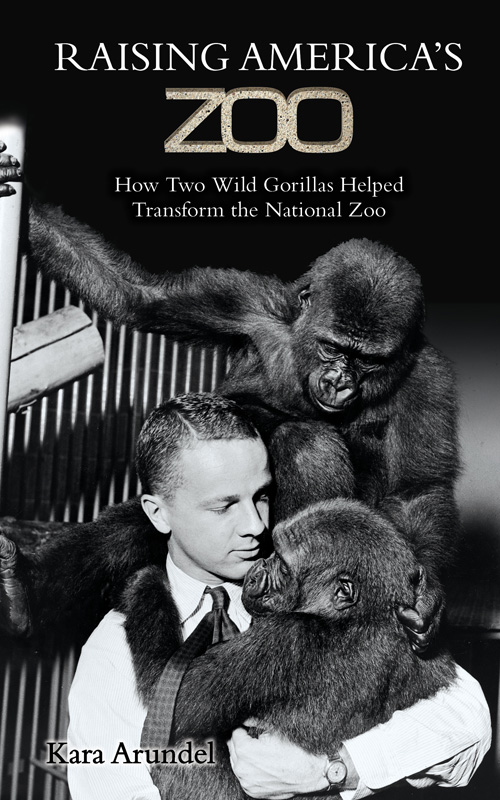 When Arthur “Nick” Arundel returned to Washington, D.C. from a safari in the Belgian Congo with two baby gorillas in tow, he and the animals brought change with them to the National Zoo. The wild apes came to an antiquated zoo, which had wanted to showcase gorillas for decades but knew very little about how to raise them. The journey from Africa to America was just the beginning of the huge changes in store for the gorillas and for the zoo that would evolve from a mere animal park to an internationally respected center focused on conservation of species—a zoo that would become “America’s zoo.”

Raising America’s Zoo shares the triumphs and heartbreaks of this first generation of gorillas and the caretakers who worked tirelessly to make the National Zoo home for the apes. Witness Nick Arundel’s story, a tale of a man who at first celebrated the gorillas’ capture, then grew to regret his reputation as a “gorilla hunter” and spent the rest of his days as an animal conservation advocate.

Experience the National Zoo’s struggle to preserve the western lowland gorilla, a species that is moving closer to becoming extinct in the wild due to habitat destruction, disease, and poaching. The zoo community’s mission to save the gorillas may be more important now than ever before.