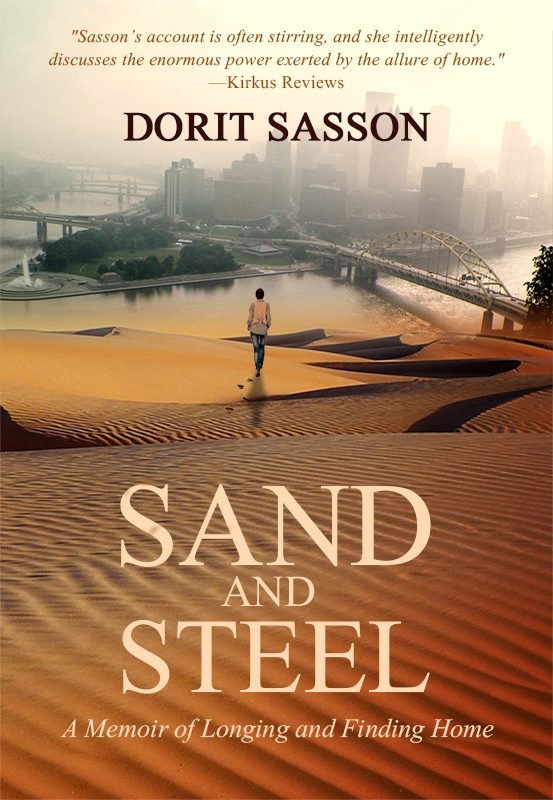 Sand and Steel: A Memoir of Longing and Finding Home

What’s it like to be lost between two worlds only to find a home in neither? In her new memoir Sand and Steel: A Memoir of Longing and Finding Home, Dorit Sasson expands the narrative begun in her award-winning debut Accidental Soldier: a Memoir of Service and Sacrifice in the Israel Defense Forces with her journey to understand what it means to come home changed by the world and to find a spiritual home between two vastly different worlds.

When Sasson, a native New Yorker, returns to her kibbutz following the second Israel-Lebanese war, she becomes disillusioned and shocked by the degree of economic depression and social change. Forced to make a decision about their economic futures, Sasson takes matters into her own hands and convinces her husband to leave a kibbutz that has abandoned him and a country that has turned its back and emigrate to the United States in search of the American dream. Torn between leaving the land she loved and fought for as an Israel Defense Forces soldier and the prospect of a brighter future, Sasson welcomes professional freedom that awaited her in the U.S. But when she arrives, the United States was not what it seemed—or perhaps she had changed in ways she hasn’t yet realized.