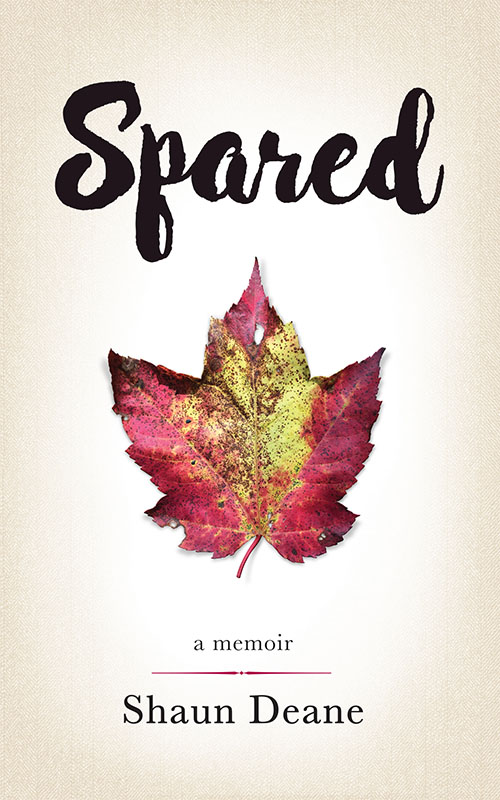 Three weeks before Shaun Deane was scheduled to graduate from college, just before his final exams, a series of unspeakably tragic events began to unfold in his life. These events influenced Shaun’s life from that day forward, as he tried to make sense of a time when the world was upended. While moving his parents out of their home, decades later, new details surfaced enabling him to see the entire arc of this complex story.

Spared tracks the story that began in 1977, a story that cut a swath through all the ensuing decades. It honors what we cannot control and celebrates the times when we are able to reject that which would pull us down. It is a tale of survival, death, fathers, sons, and husbands and wives, told with earthshattering clarity.