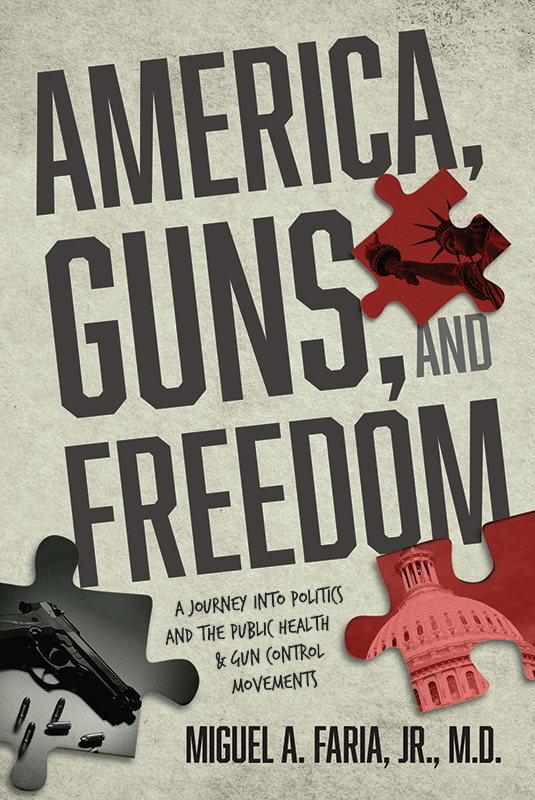 Dr. Miguel Faria’s journey into politics and the public health and gun control movements began when, as editor of the Journal of the Medical Association of Georgia, he studied the problem of gun violence and discovered the gun research conducted by the medical establishment was not scientific research as claimed, but politicized, result-oriented propaganda designed to bolster the preordained conclusion that guns should be eradicated from the general population. Faria and three other experts testified before a congressional subcommittee, exposing the pseudoscience of the gun research conducted by the Center for Disease Control (CDC) and proposing the elimination of funds for such research. Congress agreed and passed the Dickey Amendment, restricting CDC gun research that advocates for gun control.

America, Guns, and Freedom outlines why the Second Amendment and armed self-defense are still needed in modern society, debunks the arguments that the U.S. should follow the path of European social democracies by enforcing draconian gun control, and expounds on how civilian disarmament in Australia and Great Britain, despite media hype, has not decreased violent crime in those countries.