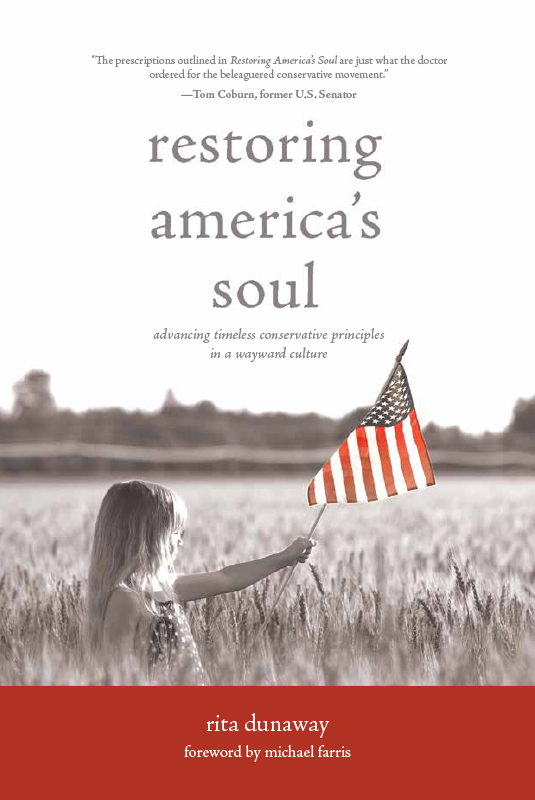 Today’s culture derides and dismisses the traditional, time-proven values that made America great. So-called conservative values, which are being consciously undermined at every turn: truth is attacked and vilified, sexual harassment is rife among those in power, and cohabitation is replacing marriage

as the new norm. Though many mainstream media outlets convince the nation’s youth that “conservatism” amounts to hateful extremism, nothing could be further from the truth. It’s more important than ever to articulate the timeless principles

of conservatism in compelling, gracious ways that will attract and aspire more Americans. Restoring America’s Soul reignites the vision and mission of authentic conservatism, and offers a fresh and persuasive case for conservative public policy positions on key issues. Conservatism can never be a “lost cause” because it is, at its core, the timeless effort to champion virtue and conserve goodness, truth, and beauty. The true heart of conservatism is its desire to protect the principles worthy of being kept and to pursue virtue through disciplined self-governance. In Restoring America’s Soul, Dunaway refreshingly suggests an enlightened course forward for the thoughtful conservative in contemporary America.