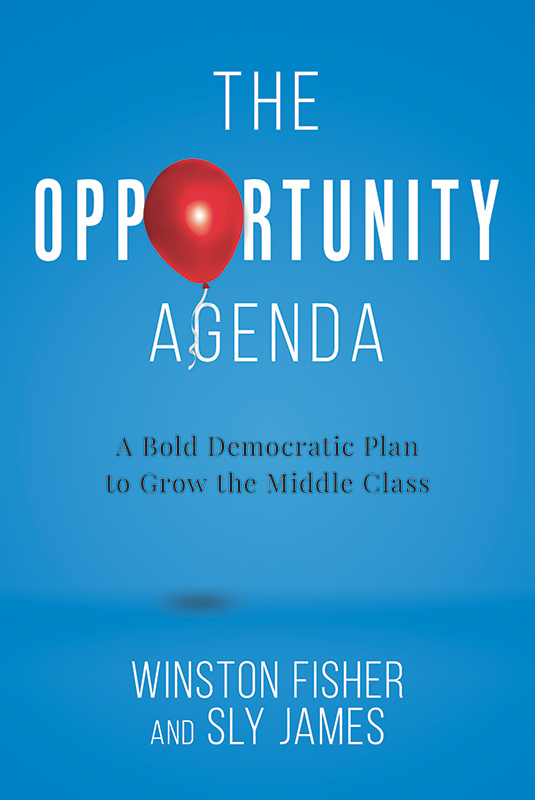 The Opportunity Agenda: A Bold Democratic Plan to Grow the Middle Class

On paper, New York business and civic leader Winston Fisher and former Kansas City mayor Sly James seem to have nothing in common. They come from different generations, backgrounds, geographies, and professions. Despite their apparent differences, they share one central belief: the Democratic Party is overdue for major disruption.

In The Opportunity Agenda, Fisher and James propose a new path forward that focuses on what really matters: appealing to the people. The 2016 presidential election revealed the extent of the deep economic anxieties felt by working- and middle-class Americans across the country—an insecurity that reshaped American history with the election of Donald Trump. Democrats failed to make a compelling case to promote their vision for the future. Equipped with a refreshing arsenal of bold ideas to expand the middle class, Fisher and James offer a plan to grow the party’s base, win over moderates and independents, and explain in no uncertain terms what Democrats will do for you, the American voter.

In this era of increasing political turmoil, old habits, stale messaging, and a “get even” mentality, any momentum the Democratic Party once had has stalled. It will take innovative solutions to shake up the Democratic establishment and energize voters across the political spectrum. That’s where The Opportunity Agenda comes in. Insightful, accessible, and compelling, it outlines tangible strategies the Democratic Party needs for long-term success. This is a must-read for anyone invested in the future of our country and the forgotten middle class.