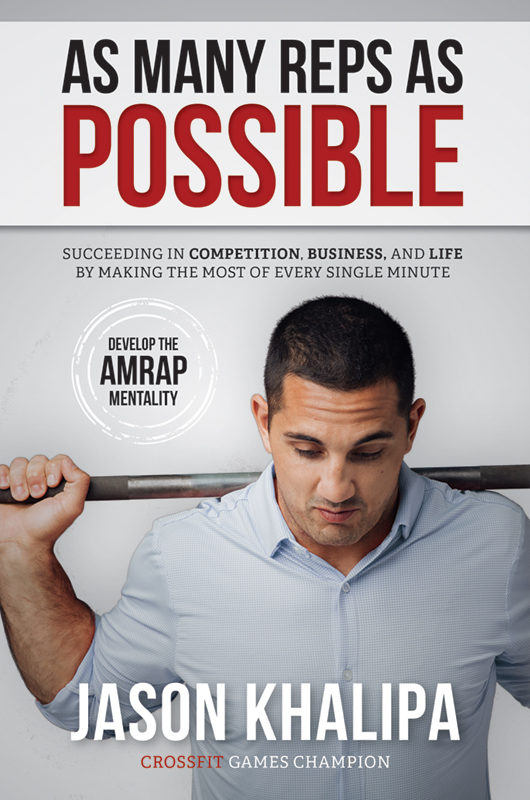 As Many Reps As Possible

Jason Khalipa may not be a household name, and honestly, he prefers it that way. Jason lets his actions and accomplishments speak for themselves: devoted father, world champion, global businessman. After years of rigorous training, Jason earned the title of Fittest Man on Earth and finished first in the 2008 CrossFit

Games. Hard work and insatiable drive paid off, and his company, NCFIT, grew to success.

Jason thought he had overcome insurmountable obstacles throughout his career, but nothing prepared him for the moment when his daughter, Ava, was diagnosed with leukemia. For the first time, Jason was tasked with facing what felt like the unfaceable. He had two choices: succumb to overwhelming anger, or jump headfirst into the fight. He chose the latter.

In his first book, As Many Reps As Possible, Jason reveals the invaluable principles that helped him and his wife dedicate every minute of their lives to Ava’s battle. The backbone of Jason’s

success is a simple and accessible process that, with dedication, will help you take control of life, harness your true potential, and triumph in every way. Borrowing from the fitness idea of completing as many reps as possible of an exercise in a given time period, Jason developed The AMRAP Mentality, a proven system that will help you discover your why, focus on what you can control, work hard—and ultimately blow past your goals. With clear insight, personal anecdotes, and directed reader exercises, this book will help you get where you’re going,

wherever that may be. Be prepared to dream big, dig in your heels, roll up your sleeves, and get to work.

The AMRAP Mentality is here. Life is waiting for you.