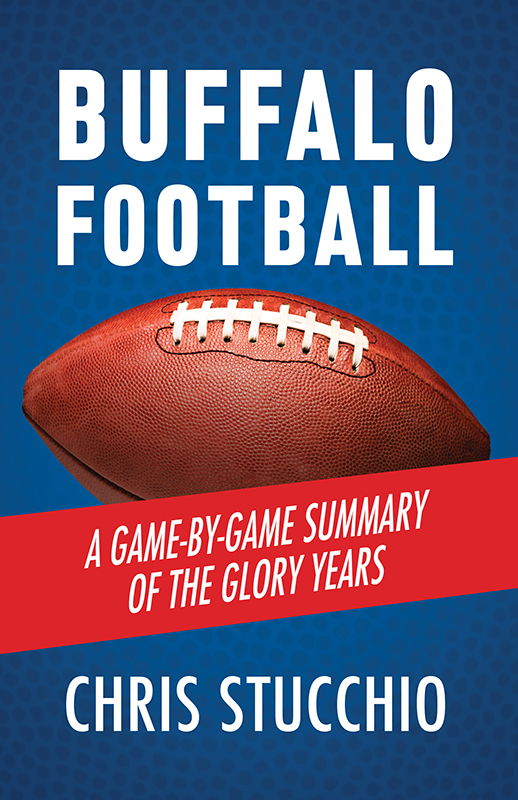 Buffalo Football: A Game-by-Game Summary of the Glory Years

Buffalo Football includes interesting facts, statistics, and scoring information for every meaningful game the Buffalo Bills played from the start of the 1988 NFL regular season until the day they lost their fourth consecutive Super Bowl in January 1994. It also contains insightful postgame quotes from some of the players and coaches involved in those contests, such as Jim Kelly, Thurman Thomas, Bruce Smith, Andre Reed, Darryl Talley, Steve Tasker, Marv Levy, Bill Parcells, and Don Shula. Other than a Super Bowl victory, what more could a Buffalo Bills fan want?

Chris Stucchio earned a B.A. in English from Buffalo State College in 1990. His nonfiction has appeared in the Buffalo News and Buffalo Spree magazine, and his creative nonfiction has been published in an annual print literary journal edited by a Pushcart Prize-winning author.