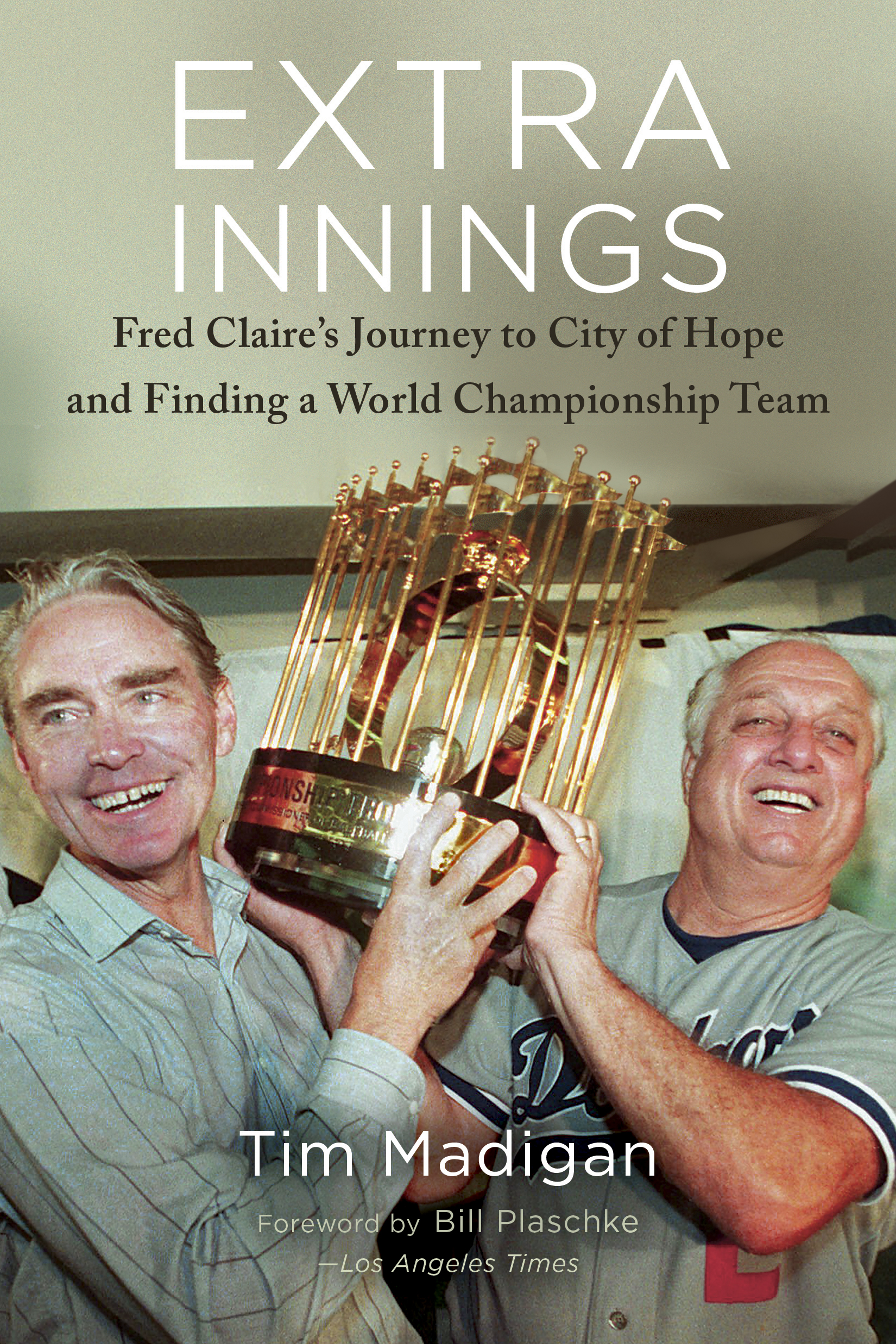 Fred Claire served 30 years as an executive with the Los Angeles Dodgers. He was the team’s Executive Vice President and general manager from 1987 until 1998. During his tenure, Claire earned a reputation for his integrity and for his fighting spirit that built what ultimately led to the team’s last World Series championship in 1988. His drive and determination in the face of opposition and doubt from all sides became a defining trait not just of his time with the Dodgers, but of who he is as an individual.

In the spring of 2015, Fred would again tap into his fighting spirit after being diagnosed with skin cancer that later migrated to his jaw. Again, the odds were against his survival, but Fred was determined. This time, he found his championship team at City of Hope National Medical Center in Duarte, California. Equipped with cutting-edge technology, frontline research, and staffed by top oncologists, City of Hope was the perfect home base for Claire’s treatment.

Extra Innings highlights how both the landmark career of Fred Claire and the remarkable rise of City of Hope exhibit mutual endurance and give promise to those facing cancer diagnoses.

All proceeds from book sales will be donated directly to City of Hope.