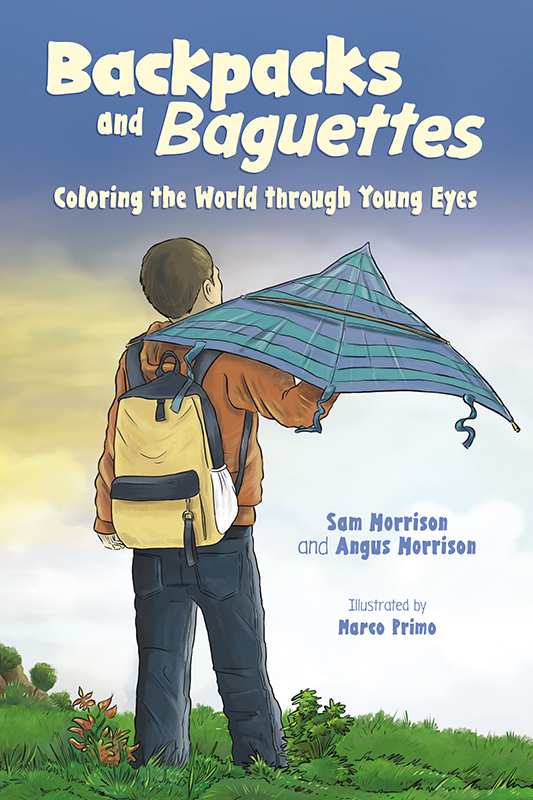 Backpacks and Baguettes: Coloring the World through Young Eyes

by Sam Morrison and Angus Morrison

You’re only a child once. Capturing the world through young eyes is difficult. Backpacks and Baguettes attempts to better understand what children think, see, feel, and smell when they are traveling. Everything is new, and everyone is a possible friend.

Your guide is Sam, a half-American/half British boy who so far in his young life has been lucky to grow up in Paris and Washington, D.C.. Sam loves soccer and food and is curious about how people in other countries lead their lives. He thinks graffiti and street art are better than postcards to truly understand a place. He’s even included some authentic global graffiti in the book for you to color. He’s also left space on the back of each image for you to draw your own graffiti or take notes.