Skip to content
SUBMIT YOUR BOOK IDEA
Mascot author Jason N. Smith was recently invited to speak and be a panelist at the 2015 AJC Decatur Book Festival in Decatur, GA.  We asked Jason to share his experience with us as a first time author at the festival.  Jason’s book Awakening: The Blood Rock Prophecy is available now and the sequel, Origins, will be released in 2016. 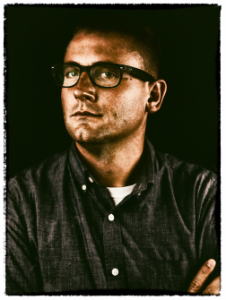 Writers, books and panels, oh my! The AJC Decatur Book Festival is an annual paradise for anyone who loves reading and/or writing. Every year during Labor Day weekend, the book festival attracts more than 50,000 people to Decatur, GA, a historic and liberal suburb of Atlanta. In the center of the family-populated southern town sits a beautiful stone courthouse, which serves as the epicenter of the yearly book celebration. Being the largest independent book festival in the United States, the Decatur Book Festival provides an extensive array of genres from picture books and poetry to horror and erotica; everyone is welcome at this gathering for the love of reading and writing. There are age and genre specific events throughout the weekend that make the book festival more appealing and interactive than most I have witnessed. The feeling of acceptance and literary excitement runs fluidly throughout the entire venue alongside the smell of delicious food and delicacies from local vendors, most of whom are dedicated to organic foods. The AJC Decatur Book Festival dedicates itself to harboring and promoting new and established authors alike. Are you a new self-published author? No problem, you will be welcomed with open arms by the festival staff and organizers as well as the attendees and other authors. This is a celebration of literary creativity and not a “bragfest” for #1 bestselling authors. Because of this, I was lucky enough to speak at two different venues offered to authors this year: the Emerging Authors Stage and the AWC (Atlanta Writer’s Club) Urban Fantasy stage. I paid for my spot at the Emerging Authors Stage (a small fee of $185, which included a five minute talk and a ten minute book signing) and was invited to the AWC panel, which is reserved for members of the organization. It was invigorating both intellectually and creatively to see all of the different types of books present at the Emerging stage, which is open to all newbie writers. Authors spoke every ten minutes with a small break between talks. I have to be honest, and say I became extremely nervous just before going on stage, but seeing the other authors speak about their works helped tremendously. Again, some were self-published and others were with publishing houses; some had just published their first book, like me, and others were speaking about their third or fourth books. I got on stage and let the passion and excitement about my debut book take over as I spoke to a group of around fifteen people. It was an immensely satisfying first public appearance for me as a new author and I’m so glad I took the chance and registered. However, the AWC Urban Fantasy panel was a much more formal affair, but an incredible and motivating experience. There was a moderator, Julia (Julie) McDermott, who wrote the thriller Under Water. I was on the panel with fellow Atlanta-based urban fantasy writer, Allan Kemp, who was hilarious. We were in an auditorium of around forty attendees. Allan and I had a fantastic time being on the panel together. It was the first time I had had the chance to speak about my book face to face with so many potential new readers. It was an unforgettable moment in my life. After our introductions and a few guiding questions from our moderator, some people in the audience asked great questions to both of us. Allan and I were really able to feed off of each other’s energy, which is not always the case. Near the end of our panel, one woman asked the question: “Do you write for the money?” I answered honestly and said “no”, as did Allan. My goal is not necessarily to be a bestseller, but to inspire others with my debut YA novel Awakening, the first book in The Blood Rock Prophecy, which is a coming of age story intertwined with lgbt, adoption and other familial themes. Would I like to make a lot of money? Yes, but that’s not why I started writing my story and creating my characters and I think most authors would say the same. After the forty-five minute panel, we had a twenty-minute book signing outside the auditorium. I sold six books and could not be happier because these were people I had never met and just from hearing me speak wanted to buy my book. Maybe the coolest experience was signing the shoes of two little girls who were dressed up like Harry Potter. They wanted signatures from all the authors they saw. Things don’t get much better for a new author than that. That feeling of literary excitement encapsulates the essence of the AJC Decatur Book Festival. If you love books, writing or are looking to find a potential publisher/printer, this is the event for you. There are no judgments here, only a shared love of reading, writing and discovering new talent. So, plan your trip now and head down south to Decatur, GA next Labor Day weekend for a literary immersion unlike any other in the United States. Jason N. Smith Author of Awakening: The Blood Rock Prophecy 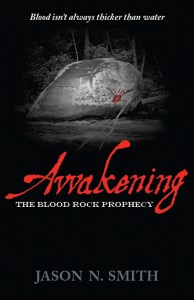 For more information on the AJC Decatur Book Festival, visit www.decaturbookfestival.com and follow them on Twitter at @DBookFestival.