Family Pride  A fictionalized but fact-based short novel that puts you in the plane on a real life adventure to showcase the famous MGM Lion back in the roaring 20’s.

Meet Martin Jensen, a hotshot pilot whose adventurousness doesn’t stop him from being apprehensive about flying with a caged lion, and Melvin Koontz trainer of Jackie  aka  ‘Leo’ . His patience with the animal doesn’t always extend to people who can’t quite grasp that Jackie is, really, a pussycat.

Jensen is recruited by MGM studio head L.B. Mayer to fly Jackie cross-country on a promotional stunt, along with Koontz, who has a bit of a buddy-comedy odd-couple friendship with Jensen.

That becomes more important as things go awry over the Mountains of Arizona, with the two men relying on each other — and the kindness of strangers — when they and the lion are lost on the ground.

Family Pride packs a sense of history, along with old world Hollywood glamour including many photos of Jackie never seen before and with positive reviews from CNN and the Hallmark Channel,  Family Pride will make you think differently about the MGM lion the next time you see it roar.

My Father’s Son When Nathan’s father, a decorated Navy SEAL, is killed in combat, he must rely on his father’s teammates for direction as he learns to become a man. The normal struggles of adolescence are amplified while growing up in the shadow of a war hero, and a young man’s future hangs in the balance. No one is safe from the scars of war in this funny, heart-wrenching, poignant novel. 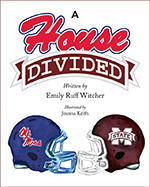 Long ago, in Mississippi, A decision was made To create two schools That still remain today. Ole Miss, as it’s fondly referred, And Mississippi State, the Bulldogs’ turf. A rivalry ensued That remains, still, today A house divided, it caused Some folks may say. 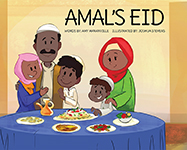 Meet Amal. Amal is in the third grade. He loves playing outside, hanging out with his little brother Youssef (sometimes!), and eating Bengali sweets. Today, Amal is celebrating Eid al-Fitr with his family and he wants you to join in the celebration. Learn about Amal’s special family traditions as they celebrate the end of Ramadan. 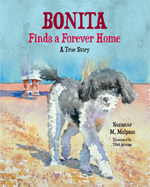 A tiny dog is brought home to a place where the loud noises are too much for her. Will she find a place that makes her feel safe?
Follow Bonita on this journey and discover how you can help animals just like her.

Even When I will always love you…Even when you absolutely, positively brush your teeth – and miraculously leave a dry toothbrush behind. 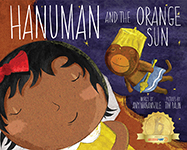 Hanuman and the Orange Sun

“When Hanuman Dada was a baby,” began Amma, “he saw the sun in the sky and, thinking it was an orange, jumped up to take a bite…” The rest, as they say, is history. Following along with Harini as she learns the stories of Hanuman Dada, the Hindu god, for the very first time. 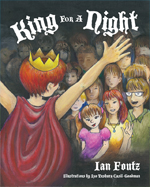 King for a Night

When Elliot’s teacher picks him to be the Emperor in the class play, he is excited, scared, and nervous. He’s never been the lead in anything before, and he wonders if he’s got what it takes. It doesn’t help that some of his classmates (and even his own sister) seem anxious for him to fail. When disaster strikes, can Elliot rise to the challenge and earn his crown, or is he doomed to suffer another royal embarrassment? 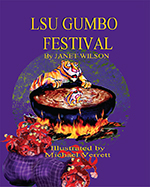 LSU Gumbo Festival The people attending had not a care as the aroma of gumbo permeated the air. Enjoying the festivities, Gumbo strutted around. His head swelled with pride, no hat could be found. Amidst all the gaiety, there stood a black pot. Gumbo had a revelation right there on the spot. He looked in the caldron, and what did he see? Crawfish a’swimming, “Oh, no, then they’ll add me!” 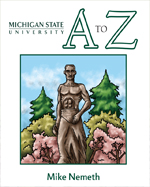 A book for Michigan State fans of all ages. 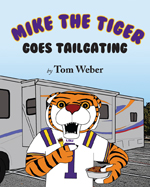 Milk and Cookie a Little Spooky Accompanied by vivid and whimsical illustrations, Milk and Cookie a Little Spooky depicts the plight of cows and calves on today’s large dairy farms using a factual, scientific framework. The book shines a light on the unique connection between female mammals, both human and non-human, and their milk. Using an approach on common sense and healthy choices, it advocates the cow’s right to do what’s natural for her –nurture her baby-, promotes empathy, raises awareness around issues surrounding the drinking of milk, and emphasizes the overall benefits of a more compassionate, dairy-free lifestyle.

The Best Liquid Sunshine Have you ever wondered what it would take to start your own business? Join John, Jeff, and Thomas as they learn the economic concepts needed to run a successful business. 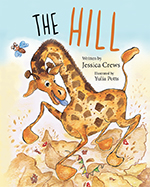 The Hill Is BIGGER always BETTER? Grant is just a puny little ant, while Jermaine is a gigantic giraffe. Jermaine thinks he is the head honcho, but is he wrong? Read along as Jermaine and Grant learn valuable lessons about life and friendship. 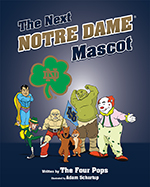 The Next Notre Dame Mascot Mascot Mike does flips and rallies the fans to cheer on his Notre Dame Football team. Mike knows it’s his time to retire. Who is going tobe the new mascot? An Ogre? A clown? Maybe a superhero? Find out who gets to be the next Notre Dame mascot! 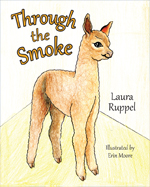 Through the Smoke When newborn alpaca Smoky finds himself without his mom, he sets off to find help. Join Smoky as he makes new friends on his search for a family. 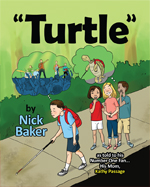 “Turtle” A child with multiple disabilities is teased by his schoolmates, but guess what happens. This is a story about hurt feelings and making friends. It is about having people not like you, even when you can do special things, just because you are different from most other kids.

‘Twas the Night Before Game Day Join a mini-Mountaineer fan as he experiences a West Virginia University football game. See the passion and love the state of West Virginia has for WVU and its football program. Read along as the mini-Mountaineer goes on an adventure around Milan Puskar Stadium and watches his favorite team win! Can you find any words that rhyme as you read?