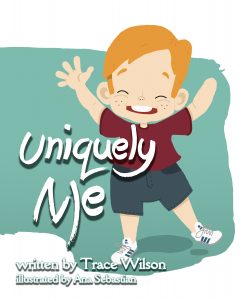 In less than a year, a simple story written and saved in the notes application of my phone transformed from a far-fetched idea into a colorful book in the hands of hundreds of children. If you had told me a year ago that by my senior year of college I would be a published children’s author giving interviews on NBC, I would probably have listed a hundred reasons why that wasn’t possible. Luckily, as it turns out, there are far more resources out there to help doubters like my former self than you might think. Around 2:00am on May 2nd, 2015, a time of night when most reasonable adults sleep and most college students thrive, I sat and contemplated. I knew I wanted to leave my mark on the world, to help others in whatever way I could. I briefly thought of the children’s story in my phone, the story I had written on a whim in the car during a road trip almost two years earlier. That story could help others; it could make millions of children happy. However, I had absolutely no idea how to make it a reality or to get it into the hands of those children. I had browsed the crowdfunding website Kickstarter several times in the past, an incredible community made up of thousands of projects looking for funding and receiving it from millions of individuals around the world. As a last ditch effort to bring my story, Uniquely Me, to life, I decided at 2:00am to launch a Kickstarter campaign. 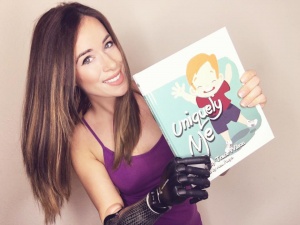 Kickstarter makes campaign creation quite simple, allowing almost anyone to make an attempt at funding their project. I set a time limit of 60 days and a goal of $5,000, which I believed would be enough funding to hire an illustrator and subsequently self-publish Uniquely Me. If I’m being completely honest, I did not originally put a tremendous amount of thought into what would happen if I managed to meet my goal. “Surely,” I thought, “it’s very unlikely that I’ll raise enough money.” 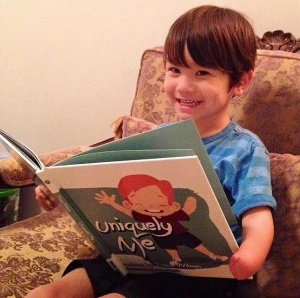 Kickstarter has a very unique funding and reward system, which allowed me to set specific reward tiers and rewards for individuals who donated certain amounts to the campaign. As a stereo-typically broke college student, I decided that most of my rewards would simply include autographed copies of Uniquely Me. In addition, a few reward tiers would give individuals the opportunity to be named on a “Special Thanks” page in the book. If I was able to raise the $5,000 within 60 days, I would receive all of the donations. However, if I was even a dollar shy, I would receive nothing. This means that any individuals who donate through Kickstarter don’t have to worry about donating to failed projects. After sharing my campaign through social media, I was astounded: news of my project spread like wildfire. Before even 30 days had passed, I had already reached my donation goal. I was contacted by Mascot Books and began working with them on everything from editing, to finding an illustrator, to marketing and distribution of Uniquely Me. After deciding to work with Ana Pueyo, an illustrator from Spain, the next several months were a whirlwind. 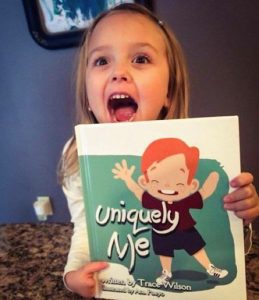 At the end of it all, Uniquely Me was released January 5th, 2016 and is now available online and in-store at Barnes & Noble, Amazon, Target, and several other retailers. Around 900 copies have been sold and my second print run, made up of 500 more books, was recently finished. I have successfully launched an official website, and a few months ago I was interviewed by multiple news stations including NBC Washington. Overall I am incredibly grateful to everyone who has supported this project, and especially the team at Mascot Books for all of their hard work. I also hope this sheds some light on the process I went through to bring Uniquely Me to the world. Finally, I am extremely excited and proud to announce that I have launched a second Kickstarter campaign very soon to illustrate and publish a second book, the beginning of a large project to turn Uniquely Me into a thriving children’s series! 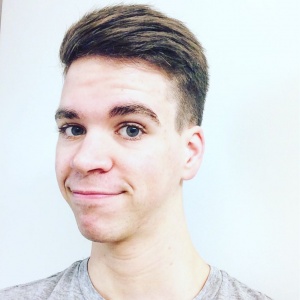 -Trace Wilson, author of Uniquely Me.