‘Tis the season! These festive times call for not just one day of book releases, but two! Bundle up with a blanket and get reading, and don’t forget to come back on December 8th to receive more books on our second release day.

A Day at the Pumpkin Farm 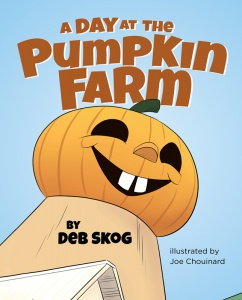 Hello!
My name is Happy Jack, I am happy as can be.
I stand tall at the Goebberts, there are many things to see.
I look around and watch all day, and smiling is the key.
Come along and spend A Day at the Pumpkin Farm with me!


Be A Big Hero 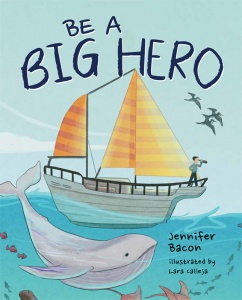 With a message that is as educational as it is heartfelt, Be a Big Hero takes the readers on a journey that follows plastic and litter as they make their way into our oceans. Detailing the human actions that allow for trash to pollute the seas, this lyrical tale gently teaches children about the harmful effects of littering and the overuse of plastic on the environment. With uplifting words and encouragement, this book explores the ways in which we can all be heroes—and how we can help take steps to be better global citizens. 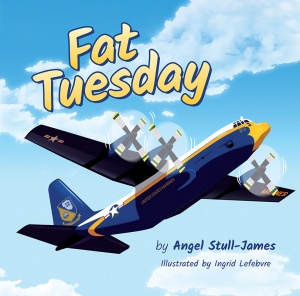 You may think of Ernie when you hear the name Bert.
But in Pensacola, Florida we immediately think of our girl the Herc.
A Hercules named Fat Albert for a girl you say?
She’s big and she’s beautiful ﬂying over Perdido Bay.
Carrying our Angels high in the sky,
As we wait and watch for her to ﬂy by. 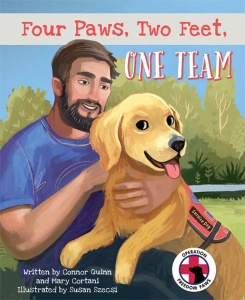 By Connor Quinn and Mary Cortani

Four Paws, Two Feet, One Team is a book about a rescue puppy named Dakota that grows up to become a service dog. Dakota is found in a field with his brothers and sisters and taken in by a woman named Mary Cortani who runs an organization called Operation Freedom Paws. As Dakota grows up and dreams of becoming a service dog, he is eventually matched with a combat veteran suffering from PTSD. As they train together and bond, Dakota goes from being rescued to being the rescuer.


From Screen Time to We Time 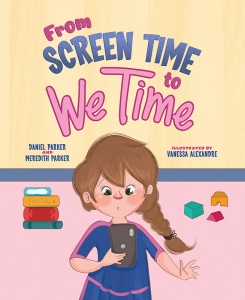 By Daniel Parker and Meredith Parker

When Kaitlyn becomes enchanted with a new device she just can’t put down, it begins to take her away from her favorite activities. Before long, her mom and dad take notice. Will Kaitlyn, together with her parents, find a way to replace her screen time with something more meaningful? 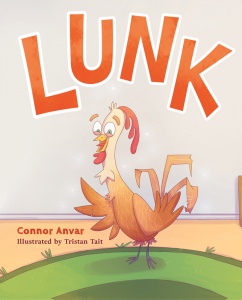 Lunk is an ordinary chicken who desires to become something greater. As his wish comes true, he wonders if his new life will bring him the happiness he was expecting. 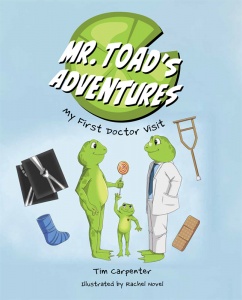 In this helpful tale, children are walked through all of the steps they will experience when they visit a doctor for the very first time. With the help of a colorful set of amphibious friends, Mr. Toad’s Adventures: My First Doctor Visit sets expectations and gently explains all of the procedures and sensations that young people will discover during this new experience. With a sense of childlike wonder, this story aims to ensure that children grow positively as they mature into adulthood. The Mr. Toad Adventure Storybooks encourage and promote positive experiences for children of all ages, and are timeless tools for building confidence in a big world. 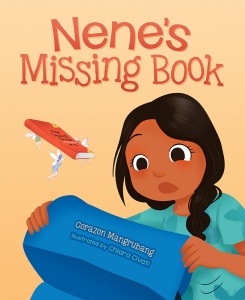 Nene loves reading. When her favorite book goes missing, she spins her own tale of the finders-keepers fairies, who must be keeping it somewhere secret. Follow along as Nene searches for her book and finds something better than she could have imagined in Nene’s Missing Book. 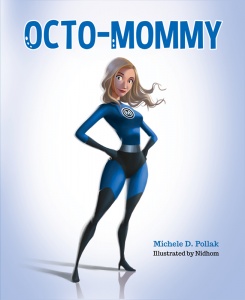 A superhero is born. Dana is an ordinary girl until she finds out that she is going to be a mom. She feels an unusual and unfamiliar feeling run throughout her body. Is it a supernatural power? Could it just be first-time jitters? Is her maternal instinct kicking in?

During her first moment of crisis as a mom, Dana finds out how capable and heroic she can be. With humor and intriguing details, Dana’s adventure as Octo-Mommy captures the attention of moms and children of all ages. 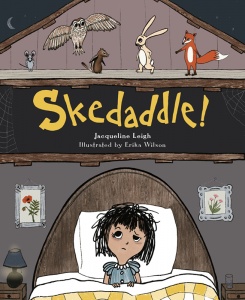 “Tonight, Nellie is definitely not getting any sleep…Or is she? Jacqueline’s clever and hilarious tale of nighttime misadventure is sure to please even the toughest nut!”


So You Want a Pet Dragon? 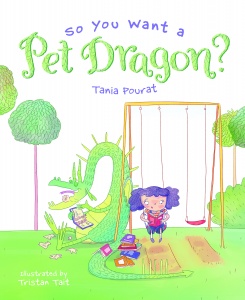 Taking care of a pet is no easy task, and a dragon is no exception. Luckily, this book has all the tips and tricks you’ll need to take care of your very own feisty, fiery friend. Simply follow this advice, and see for yourself how rewarding owning a pet dragon can be!


The Bird Who Was Afraid of Heights 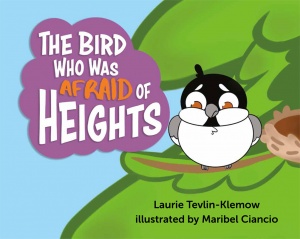 Butters is a bird who is afraid of heights, and his peers never let him forget it. But when he spots danger in the distance, will Butters muster up the courage to leave the nest? Follow along with Butters as he finds the courage to face his biggest fear.


The Day Zebra Lost His Stripes 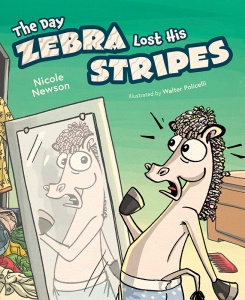 Imagine waking up one day and the one thing that you feel defines you, that you’ve put all your love and energy into, is suddenly missing. What would you do? In this story, Zebra loses the one characteristic that he believes defines him…his stripes! Follow along with Zebra as he finds out what happens when he is forced to focus on people, places, and things other than himself. 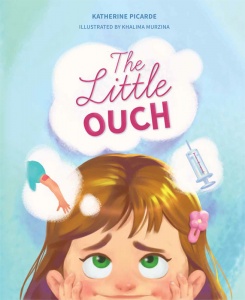 When it comes to getting her flu shot, Penelope is NOT amused. It makes her SCARED and NERVOUS and QUEASY and SICK and SWEATY! Will she be able to overcome her fear of The Little Ouch? 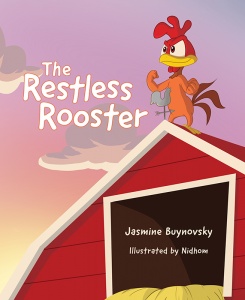 Rudy is a rooster unlike any other. He loves to dream big: he wants to fly! But his barnyard friends doubt that he can take to the skies, especially when he can’t even wake them up on time. Rudy doesn’t let their doubt stop him, though! Follow Rudy as he soars through his obstacles, because anything is possible if you believe!


The Search for the Scepter 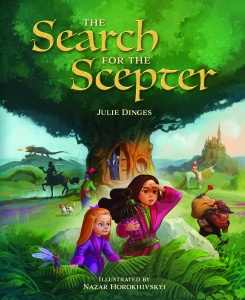 When Princesses Rosalie and Scarlet
went to bed on a breezy summer night,
they didn’t expect to awake to such a fright.

Their father, the king’s, scepter was taken by a thief.
The royal family was in utter disbelief.

The princesses sneak out of bed and find a small clue.
Their mission is clear, they know what they must do.

Along their journey, they meet friends who help them track the thief down. Will they find him and return the scepter to their father who wears the crown? 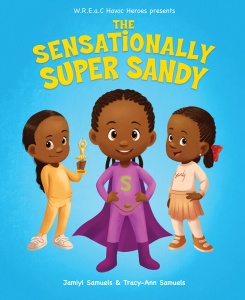 By Jamiyl Samuels and Tracy-Ann Samuels

Sandy Taylor thinks her brother Amani is weird because he doesn’t talk. After Mommy and Daddy explain why he doesn’t speak, Sandy realizes how important it is to be kind to someone who appears to be different.

When Sandy sees a girl at her school being bullied for being different from the other kids, she has a choice to make. Will she ignore it, or will she step in and save her?

W.R.E.a.C Havoc Heroes presents the story of a girl who learns to accept people as they are. This is a tale about UNDERSTANDING and a willingness to show compassion to others. 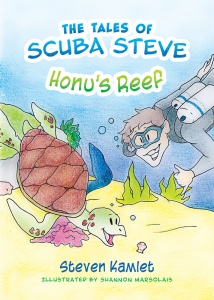 The Tales of Scuba Steve: Honu’s Reef is a about a young boy named Ben, an excited young camper returning to Camp Oneega at the start of summer. Ben quickly reunites with his camp friends, Oliver and Al, and their counselors. As the boys catch up, they begin to wonder whether this is the year they will finally be placed in Scuba Steve’s swim group.

With luck on their side, they are asked to join Scuba Steve’s group…and that’s when Ben and the gang are teleported to Hawaii, where they experience undersea adventures with  Scuba Steve and the local turtle, Honu!

Dive right in and join the adventure! 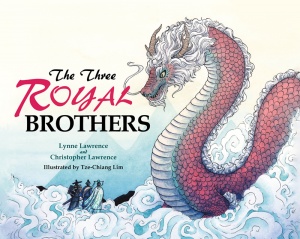 By Lynne Lawrence and Christopher Lawrence

In a land of legend and mystery, three infant boys were born at the same time, of the same parents. Their unique birth was foretold centuries before by the sages of a great emperor. When the youths reached the age of maturity, they were sent on a quest to prove themselves worthy of their birthright, pursue the legend, and fulfill the dreams of their lineage. Follow them on this magical journey as they are tested and tried in mind, body, and soul. 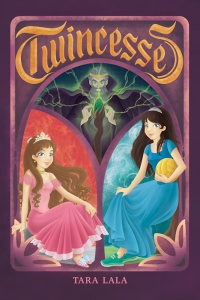 Twin princesses Topaz and Lotus are separated at birth due to a curse from an evil sorcerer. When they are accidentally reunited, they’ll have to risk their magic and the fate of their countries to face a greater evil. In spite of being complete opposites, will they be able to stop the evil sorcerer together? Or will he steal their magic and rule their home forever?


Who is the Alpha? 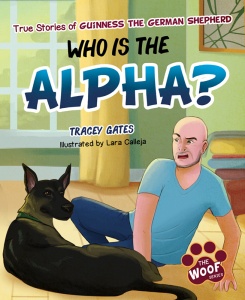 Guinness was a perfect angel around his mom. However, he didn’t always see eye to eye with his dad. His shenanigans and battles to prove he was indeed the Alpha (a.k.a. king of the house), will leave you laughing and wanting to read more… until then, “WOOF”! 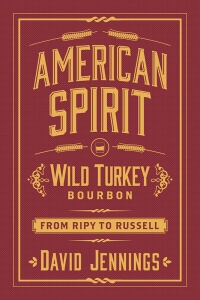 The story of Wild Turkey is in many ways the story of bourbon itself. From the struggles of nineteenth-century immigrants, to the triumphs of the longest-tenured master distiller in the world, a bold, uniquely American spirit emerges.

American Spirit: Wild Turkey Bourbon from Ripy to Russell is a tribute to the perseverance of two families, each perfecting their passion through extraordinary circumstances. It’s a testament to Jimmy Russell and his sixty-five years of unmatched dedication to quality. And much like a glass of fine bourbon, it’s a journey – a personal reflection on something carefully crafted over time. This book is a love letter to Wild Turkey that all bourbon enthusiasts can raise a glass to and enjoy.


Max Out Mindset: Proven Strategies that Prepare You and Your Team for Battle in Business, Sport, and Life 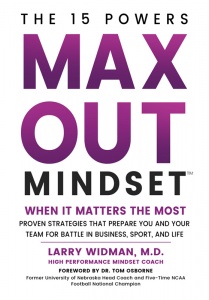 Over the past twenty years, Larry Widman has worked with some of the best teams, coaches, athletes, and other high performers in business, sport, and life. When it comes to elite per­formance, Larry knows exactly what steps are needed to achieve this goal.

In Max Out Mindset, Larry outlines these steps by recounting stories from coaches, athletes, and teams he has worked with over the years to share his insight on how to max out when it matters most. Using the fifteen powers outlined within, you’ll learn how to prepare for bat­tle, max out your mind, max out your emo­tions, and ultimately, max out your team.

Whether you’re a coach, athlete, or business leader, or just trying to improve your mindset for life, Larry’s stories high­light the struggles and accomplishments, the highs and lows, and everything in be­tween that accompanies pursuing the edg­es of elite.