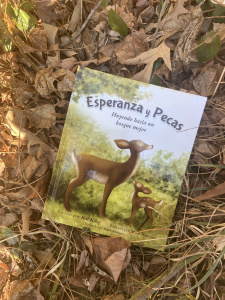 The Spanish translation of Hope and Freckles: Fleeing to a Better Forest, this book is about a mother deer and her little boy’s search for a better and safe home. When they arrive at a new forest, they face unexpected challenges that will force them apart. Kiley hopes this story will teach readers about the millions of people who face the same difficulties as refugees.

We spoke with him about why he decided to write a Spanish version, how his experiences as a police chief impacted the story, why we should have an open dialogue with children about serious global issues, and more!


1. Esperanza y Pecas: huyendo hacia un bosque mejor (Hope and Freckles: Fleeing to a Better Forest) addresses the plight of refugees and asylum seekers. What motivated you to want to write a children’s book about this topic?

The refugee and asylum seeker crisis at the southern border of the U.S. is what first brought my attention to the plight of people who were fleeing war, danger, violent criminals, starvation, political imprisonment, etc.  As I began to learn more about this global challenge, I was astounded to learn that there are more than 26 million refugees around the world.  Yet, when I would talk with friends and colleagues about refugees, it very quickly would become a politically polarized discussion.  While I would talk about the need to assist families or individuals, many would say “that’s not our problem.” I began to think about how I might get folks to understand the plight of the refugee and develop compassion and empathy for them.  That led me to write a children’s book that might result in parents, grandparents, or other adults reading the book with their little ones to perhaps see another side of this issue.

2. As a retired Deputy Police Chief and adjunct professor of Criminal Justice, how did your experiences impact your ability to tell this story?

As a Criminal Justice graduate student, I read and explored the causes of crime and its impact upon society.  History has demonstrated that often the refugee becomes the target of criminals, an “easy mark.”  Wave after wave of refugee-immigrants in New York City and other major cities were preyed upon as they struggled in a new land.  Many times, those who targeted the newcomers were people of the same national ancestry.

In my thirty years in law enforcement, I learned that the history of immigrants being targeted was still ongoing.  Many refugees have a deep fear and distrust of uniformed authorities, often fleeing from such individuals in their home countries.  Therefore, there is a natural tendency to avoid contact with the police. Criminals know of the immigrant’s fear and use that awareness as they victimize the newcomers.

3. Hope and Freckles was published in the summer of 2020. What made you want to publish a Spanish version a year and a half later?

When Hope and Freckles was first published, a colleague from Germany purchased several books and shared them with her friends.  She wrote me that people loved the book and suggested that it be reprinted in different languages, but especially in Spanish.  Over the past year and a half, many people from the Hispanic/Latinx communities have suggested that the book be printed in Spanish. The new Spanish version is the result of those conversations.

As I prepare to publish the second book in the Hope and Freckles series, I have decided that the future books will be bilingual, i.e., the narrative will be printed in both English and Spanish.  This approach may be useful for those whose native language is Spanish, but it may also be useful to those who are learning Spanish.

4. What would you like children to learn from your book? Why do you think it’s important for children to have open discussions about serious global issues? 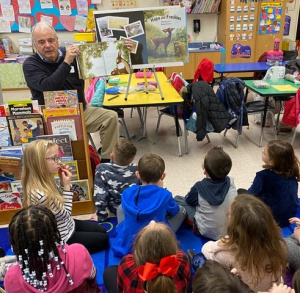 My hope is that the story of this mother and her little one may bring about an understanding of what refugees face as they flee from their homes, not knowing what will happen to them.  They often don’t know where they will wind up if they survive their journey.  And once we understand why there are refugees and asylum seekers, having compassion and empathy for them is the next objective of the book.

The decision to include both vocabulary words, as well as triggering questions that might be used by educators and/or parents, has been very well received. I would also like to note that the most challenging aspect of writing the first book, written for 7 to 10-year-old readers, was how to address the plight of refugees without traumatizing the reader.  How, for instance, would I address parents being sent back to their country of origin while their children remain behind?  The concern over possible trauma is the reason that I chose to use anthropomorphic figures rather than humans to tell the story.

5. Can we expect any more books from you? If so, what will they address?

The manuscript for the second book in the series has been completed, edited, and translated in Spanish.  My plan is to write a total of four books about the experiences of Hope and Freckles. Book two, Hope and Freckles: Life in a New Forest, addresses the issues of assimilation and acculturation in a new land. What kinds of things do newcomers face? Do they totally assimilate to the culture and ways of their new country? Do they hold onto any of the culture, traditions, foods, etc. of their former homeland?  One of the characters you will meet in the next book is “Nana” a lovely, older, white-tailed deer who becomes a guide and mentor for Hope helping her to adjust to her new surroundings.