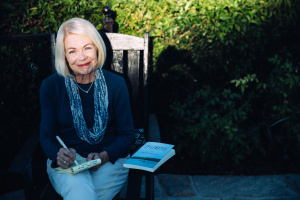 All authors have some kind of writing process: what happens in between writing that first sentence and sending the manuscript off to the publisher. Some might write addictingly for a few days and others might write over the course of a few years. Regardless of the time frame, every author needs somewhere to start and some structure to follow.

Mary Jo Hazard is the author of Stillwater, a highly anticipated novel praised as “compelling” and “thoughtful” by Kirkus Reviews and debuted as a number one new bestseller on Amazon in the category of Young Adult books about suicide. We asked her to share her writing process to help writers find the approach that works best for them: 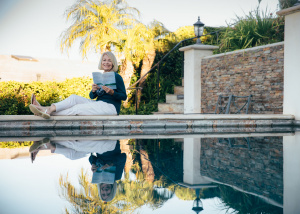 My writing process is ever-evolving, and it depends on what I’m writing. Over the last eleven years, I’ve written four children’s books and one novel. I’m currently in the beginning stages of writing that novel’s sequel.

The first book I wrote, The Peacocks of Palos Verdes, was a nonfiction children’s book written about feral peacocks that live in my area in the neighborhoods and canyons. The birds had been on the peninsula since the early 1900s, but when I tried to find a book about them for my grandchildren, there weren’t any. I took a deep breath and channeled my inner Toni Morrison who had famously said, “If there’s a book that you want to read, but it hasn’t been written yet, then you must write it.”

I was a little long in the tooth, a retired marriage family therapist, not an author. I’d written many psych reports, but never a book. Even worse, I knew nothing about peacocks. I asked Laura Henry, our children’s Librarian if there was a need for a book about peacocks, and she said she got requests for books about them all the time.

At that point, I realized that I had a niche market. I decided to start from scratch, learn a new craft and get up to speed as fast as I could. I signed up for a UCLA class on how to write a children’s picture book, researched peacocks in the library, on the internet, and interviewed city officials, peacock lovers, peacock haters, and spent hours observing the peacocks up close.

After I wrote my first draft, I joined the Millie Ames Writing Group at the Palos Verdes Peninsula Library, and I discovered the importance and the fun of having fellow writers read and critique my work. They encouraged me, supported me, and kept my enthusiasm up during the many months I was revising. 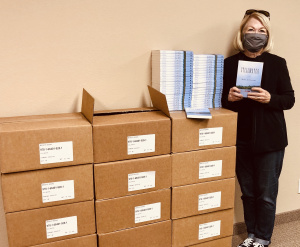 When the book was published, I established relationships with the principals and teachers in the area’s preschools and elementary schools. Every child loved learning about the peacocks that roamed our area. Writing The Peacocks of Palos Verdes taught me that a successful writing process involves a lot more than sitting in a chair in front of a computer. There’s a lot to it.

My coming-of-age novel, Stillwater, was a bit different. The book takes place in the 50s in the upstate New York village in the 50s where I grew up. I was familiar with the town but reluctant to rely on memory alone because I hadn’t been back in years. I flew back, met with the town historian, looked at lots of local pictures from the 50s, walked the streets, and took pictures.

While writing the book, I took several writing classes and workshops at UCLA and attended many writing conferences. I became an expert on the ’50s, listening to 50s music when I was alone in the car and sitting at my desk writing.

I continued with my writing workshop at the library and started a smaller intimate writers’ group, which met weekly to discuss our work and brainstorm. 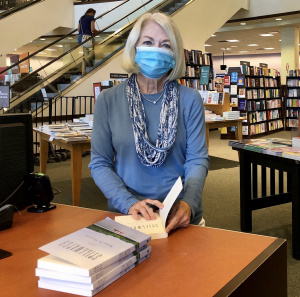 Now that I’m writing the sequel to Stillwater, I’ve become involved with a Facebook group called “Memories of Stillwater.” The members have shared lots of old pictures and memories with me.  I’m also researching the 60s and listening to music from that era.

The pandemic has changed so many things: no more in-person classes, workshops, or conferences. I could attend virtually, but so far, I haven’t. I write three or four days a week in my office from nine to five. My husband and I go for a walk around noon, and then I’m back at the computer until it’s time to start dinner. Sometimes I’m “in the zone,” and it’s difficult to stop writing, so I continue after dinner or get up at four the next morning when it’s quiet.

When I begin a new book, I make a few notes and develop an outline to understand the characters a bit better. I visualize the world they live in and let the scenes play out in my mind before I write them up. Once I’m four or five chapters in, the book seems to take on a life of its own and I can’t wait to start writing.

Ann Lamott, a writer I admire, said, “The only way I can get anything written is to write really really shitty first drafts,” but I can’t do that. I have to go back before I can go forward. I cannot start writing where I left off when I’m in my office the next day; I have to reread and revise. I cannot write an entire first draft and then go back and edit. I have to edit the last chapter before I go on—often, I revise the last two or three chapters because I’ve thought of things I should have included during the night.

When I’m done with my first draft, I put the manuscript aside for a couple of weeks before rereading and revising. Next, I have the book edited, give it to some trusted beta readers, take a deep breath and send it off to Mascot!