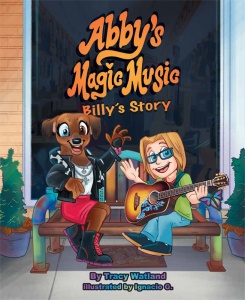 Abby’s Magic Music shop is where everyone wants to be. Whatever you’re looking for, Abby and her friends will help you find it. Peace, harmony, fun . . . even forgiveness. It’s all inside Magic!


Adventures of Texas Blue Heeler: Gunner Cleans Up The Neighborhood 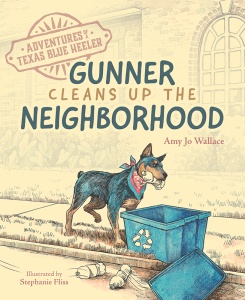 Meet Gunner, a handsome blue heeler from Texas whose pet peeves are pesky squirrels and litter in his neighborhood and green spaces. Follow Gunner on his morning patrol as he visits friends and works together with the community to keep his neighborhood clean! 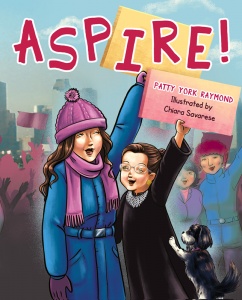 Join Jessica on her exciting weekend adventures. Witness some of the possibilities for her promising future as her mother reaffirms her daughter’s positive character traits. “You’re brilliant! You’re inquisitive! You’re strong!” says her mom. Observe Jessica’s growing sense of autonomy and self-empowerment while she explores a variety of careers and occupations. 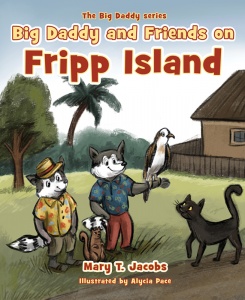 This story takes place on a seaward island off the coast of South Carolina, and is home to many species of birds and mammals. One day, two of those animals, Big Daddy and Rico, set out to find some new friends on Fripp Island. Their journey begins by meeting Ollie Osprey, who is busy building his nest for the season, but is happy to join the group on their adventure. As the day ends, Big Daddy and all his new friends gather on the beach to watch the sun set on the horizon.

Meeting new friends in every community is a learning experience that enables readers to see how each animal lives peacefully among the residents of the island. Mary Jacobs instills in the reader the beauty of nature, as well as the importance of kindness and friendship to both humans and animals. Her list of facts at the back of the book provides children with a desire to learn more about the life and habitat of the animal kingdom.


Big Mouth Sally Learns to Think Before She Speaks 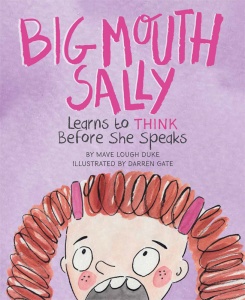 “If Sally would think first about what she wanted to say, then most of the time, she’d be okay!”

Big Mouth Sally finds herself in uncomfortable situations and quickly realizes that her words can be helpful or harmful to others. She discovers a five-letter word and learns how she can use her big mouth to make a BIG difference! 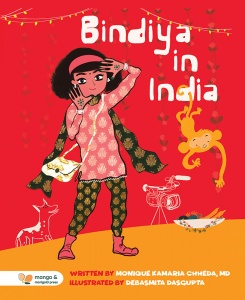 Bindiya in India is the story of a young Indian-American girl’s first trip to India for an Indian wedding. Weaving together Hindi and English, the children’s illustrated book takes place in the 1990s. Follow Bindiya as she meets her extended family for the first time, celebrates Indian wedding traditions, and creates memories  and bonds to last a lifetime. 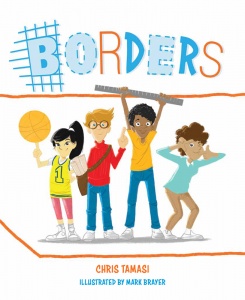 What if kids were in charge of making the map? Borders explores the invisible lines that define our states, countries, and continents, challenging readers to think outside “the way it’s always been.” If given the chance, how would you redesign our world? Let’s see what you come up with!

Go ahead—grab some paper, pick up your pen, and draw the world as you imagine it! 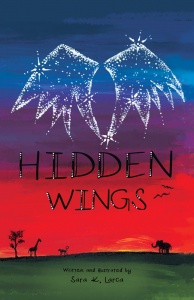 After making a nearly impossible decision, Rain was ready to begin a new life on Earth. Even though the young soul followed her heart she was faced with disappointments and hurdles on her journey to fit in. It wasn’t until a stranger helped her see accepting herself was most important, that Rain was finally able to find what she was looking for, in the most unexpected place. 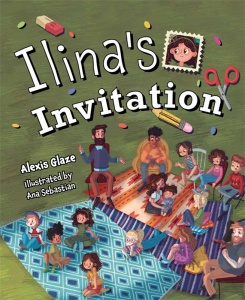 After making a nearly impossible decision, Rain was ready to begin a new life on Earth. Even though the young soul followed her heart she was faced with disappointments and hurdles on her journey to fit in. It wasn’t until a stranger helped her see accepting herself was most important, that Rain was finally able to find what she was looking for, in the most unexpected place.


Imperfectphil is Who I am! 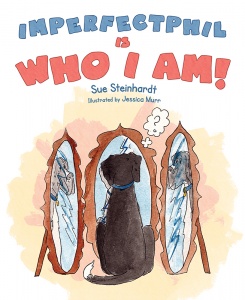 Hi! My name is Phil Basher, and I love life!
If you’re ever feeling down or starting to wonder what this journey is all about, read my stories.
I promise to bring you all the happiness and joy I can pack into my giant puppy body.
I won’t let you down because I’m perfect…I’m perfect…imperfect.
I’ll tell you more about this later.
Imperfect. Just. Like. You.
In book two which you are holding in your hands, you will learn what it means to know who I am. 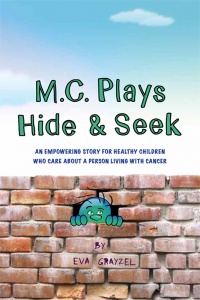 M.C. is a cancer cell who shares just enough information about the nature of the disease to promote dialogue and minimize fear. The scary part of cancer is the unknown. Learn about doctors who look for cancer. Understand feelings children experience and learn ways to cope. Empower children with knowledge and how to make a difference. M.C. Plays Hide & Seek strengthens communication and builds emotional health.


Mickey on the Move 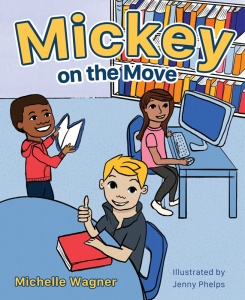 In this bighearted book, the real story of a young boy with deafness in his ears is aided by his mother and teachers in navigating new school experiences. Mickey is just like everyone else, except he has to do things just a little differently than most. This charming tale reminds us that we can all find happiness if we lean on and support each other. 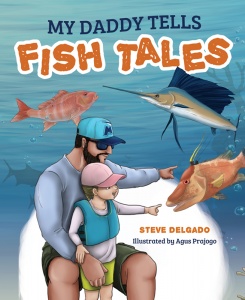 From a snook, to a grouper, to a snapper and beyond, Fish Tales are mighty exciting! Follow along as this father-daughter duo recount some of their best stories from out on the water. 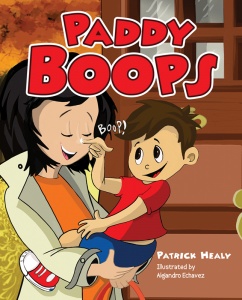 Paddy Boops details a day in the life of a small boy named Paddy, who tries to defeat boredom on a lazy autumn day. None of his typical hobbies lift his spirits–until his mother changes the direction of his day with a fun little BOOP! From that moment on, Paddy finds his siblings and friends who are also bored, and helps them get their day back on track, leaving them with a series of hilarious “boops” to brighten their day further. Paddy Boops reminds us that we can all find ways of turning bad days into good ones, as long as we have each other–and know how to give a good BOOP! 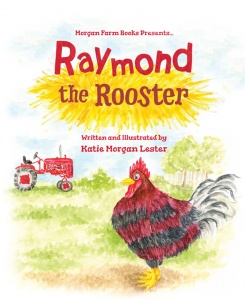 Raymond the Rooster lives on a farm
With many animals and a large red barn.
He’s on an adventure to find a new friend,
Will he learn an important lesson in the end?

A heart-warming story about friendship and inclusivity, Raymond the Rooster shows children that friends can come in every color, shape, and size and that what truly matters is who a person is on the inside.


Remember, Bed Bugs Have to Eat Too! 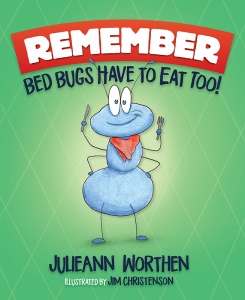 
The Secret Lives of Scientists, Engineers, and Doctors: Volume 1 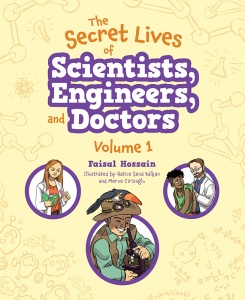 
The Secret Lives of Scientists, Engineers, and Doctors: Volume 2 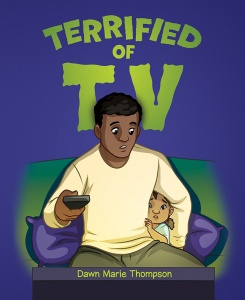 Television is a major part of our modern daily lives, oftentimes “on” and broadcasting much more than we realize. Terrified of TV deals with many of the subjects children may be exposed to through television. Even day-to-day newscasts may make children fearful of the events taking place in the world. This book lets them know that while there may be scary things around them, they can always talk to adults when they become afraid.


The Adventures of Forkman: What’s That Noise? 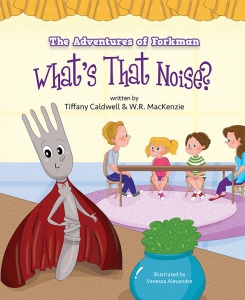 When poor manners are present, Forkman will be there to save the day! Join Kathryn and William as they learn how to load the dishwasher properly and avoid inappropriate distractions at the table with the help of all their utensil friends. This second book in the Adventures of Forkman series is a great introduction to mealtime etiquette for readers of all ages.

Friendship makes the world full of color!
Do you ever feel lonely and gray?
See what happens when you fill your world with colorful friendships every day. 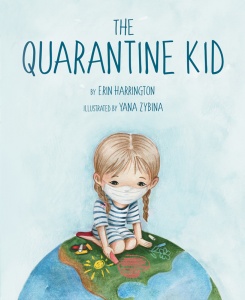 In an uncertain time, Addy navigates her way through learning to live, play, and cope with the challenges of a global pandemic. She discovers nature, spends quality time with her family (including her sister, Izzy!), and learns to live with her new normal. The Quarantine Kid follows Addy as she faces the unpredictable changes that come with the coronavirus. Follow along as she learns to adapt and make the best of a difficult situation!


The Secret Life of Sloan the Sloth 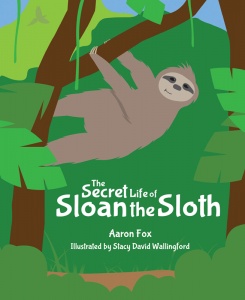 Sloan Steady is an average everyday sloth. He loves to swim. He loves to snack. He especially loves spending time with his friends. But when his friends need help, Sloan has a not-so-average, super-secret power. Join Sloan on a journey through his average day, which is anything but average. 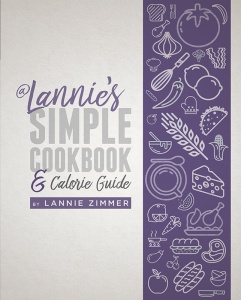 @Lannie’s Simple Cookbook and Calorie Guide is your simple guide to health-conscious cooking. Inspired by Lannie Zimmer’s years of home cooked meals, each recipe comes with a calorie guide and instructions that even the most novice of chefs can follow. With over a hundred recipes designed to satisfy, this cookbook has something for everyone. Happy cooking! 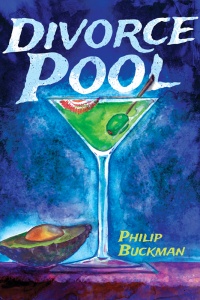 Four middle-aged friends scattered across the American Southwest search for new connections in the bustling madness of adulthood. They want more than what a standard landline call has to offer.

Clea, a legal counsel in California, is a single mom. Her friend, Muhammad, has recently been dumped by his partner of two decades. Esther is the carefree soul, shucking her tinctures and living on the road. And then there is Geo: the profile of American machismo who has it all, at least for now.

They meet once a year to play a game of their making; a game that will test their loyalty to one another as they navigate a world of jealousy, revenge, and celebrity. 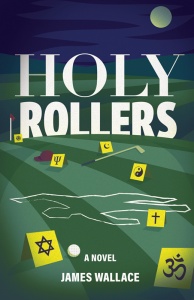 Max Azure, a professional golfer working for the Rolling Greens Golf Club, enjoys his life with a Zen philosophy and a keen sense of humor. He spends his days giving golf lessons, training aikido, matching wits with his best friend Mitch Treasure, and attempting to qualify for the upcoming U.S. Open. But all that changes when one of his regulars, Pastor Puttnam, is found dead on the thirteenth green; the police declare it an accident, but Max isn’t convinced. As more members of the local clergy are found dead, Max and Mitch team up to try and catch the culprit, but will they be able to find out who is behind the murders before another member of their community is lost? Holy Rollers combines dark suspense, psychology, and humor in this ace of a novel that will leave you guessing from tee time through the back nine.

Sobrietease 2: Make it a Double: Another Round of Musings on Life Without Booze 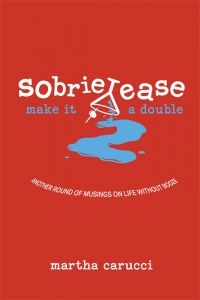 Sobrietease 2: Make It a Double digs deeper into what life without booze looks like for a suburban mother of three who is surrounded by it. In a culture that promotes socializing around the bottle—with “book clubs” that spend more time reading wine labels than actual books, and playground sippy cups filled with something stronger than just juice for moms—a life of sobriety is no easy choice. While Carucci swims upstream in the “mommy needs vodka” world, she accepts the challenge with a sense of humor, grace, and overwhelming gratitude.

Thank You for Walking Away: How to Overcome Life’s Challenges and Discover Your Purpose 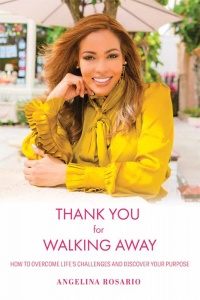 When a relationship ends, agony and distress can be overwhelming. A broken heart is genuinely shocking. You wonder, “It’s over. Now what?”

In the years following her own breakup, writer Angelina Rosario attended relationship workshops, hired a relationship coach, read numerous books on how to get over a heartbreak, and discovered that heartbreak could be an uncompromising teacher of authenticity, power, purpose, and even joy. Angelina didn’t learn how to tap into her power right away; her stubbornness and desire to suppress the pain caused her to be on a disruptive path longer than needed.

After accepting her new circumstances and finding the power within them, she not only overcame her heartbreak, but discovered her purpose. She shares that knowledge here, with recognizable narratives, insights, on-the-spot practices, exercises, meditations, and down-to-earth advice.