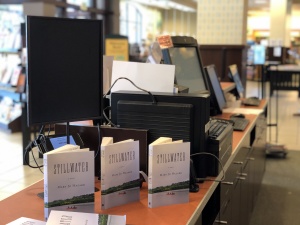 Our July featured title is Stillwater by Mary Jo Hazard! Since the novel’s release on July 7, it has been regarded highly. Stillwater debuted as a number one new best seller on Amazon in the category of Young Adult books about suicide and it has received glowing reviews. One Amazon reviewer wrote, “this tightly written coming of age story reminded me of To Kill A Mockingbird… On some levels, it’s an easy read and appropriate for the beach, but it will definitely make you think about your own life and how you’ve had to balance love with letting go.”

A coming-of-age story set in an idyllic village in upstate New York in the 1950s. Stillwater is the perfect summer read. Though written for young adults, the book also appeals to adult readers. Stillwater doesn’t hold back from important topics; it deals with mental illness and the devastating effects that it causes for the person, their family and friends. The protagonist, twelve- year-old Grace,  and her two best friends cope with these challenges during one hot summer filled with surprises, heartache, and fun under the watchful eyes of the townspeople.

We asked author Mary Jo some questions about her writing process, inspiration, and more! 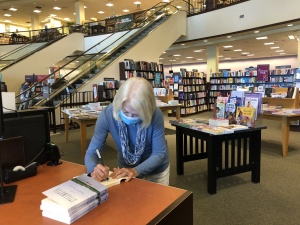 Stillwater is a “coming of age” novel. Is the character of Grace in any way autobiographical?
Grace is her own person, but I’m sure there’s a bit of me in her. My friends and I would dash out of the house after breakfast, grab our bikes, and take off. We’d build forts in the woods, swim in the river, play pickup baseball games, and drag ourselves home at dinnertime. Grace lives this idyllic life, at least on the surface. Like me, she also grapples with her father’s mental illness and the way it affects her life. 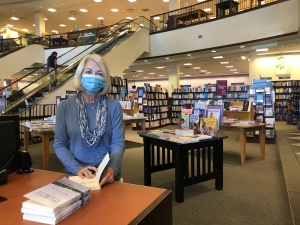 The setting of Stillwater is rich and atmospheric. How did the town of Stillwater come to be?
I grew up in Stillwater—a small town on the Hudson River in upstate New York. Historically, Stillwater was the site of the Battle of Saratoga in 1777, which took place in the northern part of the town during the Revolutionary War. It was a factory town at one time with factories lining the river banks, but over the years most of the factories burnt down. 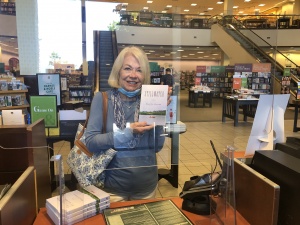