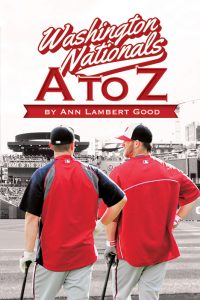 WASHINGTON NATIONALS A TO Z
by Ann Lambert Good Welcome to all you ever wanted to know about the Nationals! Follow along with Washington Nationals A to Z to discover everything about the Nationals since their beginnings in 2005, including yearly statistics, comparisons with the best in MLB history, background on D.C. baseball, and information on Nats players, managers, coaches, and the organization as a whole. 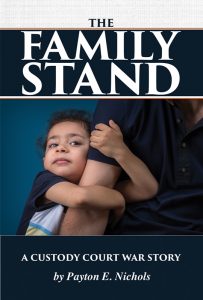 THE FAMILY STAND: A CUSTODY COURT WAR STORY
by Payton E. Nichols One brief online search will tell you how pervasive the problem of family court dysfunction really is. All around the world, judges and others involved in family law are acting in ways that further polarize family members, causing and encouraging alienation, disputes, animosity, resentment, financial ruin and even untimely deaths. Even something as simple as filing forms can be overwhelming when a person walks through those doors for the first time, simply attempting to find assistance at spending equitable time with his or her child. There are financial consequences of pursuing personal justice and equality when it comes to the right to retain one’s own income, which is necessary to provide a decent quality of life for your child(ren). To say simply that these individuals in the legal system “don’t care” would be grossly misleading. In actuality, many within and outside of the family court system actively work to bring on despair for family members fighting for the right to raise their children. This book documents not only the devastating encounters with my son’s mother and the family courts but also with their shameful influence on other social systems. My resulting outcry for justice is equally matched by an insistence that we, as responsible parents, work much harder at preserving and upholding the rights and interests of our children and the generations to follow. The bickering, posturing, denial of time, outright falsehoods, and other elements of the turmoil all serve to diminish the child’s potential for avoiding a maladjusted development in society. I appeal to all family members to police the courts and show up with your brothers, sisters, cousins etc., when it is the right thing to do. Conversely, when it is inappropriate to intervene and better to remain neutral, I advise that you do just that. 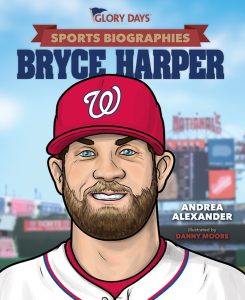 GLORY DAYS PRESS SPORTS BIOGRAPHIES: BRYCE HARPER
by Andrea Alexander Sports Biographies: Bryce Harper from Glory Days Press is a biographical children’s book about one of Major League Baseball’s biggest stars. Designed to help kids fall in love with books, young readers can advance their vocabulary while learning everything there is to know about Bryce Harper’s life. 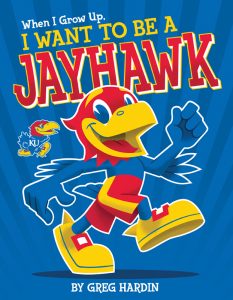 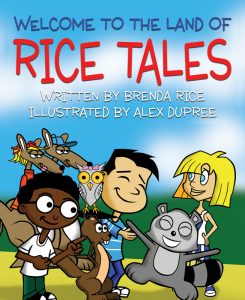 WELCOME TO THE LAND OF RICE TALES
by Brenda Rice One day, Gee 4 Gerry discovered two magical hedges in Cent Park. He stepped through the archway and was pulled into the Land of Rice Tales. As he brushed off the shiny sparkles from his clothes, he realized he was a little boy again. But when Gee introduced himself to the nearby children, they laughed at him. Will he stand up to the children? 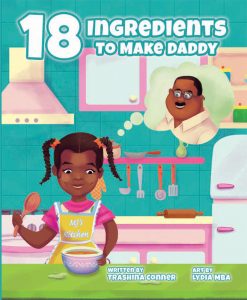 18 INGREDIENTS TO MAKE DADDY
by Trashina Conner 18 Ingredients to Make Daddy is a family children’s about the relationship between a daughter and father. Follow along with MJ as she looks for the right ingredients to make the perfect father! 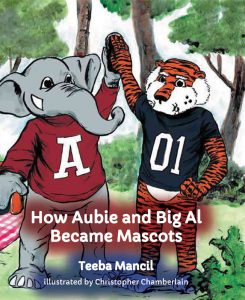 HOW AUBIE AND BIG AL BECAME MASCOTS
by Teeba Mancil Who says mascots can’t get along? Join Aubie and Big Al in this colorful children’s book as they travel back in time to discover their beginnings! Be prepared to learn some history along the way, too! 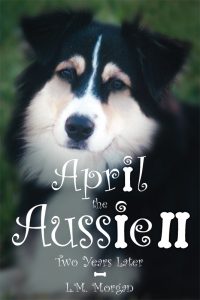 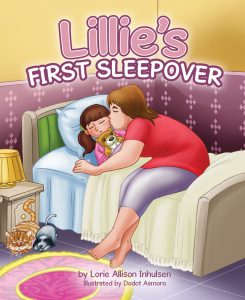 LILLIE’S FIRST SLEEPOVER
by Lorie Allison Inhulsen Lillie is excited to spend the night at Mimi’s house all by herself for the first time. She packs her favorite things, but when it’s almost time to go she gets a funny feeling in her tummy. Will Lillie go or will she decide to stay home? 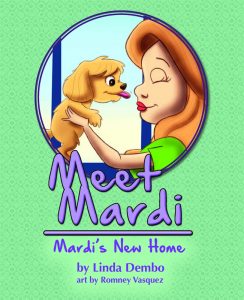 MEET MARDI
by Linda Dembo Meet Mardi is a children’s book by Linda Dembo. Join Mardi on her adventure to her new home! 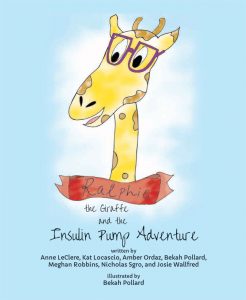 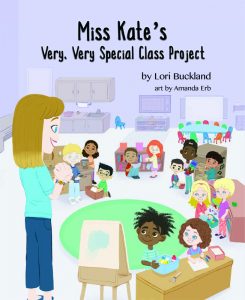 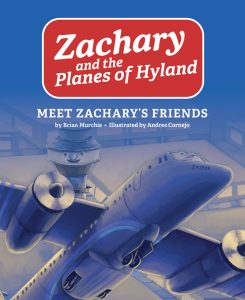 ZACHARY AND THE PLANES OF HYLAND: MEET ZACHARY’S FRIENDS
by Brian Murchie Welcome to Hyland, a tiny province where airplanes are the best way to travel between towns and cities.  Come meet Bruce, the cargo plane, Alexandra, from the flight school, and of course, Zachary, the favourite passenger plane of everyone in Hyland. Come fly with them and many of their airplane friends!

AMAL’S RAMADAN
by Bharat Babies Amal is back! Older than he was in his first book, (Amal’s Eid), our friend is ready to try his first Ramadan fast. That means no eating or drinking while the sun is in the sky. He’s very excited to fast like his parents and grandparents…but halfway through the day, he starts to feel dizzy. Will Amal make it to sunset without eating or drinking? And if he needs to drink or eat, will he be able to try again tomorrow? Join Amal as he learns about tradition and the love and support of family, even when things go differently than he planned. 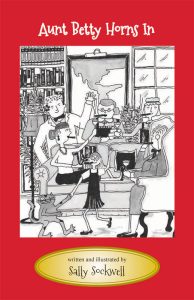 AUNT BETTY HORNS IN
by Sally Sockwell Aunt Betty Horns In is an early chapter book about staying humble and standing up for your beliefs without stepping on anyone’s toes. Emily and her aunts work towards equality for all creatures, and Emily shows that you can make anything happen with confidence, trust, and a little showmanship.

DON’T FEED YOUR PETS WEIRD STUFF
by Conor O’Neill Barry Don’t Feed Your Pets Weird Stuff is a children’s book with a friendly reminder that we need to watch what we’re feeding our furry friends. No matter how much they beg, there can be some pretty rough consequences if you feed your pets weird stuff, so please, just don’t! 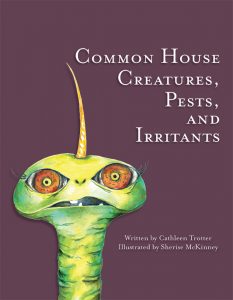 COMMON HOUSE CREATURES, PESTS, AND IRRITANTS.
by Cathleen Trotter and Sherise McKinney Common House Creatures, Pests, and Irritants is a children’s book by Cathleen Trotter. Ever wonder how the socks mysteriously disappear from the dryer? Or why toothpaste ends up everywhere? You just might find the culprit here! 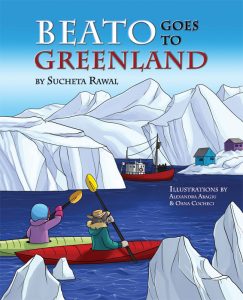 BEATO GOES TO GREENLAND
by Sucheta Rawal Beato Goes to Greenland is a children’s picture book by Sucheta Rawal. Journey with Beato as he leaves his home to explore the world. First stop, Greenland!