We just released a fabulous three-book, early-chapter series called Victor the Friendly Vampire by first-time author, Jeff Kessler. This project took about a year to produce from start to finish with some interesting twists and turns along the way.

When Jeff submitted the project, he imagined a beautifully-illustrated picture book. After finding the perfect illustrator for the project, Ukrainian artist Ann Azarova, production was underway. Author and publisher agreed the word count was too high for a picture book so we started the process of cutting the length to get under 2,000 words. During that process, two things became apparent: Jeff’s writing was excellent. As a result, the story ought to be expanded, not cut, so we pivoted on the fly. We challenged the author to turn his script into an early-chapter book. Jeff responded beautifully and the story’s full potential was realized.

Now what to do with the full-color illustrations that had already been commissioned? We used one for the dust jacket and the other illustrations were de-colorized and placed at key points in the story. The early-chapter book format worked so well, Jeff penned another two installments of the series: Victor and the Bullies and Victor Finds His Family. A proper series was born with all three titles being released this month just before Halloween.

Another seemingly subtle change was made. The setting—the author’s hometown in Northern Michigan—was given a greater emphasis in the story. If you read my last blog post, you know the various benefits of regional titles. Not only did change give the series a more personal feel, it’s created a buzz in the author’s community and has local bookstores clamoring to stock the series.

Projects can take you in a direction that you hadn’t imagined. Writing is, in fact, a process. As Jeff Kessler learned with his Victor the Friendly Vampire early-chapter book series, there’s no telling where the process will take you as long as you’re open to the possibilities. 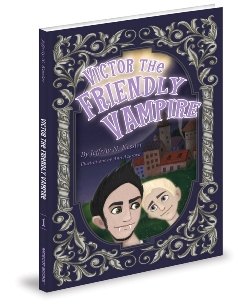 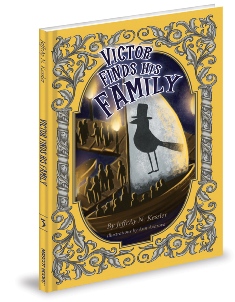 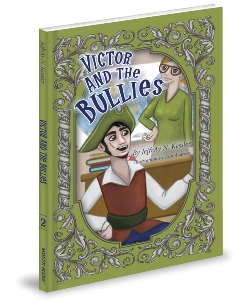 You can purchase the Victor the Friendly Vampire series here.

One Response to Picture Book or Early-Chapter Book: Choosing the Right Format