With spring just around the corner, we have new releases in full bloom! Maybe you’re looking for an endearing children’s tale or a spiritual memoir about miracles. Perhaps you’re more into sports books and want to read about the most intense college football rivalry. Either way, there’s a little bit for everybody with these new reads.

Click on the book titles to be taken to their Mascot listing.

A Horse Called Lefty (Because He Can’t Do Anything Right) 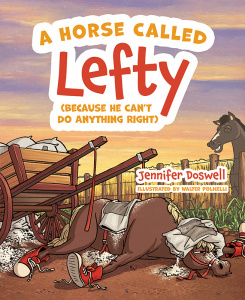 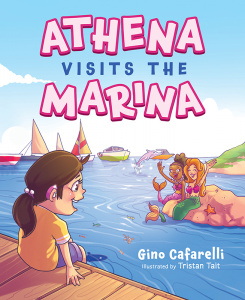 Athena, a little girl who was born with a hearing loss, has a daily routine that she follows every single day—including putting in her hearing aids! Her routine changes slightly, however, when she takes a trip with her parents to the marina. Athena’s amplified hearing introduces her to a few fun water friends, turning the trip into a magical sound adventure. Athena Visits the Marina allows readers the opportunity to discover alongside Athena the amazing things that can happen in unexpected places. (Plus, you’ll get to learn the meaning of some cool words, too!)

Are you ready to visit the marina with Athena? 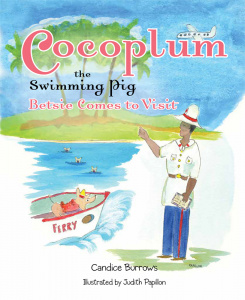 After months of receiving postcards from her best friend Cocoplum, Betsie finally books a one-way ticket to The Bahamas! Join Betsie on her journey! In a trip filled with mishaps and adventure, Betsie must make her way through the famous fish fry and straw market of Nassau in a race against time to embark on the ferry trip that will lead her to the remote tropical paradise of the Bahamian swimming pigs – and to her friend, Cocoplum.

This fun-filled book is a wonderful selection for kids who are visiting the beautiful islands of The Bahamas for the first time, and a nostalgic read for those who have come to love Bahamian culture. Internationally-known artist Judith Papillion brings the charm of island living to life in this beautifully illustrated children’s book – a love letter to a beautiful place.


Garbo and the Case of the Wet Footprints 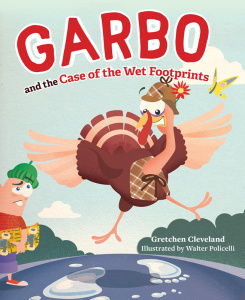 Garbo is out for his afternoon stroll when some monstrously large footprints interrupt his daydream. Excited to have discovered a mystery, he convinces a hesitant boy, Jonah, to help him learn who—or what—created those footprints. Join Garbo and Jonah as they unite forces and instincts to solve this unguessable riddle! 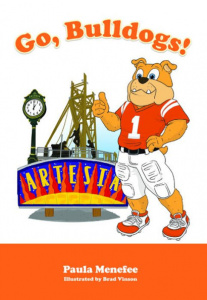 Join the Bulldog as he spends a fun-filled day in Artesia, New Mexico. Follow the mascot as he tours the community on his way to the big game at the Bulldog Bowl.


Good to Be Me 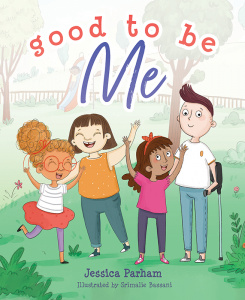 Good to be Me celebrates our differences and gives parents the opportunity to have an open conversation with their kids about disabilities, race, body types, and more. 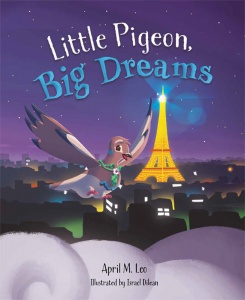 Marc the pigeon really wants to go to his cousin’s birthday party. The only problem is the party’s in Rome and Marc lives in France. Even though he can fly, getting all the way to Rome is no small feat for a pigeon, especially one with no sense of direction. 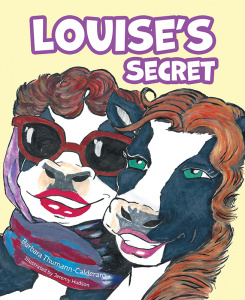 Best friends Thelma and Louise are cows who live comfortably on a dairy farm. Louise has a secret that even her best friend doesn’t know about. Her happy secret makes her dream of dancing on rainbows in a world full of peace and love.

One day, all the cows are unexpectedly put on a truck and travel to meet a mysterious person called Marquette. He is believed to be a giant and very important to people all over the world. Will Marquette be angry about Louise’s secret? How should Louise protect her secret before Marquette steals it?

Based on a true experience in the UK, Louise’s Secret is a gently told story about the power of a mother’s love to save her child. 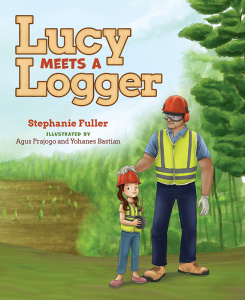 Join Lucy as she meets Mr. Logger and friends and learns all about logging! Learn how the forests are kept healthy and replenished. Find out what kinds of items come from trees—the answers may surprise you!


Mrs. Johnson and the Blueberry Blunder 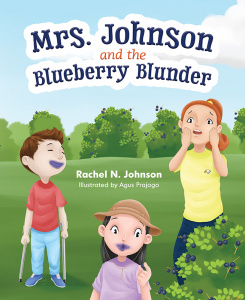 It’s field trip day for Mrs. Johnson’s class who cannot wait to visit Mr. Regan’s Farm. However, mischief is amiss as trouble follows them and causes quite an alarm.

Will Mrs. Johnson and her class be able to fix this big blueberry blunder?


Secrets of the Wild 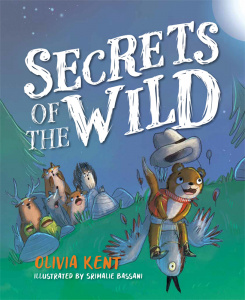 There is nothing more exciting than what happens deep in the woods. Aside from human eyes, the hustle and bustle of the wild will shock, awe, and captivate you deep into their world of the unknown. But be careful, because the creatures of the Earth are onto us, and they know much more about us than we know about them… 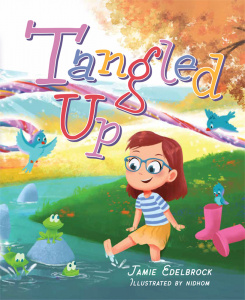 Your heart and soul are full of beautiful, colorful, vibrant threads, and you deserve to shine.

Studies show one in six kids between the ages of two-and eight-years-old have a mental, behavioral, or developmental disorder. Navigating this world as a parent can be scary, but experiencing this as a young child can be even scarier. Tangled Up is intended to lessen the fear of the unknown and shines a positive, peaceful light on mental health and therapy. It colorfully shows how the beautiful threads of us can become tangled, and how therapists and counselors are here to help us twirl bravely through life. 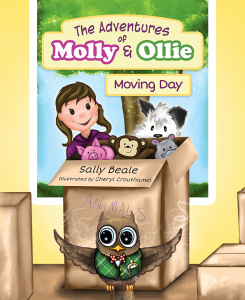 Every child experiences change in their life. Moving can be difficult, but when eight-year-old Molly Day meets a new friend, a magical owl named Oliver Winston Howell III, her move to a new house in a new town becomes easier than she expected. Be on the lookout for Molly and Ollie’s next adventure!


The Old Man on the Farm 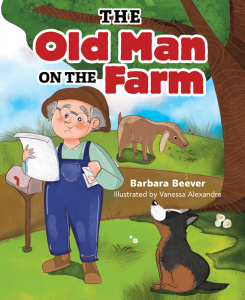 The Old Man on the Farm is a story in rhyme about a farmer who is perfectly content living in a little house on the farm with his animals to keep him company and a vegetable garden to keep him busy. He has an ideal life in the country, and he is happy.

But suddenly, a problem arises that threatens his tranquil life on the farm. Will the old farmer be able to continue his idyllic country life? 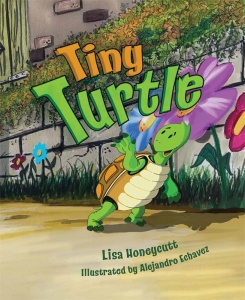 Tiny Turtle loves his little shell. Join him as he tells the wonders of his shell and the great adventures he has as he travels through our yards!


When the Sun Met the Moon 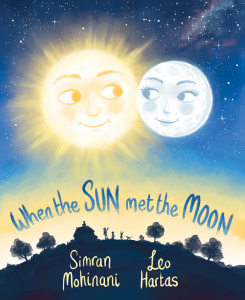 In this enchanting tale of the origins of the Sun and the Moon, the Sun flies across the universe on an adventure to look for someone whose light matches his own. When the Sun Met the Moon is a story filled with so much love, excitement, and equality that you won’t want to put down, and can be told for years to come.

After centuries of brightening up the sky by himself, the poor Sun is exhausted, lonely, and in need of some help. So, he decides to search the galaxies for someone whose light is as strong and powerful as his to help him shine down on the people of Earth. When the Sun decides to take a holiday to go on this adventure, Earth is left with its first-ever nighttime where the sky goes dark and cold, leaving people afraid to come out of their homes. Will the Sun be able to find somebody whose light is equal to his? Find out in this gorgeous love story how the Sun met his perfect Moon. 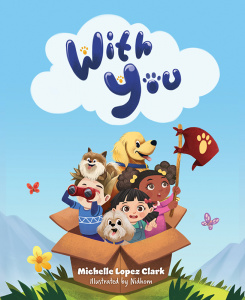 Dogs make life much better,
Their love is pure and true.
They’re not just friends, they’re family!
They’ll love you through and through.

Inspired by the author’s bond with her own dog, With You is an adorable and relatable story about the special bond kids have with their dogs for families to enjoy together. This picture book reflects diversity and promotes the value of fostering an emotional connection with children. 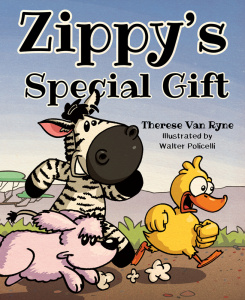 Zippy the Zebra doesn’t like her stripes. She doesn’t want to stand out! Follow Zippy as she embarks upon a thrilling adventure with her animal friends that helps her realize everyone is perfect just the way they are.

Profits from the sales of Zippy’s Special Gift will be donated to one of Zebra Technologies strategic charitable partners, Bernie’s Book Bank, a non-profit organization that “changes the story” for under-served children and helps them read their way to a better life! Learn more at www.berniesbookbank.org. 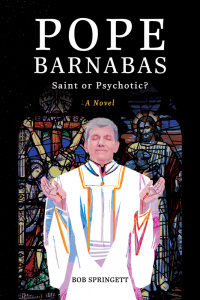 Pope Barnabas is an incredibly gifted man. Or are these gifts just evidence of subtle brain damage from an auto accident? Either way, his passion to provide the best possible pastoral care for his worldwide flock can only be described as “saintly.” Or would “psychotic” be more accurate?

Winning hearts and minds over to the Catholic Church is difficult but Barnabas is marching from one success to the next with apparent invincibility. What will happen when he is confronted with a situation that proves beyond even his genius? What will that pressure do to a man who has never failed at anything?

Budgeting is a Breeze: A Stress-Free Guide to Financial Freedom 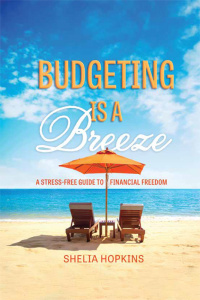 Getting what you want is never easy. However, if you budget your money right, you can make it happen, regardless of your income or your goals. This simple budgeting manual provides crucial financial advice that people from all walks of life can follow and use every day. 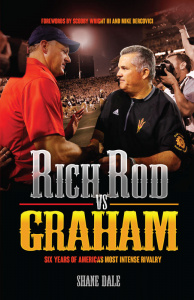 The on- and off-field history between these programs is unlike any other in America—and the Territorial Cup, given to the winner of the annual football game between the two schools, is the nation’s oldest rivalry trophy. Under the leadership of head coaches Rich Rodriguez and Todd Graham, who coached side by side before becoming rivals, the bad blood between the schools was taken to a new level.

Rich Rod vs. Graham is an in-depth, six-year case study of this rivalry from 2012–17. It explores the behind-the-scenes, never-before-told stories surrounding each game, as well as the unique relationship between the head coaches.

Graham and Rodriguez, as well as their players and others with intimate access to the programs, relived the upsets, wild plays, come-from-behind wins, and raw emotion that defined this era of the Territorial Cup rivalry. Find out what sets Arizona vs. Arizona State apart from every other college rivalry in America!


The Divine Language of Coincidence: How Miracles Transformed My Life After I Began Paying Attention 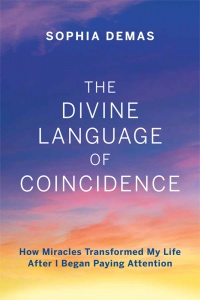 Sophia Demas did not want to get married, have children, or write a book; the Universe, however, had other plans. In this penetrating memoir, Sophia examines the events in her life that at first seemed to be a series of coincidences, but upon further consideration were building blocks of the miraculous. The Divine Language of Coincidence chronicles the extraordinary events experienced by an ordinary woman, asserting that miracles are not only possible, but far more common than we may realize.

Combining spirituality, science, and personal anecdotes, The Divine Language of Coincidence demonstrates how if we recognize coincidence and take action on it, we may experience a miracle. If we let it go by, it will remain just a coincidence.


untold: defining moments of the uprooted 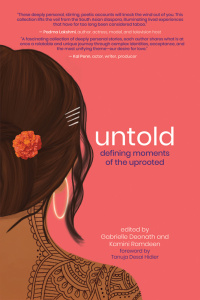 By Gabrielle Deonath and Kamini Ramdeen

untold: defining moments of the uprooted is a collection of real stories that explores the South Asian experience in the U.S., U.K., and Canada through the lens of identity, being, and relationships. Thirty-two emerging voices share deeply personal moments relating to immigration, infertility, divorce, mental health, suicide, sexual orientation, gender identity, racism, colorism, casteism, religion, and much more, all while balancing the push and pull of belonging to two cultural hemispheres. Every story sheds light on the authentic truths of living as womxn with hyphenated identities that have only been whispered – until now.