Skip to content
SUBMIT YOUR BOOK IDEA
Last week a future king was born.  And yesterday, we learned his name: His Royal Highness Prince George Alexander Louis of Cambridge.

While the world has been eagerly anticipating the birth of the Royal Baby, Mascot Books author Jacqueline Buyze and illustrator Elisa Moriconi have been hard at work on a children’s book starring the newest member of the Royal Family.  Now that the baby’s name is known, we’re putting the finishing touches on a thoughtfully written and beautifully illustrated book available at www.royalbabybooks.com.

A Joyful Royal Debut: Presenting Prince George! takes readers through Prince William and Princess Kate’s preparation for the baby’s birth and the joy that spreads worldwide when news of the baby’s arrival travels across the globe.

So, how’d we get this book created and on the market so fast?  In the world of publishing, “instant” books have been around for quite some time, and we followed a playbook that we’ve used in the past.  Back in 2008, when president-elect Barack Obama promised his kids a puppy should he win the election, we started working on a children’s book starring the first dog.  I wrote the story and the illustrations (by Danny Moore) were created. Once the dog’s identity and breed became known, we inserted Bo the Portuguese Water Dog into the storyline, and the book was off to print.  What followed took us by surprise.  Within hours of letting the world know about our timely book about the first dog, we had major media outlets vying to cover the story. Once USA Today ran the first story about Bo, America’s Commander in Leash, a whirlwind ensued.

The post-release frenzy following the release of my book about the first dog was truly my fifteen minutes of fame.  Here’s one of many interviews I gave on my book.

Fast-forward four years, and in the words of the great American philosopher, Yogi Berra, “it’s like déjà vu all over again.” 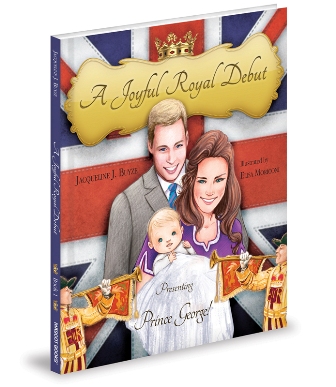