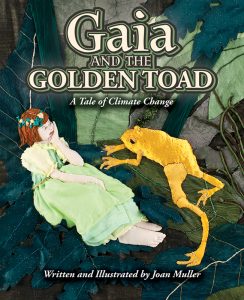 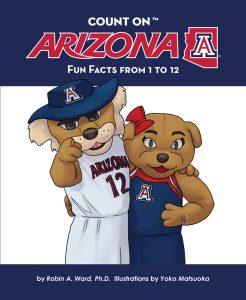 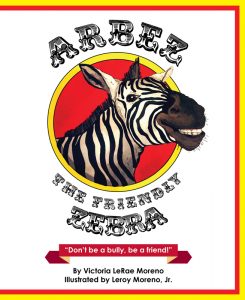 ARBEZ THE FRIENDLY ZEBRA
by Victoria LeRae Moreno Fresh out of the circus, Arbez now has to adjust to farm life. Arbez meets many new animals, but not all of them are welcoming, especially Wrangler the bully. When Wrangler is in danger, Arbez is the only one who can save him…but will he? 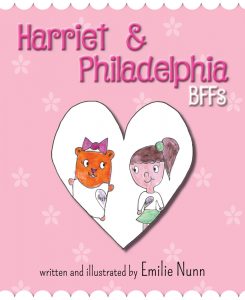 HARRIET AND PHILADELPHIA: BFFS
by Emilie Nunn Harriet and Philadelphia: BFFs is a fantasy children’s book that follows Harriet the hamster when she is adopted from a pet store. When she has to leave her friends and family behind, Harriet must embark on a journey and make new friends along the way. 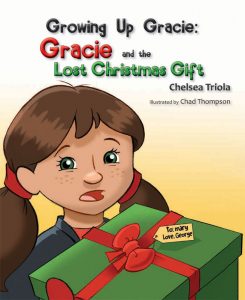 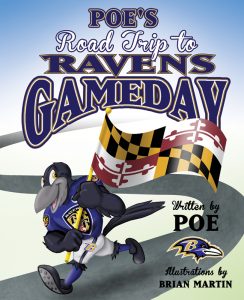 POE’S ROAD TRIP TO RAVENS GAMEDAY
by Poe Join Poe, the Baltimore Ravens mascot, as he makes his way around Maryland the week before the big game! Poe visits many places, like Maryland’s capital, the beach, and even the zoo, before ending up on RavensWalk on gameday. Get ready to cheer on the Ravens with Poe and find out if they win their big game! 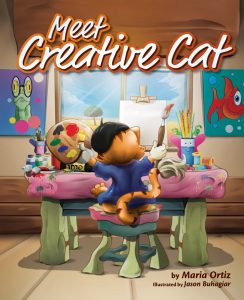 MEET CREATIVE CAT
by Maria Ortiz Molly is a cat that loves to create unique pieces of art. Read along as she gathers everything she needs for a day of exploration and imagination! 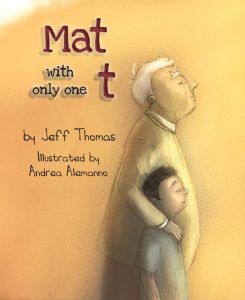 MAT WITH ONLY ONE T
by Jeff Thomas This touching children’s book celebrates the love between a grandpa and his grandchild. Mat learns a wise lesson from his grandpa and when the time comes, he learns how to put it into practice. 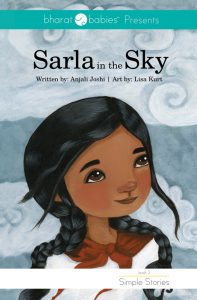 SARLA IN THE SKY
by Anjali Joshi An ordinary tale Of an extraordinary girl Daring to be different In an all boys’ world Sarla set her sights high, She’s determined to prove There’s nothing in this world a little girl cannot do! 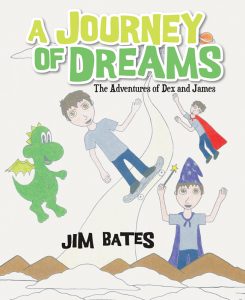 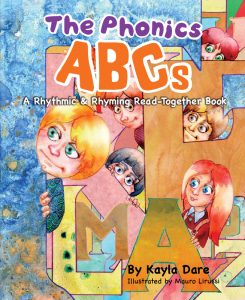 THE PHONICS ABCS: A RHYTHMIC & RHYMING ALPHABET BOOK
by Kayla Dare The Phonics ABCs is a children’s rhythmic and rhyming alphabet book. Young readers will discover letter sounds and rhythms as they move through the alphabet, enhancing their speech development in a fun way! 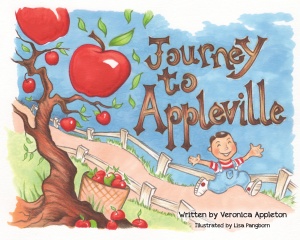 JOURNEY TO APPLEVILLE
by Veronica Appleton Join a group of six adventurous kids on their journey to achieve their goals in Appleville. The Appleville Fairy helps them overcome their fears and earn their golden apples. 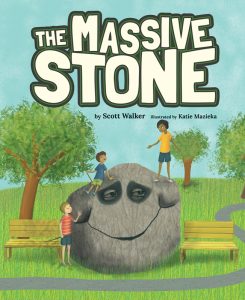 THE MASSIVE STONE
by Scott Walker  The Massive Stone is a rhyming children’s fantasy book about the friendship between a boy and a stone. All the Massive Stone wants is to move and play, and it’s up to his new friend to help him.

WHAT DOES FARMER KENTON GROW?
by Natasha Miller What Does Farmer Kenton Grow? is a children’s book that follows Farmer Kenton as he helps his family learn about love, trust, and respect. Through it’s beautiful artwork and endearing message, children will learn that you can grow much more than just fruits and vegetables. 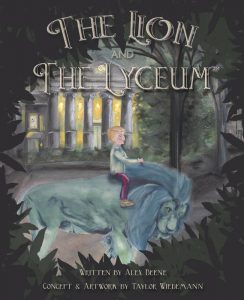 THE LION AND THE LYCEUM
by Alex Beene and Taylor Wiedemann Lion and the Lyceum is a children’s people and places book all about the University of Mississippi. Follow along from A to Z to learn everything there is to know about Ole Miss! 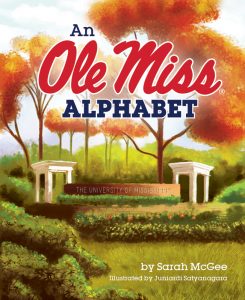 AN OLE MISS ALPHABET
by Sarah McGee An Ole Miss Alphabet is a children’s alphabet book about the University of Mississippi. Fun for students, fans, and alumni, readers can follow along to find out everything there is to know about Ole Miss from A to Z! 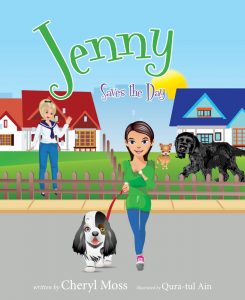 JENNY SAVES THE DAY
by Cheryl Moss Jenny’s four-legged friends Titus and Trixie have always lived down the street with Mrs. Davis. But when she moves to a retirement home, the pair ends up the animal shelter. Join Jenny the dog on an adventure as she comes up with a plan to rescue them! And along the way, learn the importance of having back up plans for the special animals in your life. 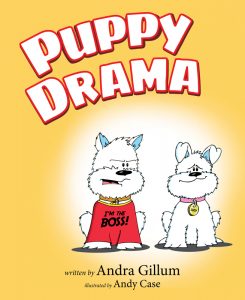 PUPPY DRAMA
by Andra Gillum Lucy is the baby of the family, and she finally gets to tell her story! Struggling with typical younger child problems such as bossy siblings and feeling left out, Lucy gets frustrated. Will she find a way to feel connected to her family? 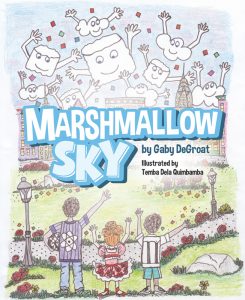 MARSHMALLOW SKY
by Gaby DeGroat Cloud gazing can make you wonder. What if you could touch, taste, or speak to one? Let your imagination float along with the marshmallows in the sky. 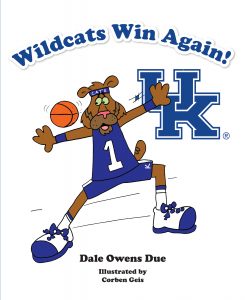 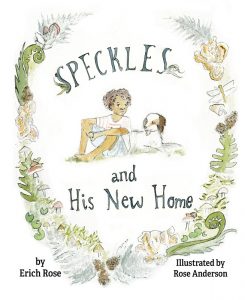 SPECKLES AND HIS NEW HOME
by Erich Rose After moving into a new house with his family, Speckles is worried about being bored during the day while they are gone. The nearby forest is a great opportunity for exploration, but he finds himself alone and scared as it begins to get dark. Will he find his way back home? 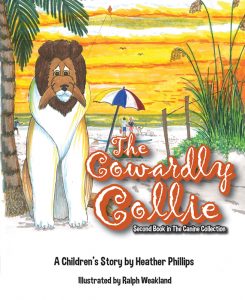 THE COWARDLY COLLIE
by Heather Phillips When Corvin’s dad heads off to the beach,the last thing Corvin wants to do is go with him. Water is so scary and beaches are full of it! But when an even scarier situation arises, Corvin realizes he may be braver than he thinks.

A LITTLE TIGER TALE
by Steven Kveton What do you want to be when you grow up? Mizzou fans young and old will love this tale of how Truman became inspired to become the Mizzou mascot. 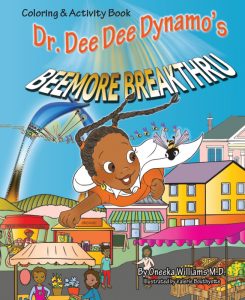 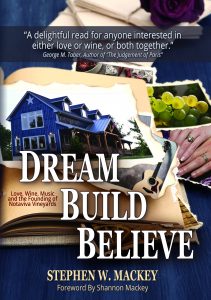 DREAM, BUILD, BELIEVE: THE FOUNDING OF NOTAVIVA VINEYARDS
by Stephen Mackey Dream, Build, Believe: Love, Wine, Music and the Founding of Notaviva Vineyards explores the lives of Stephen W. Mackey and his wife Shannon as they entered the wine industry. With no prior knowledge of farming, they purchased land in Northern Virginia to fulfill their dream of creating the world’s first winery to pair wine with music, now known as Notaviva Vineyards. 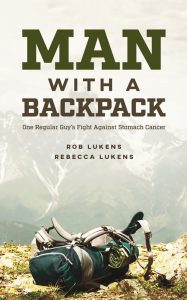 MAN WITH A BACKPACK: ONE REGULAR GUY’S FIGHT AGAINST STOMACH CANCER
by Rob and Rebecca Lukens Man with a Backpack: One Regular Guy’s FightAgainst Stomach Cancer is a heartfelt memoir about one man’s aggressive form of stomach cancer. The book follows Rob Lukens as he chronicles his diagnosis and its effect on his life and family. With a passion for history, Rob intertwines his own struggles with those of historical figures and events, bringing a new perspective on his illness. As his health steadily declines, Rob finds a visionary, spiritual guide to help him through—a man with a backpack. Capped by an emotional tribute from his wife, Man with a Backpack follows one man as his life ends too soon, forcing him to leave behind  his wife, two young children, and community. 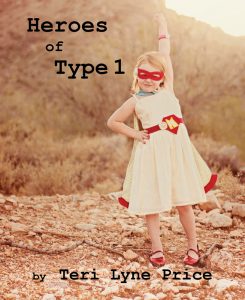 HEROES OF TYPE 1
by Teri Price Heroes of Type 1 is a nonfiction collection of inspirational testimonies about people who live with Type 1 Diabetes every day. Learn about the daily challenges of this disease, and how these admirable individuals overcome them. 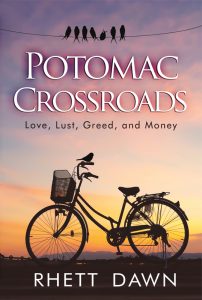 POTOMAC CROSSROADS
by Rhett Dawn Mitch Davis was a young junior mechanic when he met a girl he loved at first sight, but could not have. Set in Potomac Falls, this erotic story explores the subsequent fifteen years of his life as he navigates the underbelly of a wealthy community through the bedrooms of many other women. As he explores this world of money, lust, corruption, and greed, he becomes entangled in business dealings, securities frauds, even an attempted murder. But in the end, Mitch finally turns to what matters most, and what he may have been looking for all along: love. 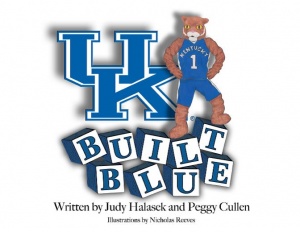 BUILT BLUE Built Blue is an interactive children’s book highlighting the rich tradition of the University of Kentucky men’s basketball program. Over 2500 young members of the Big Blue Nation have enjoyed the book since publication, with every baby born at Lexington’s Baptist Health Hospital during 2015 March Madness receiving a complimentary copy. The Printing Industry of America awarded Built Blue with the 2013 Certificate of Merit Winner in the novelty books category. 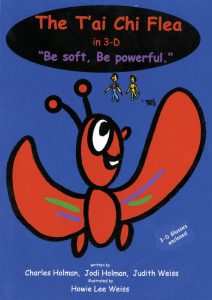 THE T’AI CHI FLEA IN 3-D
by Charles Holman, Jodi Holman, Judith Weiss “Be Soft Be Powerful” is a story of Danny, Daisy, and Marley, and a superhero who saves the day. A whimsical 3D adventure brings an ancient philosophy to a younger audience. The ChromaDepth™ process encourages fantastic 3D illusions without compromising the quality of the image when viewed without the glasses.