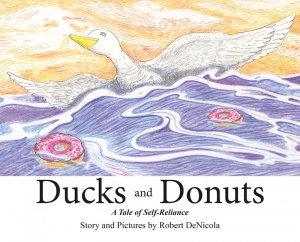 DUCKS AND DONUTS
by Robert DeNicola Zeff has never gotten a chance to taste the cinnamon donuts the bakers feed the other ducks every day. But when the bake shop closes, it’s up to Zeff to teach the other ducks how to feed themselves. 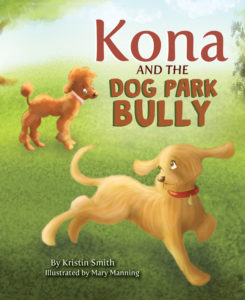 KONA AND THE DOG PARK BULLY
by Kristin Smith It’s Kona the Goldendoodle’s first day at the dog park, but everything doesn’t go as planned. She thinks she’ll make plenty of new friends to play with, but the first dog she meets turns out to be a bully. And it turns out that Kona isn’t alone. Ruby the Poodle bullies other dogs just for being different, so Kona takes it upon herself to show her new friends why they’re special instead. And when Ruby falls into danger, it’s up to Kona and her pack to help. 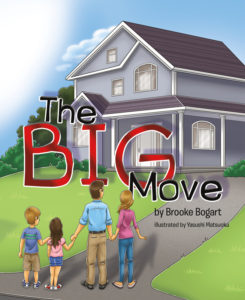 THE BIG MOVE
by Brooke Bogart Join Betsy and Sam and find out what happens when they have to move to an entirely new neighborhood. Will they adjust to their new surroundings and meet new friends? Read along to find out if they can conquer the big move and learn that “home is not just a place, it’s a feeling.” 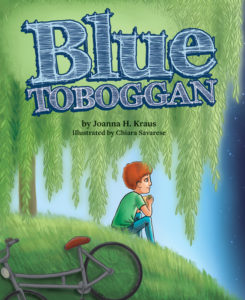 BLUE TOBOGGAN
by Joanna Kraus “Blue Toboggan is a brave book in the sense that many parents don’t want to expose their children to death and how to deal with it in a positive way. I hope it finds a wide audience.” – Al Garrotto, author :”There’s More…a novella of Life and Afterlife” and “One White Horse” Blue Toboggan is a children’s free verse book inspired by a true story. Will and Danny were the best of friends and always together. But when Danny loses his best friend, nothing matters anymore. Ice cream doesn’t taste the same. School isn’t fun. The blue toboggan that they’d saved their money for is now long forgotten. But when the third grade class plants a tree in Will’s memory, Danny discovers that love and friendship don’t have to die…as long as he remembers. Find more information about the author at www.joannakraus.com 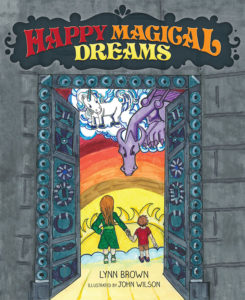 HAPPY MAGICAL DREAMS
by Lynn Brown What do you dream about when you fall asleep? Unicorns, fairies, or maybe even a dragon? Read this book before bed and have happy magical dreams. 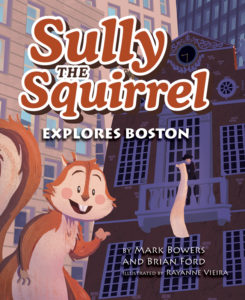 SULLY THE SQUIRREL EXPLORES BOSTON
by Mark Bowers and Brian Ford   Join curious Sully the squirrel as he explores Boston. Learn about the city’s history and what makes it unique along the way! 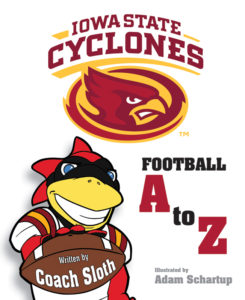 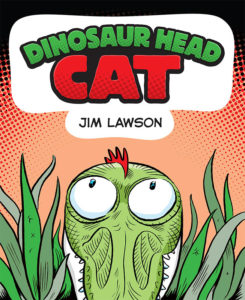 DINOSAUR HEAD CAT
by Jim Lawson One night, Truman Cakes hears a strange noise. When he realizes that it has come from his own backyard, he knows that he has to find out what it is. Nothing could prepare him for what he finds—a dinosaur head cat! 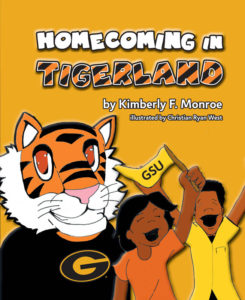 HOMECOMING IN TIGERLAND
by Kimberly Monroe It’s time for homecoming at Grambling State University, and Charlie P. can’t wait! Along with his parents, he tours the school and finds out everything there is to know about Grambling State and its alumni and traditions. With its fun facts and school spirit, this children’s book is perfect for any true GSU fan. 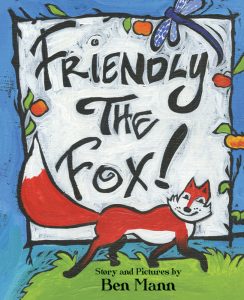 FRIENDLY THE FOX!
by Ben Mann Friendly the Fox has many friends with diverse sizes, shapes, and faces. But he knows that kindness can bring anyone together, no matter their differences! 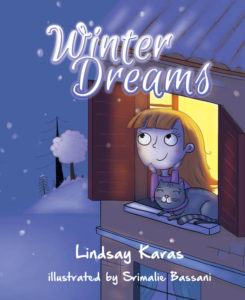 WINTER DREAMS
by Lindsay Karas Winter snow transforms our world into a playground with stomping, sledding, and snowmen! End the day with delicious hot chocolate before dozing into winter dreams. 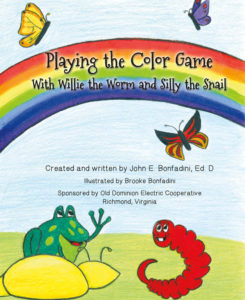 PLAYING THE COLOR GAME WITH WILLIE THE WORM AND SILLY THE SNAIL
by John Bonfadini Join Silly the Snail and Willie the Worm as they appreciate the many beautiful colors in the world. 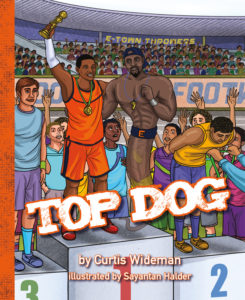 TOP DOG
by Curtis Wideman Curtis is upset about not making the track team when he comes across a mysterious looking lamp. To his surprise, the lamp provides a life-changing friend by the name of “Coach G,” and his sports career will never be the same. 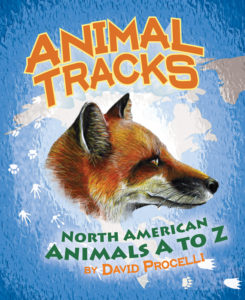 ANIMAL TRACKS: NORTH AMERICAN ANIMALS A TO Z
by David Procelli North America has a huge diversity of animals! From alligators to lynx and quails to weasels, you’ll find many of them in this book. Each page has a beautifully illustrated North American animals, their tracks, and a map of where they live. So the next time you see some animal tracks, take a look in this book and see if you can identify them! 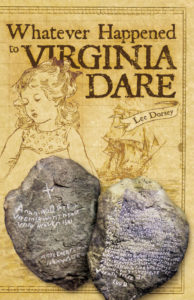 WHATEVER HAPPENED TO VIRGINIA DARE?
by Lee Dorsey In 1587, an English colony was founded at Roanoke Island. Needing additional supplies, the colony leader John White sailed back to England, leaving his grand daughter Virginia Dare behind. When he returned, the colony had disappeared except for the word “Croatan” inscribed on a post. In this historical fiction novel, Lee Dorsey explores what happened to Virginia Dare. 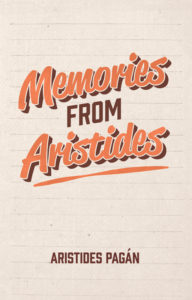 MEMORIES FROM ARISTIDES
by Aristides Pagán Join a regular guy as he recounts his life experiences including his beginnings in Puerto Rico, his tour through Vietnam, and his involvement in the initial days of the Silicon Valley.