Skip to content
SUBMIT YOUR BOOK IDEA
Only three more weeks until turkey, stuffing, and gravy. To make the wait feel shorter, get lost in our new November releases!

November’s Featured Title: Keeping On: How I Came to Know Why I Was Born 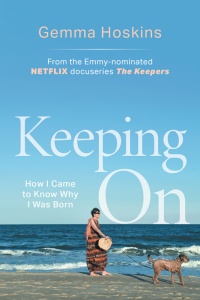 Fifty years ago, beloved teacher Sister Catherine Cesnik was the victim of a violent murder that still remains unsolved. “Who killed Sister Cathy?” is a question Sister Cathy’s students, colleagues, friends, family members, and community have been asking for years. One of those people is Gemma Hoskins, one of Sister Cathy’s former students who appeared on The Keepers, the 2017 Emmy-nominated Netflix docuseries that soon had the rest of the world asking that same question, too. Sister Cathy’s life and death have both deeply inspired and haunted Gemma in a number of ways, and she’s made it her life’s purpose to uncover what really happened on that November night in 1969. In Keeping On, Gemma takes readers on a journey of her life, from her childhood and her time as Sister Cathy’s student at Archbishop Keough High School through present day. She reflects upon the experiences that have shaped her, including her own experiences as a teacher, grassroots investigator, and fierce advocate for truth and justice. With candid prose and unyielding honesty, Gemma openly and honestly continues not only the global conversation about the truth behind Sister Cathy’s murder, but also reflects upon how Sister Cathy’s life profoundly touched those who knew and loved her. 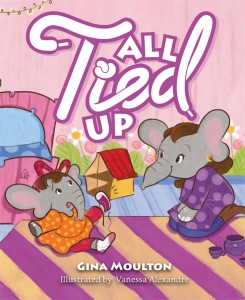 Ella loves kindergarten, but is worried she may not be up to the latest challenge. . . learning to tie her shoes. Everyone in the class is trying to tie their shoes. As she watches her friends in class succeed, Ella begins to believe she may never figure it out. It just felt too difficult! Would Ella ever learn to tie her shoes? All Tied Up is an endearing story that weaves learning to tie shoes with cultivating a growth mindset. This book is a great conversation starter for both teachers and families to explicitly teach children about developing a growth mindset. What does that mean exactly? Well, one important lesson for children to learn is that mistakes are not failures— we continue to learn from our mistakes and grow smarter. A growth mindset helps us to embrace the power of YET!


Angel and the Butterfly 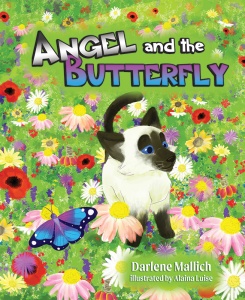 Angel felt lost and confused, unable to find his way in the world after straying too far from home. What could he do? With the help of his new friend, Butterfly, Angel is guided into an exciting adventure just by following the clues right in front of him. Join Angel on his journey to discover the true meaning of a loving home


A to Z of Tattoo Imagery 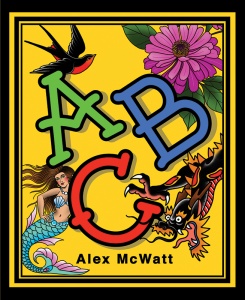 Learn your ABCs with these colorful illustrations of iconic tattoo designs that will inspire creativity in children of all ages. 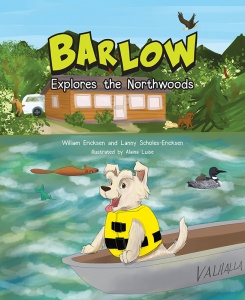 By William Ericksen and Lanny Scholes-Ericksen

Barlow has many more stories to share as he continues to live and travel in the United States and Canada. In his latest adventure, Barlow heads to Minnesota to stay at the Valhalla Resort. Watch for additional adventures and explorations with Barlow! 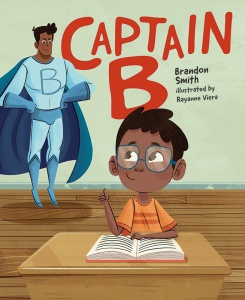 Timmy is a very happy young boy who loves school,
music, people, and most importantly, his mother. But
then one day, he encounters a bully at school. Can he
find the right way to deal with this problem? 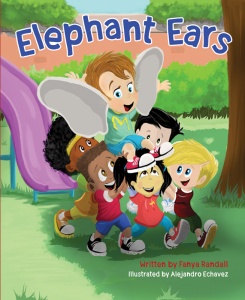 Max is starting kindergarten and is excited for his first day of school. On the playground, a bully starts to tease Max about his ears making him feel sad. Will Max get enough courage to speak up for himself to the bully, and will his classmates help him?

This book teaches children about bullying and the importance of how to properly handle a bully situation. Through early education, our hope is that it will change the narrative where bullying statistics will decrease and children will learn to be more empathetic and inclusive to all. 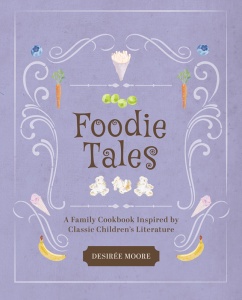 Inspired by the wonderful worlds of classic and contemporary children’s books, Foodie Tales takes you on a delicious journey through many of your favorite stories, from hungry caterpillars to magic tree houses to far-off galaxies and beyond. The Foodie Tales recipes are perfect for young chefs and great for the whole family. Dive into your favorite children’s stories in a whole new way, and ignite your imagination in the kitchen and in the library!


Grandma, Do You Know… 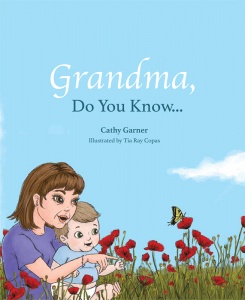 No matter how old you are, the universal love between grandparents and grandchildren is a very special bond that transcends time. All generations will enjoy reading Grandma, Do You Know… as they reminisce on their own childhood memories. 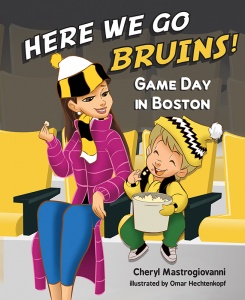 When Louie, a young Bruins fan, heads out for his first hockey game in Boston, he has no idea what awaits him! Riding on the T, stopping at the North End, and seeing the city is just the beginning. Then when an unanticipated problem threatens to delay the start of the game, Louie gets even more action than anticipated! Can he fix the problem and save the day?


I Walk My Dog Around the Town 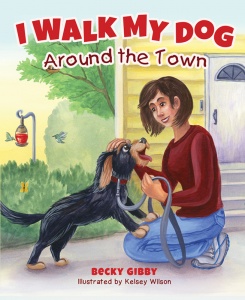 Take a walk through Anytown, USA and enjoy exploring the scenes on each delightful page. 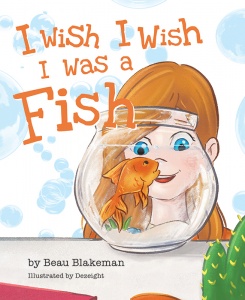 Dive into this exciting tail about Kinley, a little girl who isn’t thrilled about her upcoming grandparents’ visit. When a witty wish goes wonky, things take a turn for the fishy and Kinley ends up in over her head. Will she be able to make things right in time for her grandparents’ visit? 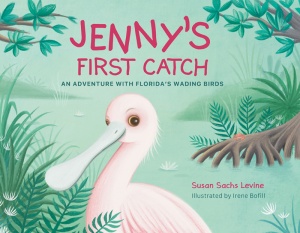 WHY CAN’T JENNY CATCH A FISH?

Jenny wants to surprise her mom by teaching herself how to fish. Join Jenny on her adventure through a mangrove estuary where she meets several different wading birds including a Snowy Egret, White Ibis, Wood Stork, and Great Blue Heron. Each new friend tries to teach Jenny their fishing method, but Jenny’s big spoonbill just won’t work like the other birds’ bills! Young readers will learn all about Florida’s wading birds alongside Jenny, as she discovers important lessons about perseverance and being true to herself. 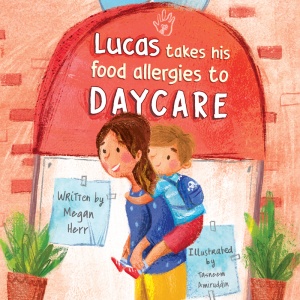 Join Lucas as he discovers that food allergies don’t have to stop anybody from having fun! Even more, his story reminds us that our differences are what ultimately bring us all together! 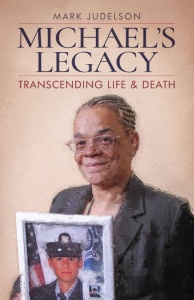 On July 10, 2010, Michael Bovill, a twenty-three-year-old active duty member of the United States Coast Guard, suffered fatal injuries in a motorcycle accident. Days later, Michael’s heart, lungs, liver, and kidneys were donated to five strangers: Roxanne Watson, Scott Taffet, Diana Martinez Moran, Elijah Parker, and Zhou Yuan Li. His last act in this world was to give life to those in need.

Surgeons, physicians, parents, children, friends, clergy, and coworkers, along with the recipients of Michael’s organs, come together to reveal their pivotal roles interwoven in this true story exploring the nature of organ donation itself and inviting the reader to reconsider their concepts of life and death.


Revived Failure: Iran’s Reality After the American Withdrawal of the Nuclear Deal 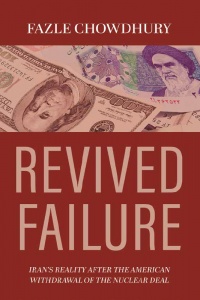 Revived Failure is about the complicated after-effects of the United States withdrawal from the Iran nuclear deal  ― the Joint Comprehensive Plan of Action (JCPOA), with the aim to keep nuclear restrictions on Iran. Since the United States pulled out of the agreement on May 8, 2018 harm to the Iranian economy has been catastrophic. Iran’s troublesome relationship with other signatories of the agreement (P5+1 group) is compounded by its difficult domestic economic and political demands.


Seaside A to Z 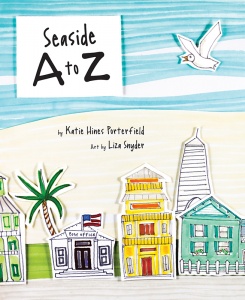 Letter by letter, discover what makes Seaside, Florida such a special place! Children will enjoy flying in tandem with a seagull throughout the book as it travels to beloved spots such as Sundog Books, the REP, and Duckies, and participates in fun activities like building sandcastles on the beach and swimming in the pool. Seaside A to Z brings to life just twenty-six of the many reasons why families from Florida and beyond cherish time spent in this charming, pastel-hued town on the Emerald Coast.


The Day I Found the Blue Band 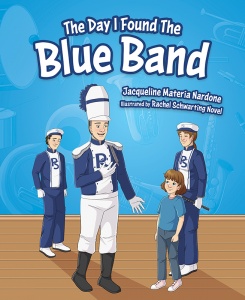 Have you ever wondered what instruments make up the Penn State Marching Blue Band? When a little girl is tailgating with her parents, she hears super fun music being played. She follows the sound to see where it’s coming from and discovers a marching band! Readers can join along as the Blue Band teaches her about their instruments and how each one makes music. But remember, it’s important for them to all join together for the sound to be just right! 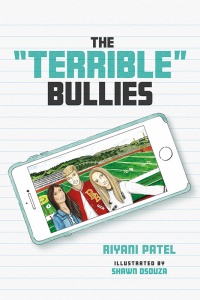 Following The Boy Battle, The “Terrible” Bullies finds the three main characters—Tanya, Jake, and Diamond—teaming up together to stop the new bullies in high school. As the trio begin their freshman year at Bridge Bank High, they want to do the right thing to stop bullying. Despite their best efforts, drama and clashes between the trio, the bullies, and the school principal ensue. Will they be able to stand up to the “terrible” bullies, or perhaps reveal a bigger lesson to be learned by all? 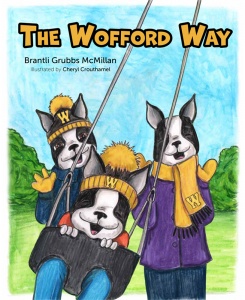 Founded in 1854, Wofford College has been helping people of all ages find their direction in life by teaching them the Wofford Way. Where can it lead you?

The Wofford Way is for children and grandchildren of Wofford alumni, students, faculty, and fans of all ages! I hope you and your little Terriers have fun reading it and put a little dog in it! 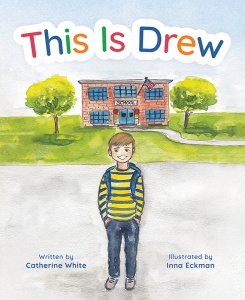 Autism can be hard to understand, even for experts in the field. Join us as we meet Drew and teach his classmates about living with autism. Thoughtful examples illustrate differences in interpreting situations, allowing children to ultimately foster empathy and compassion for those who see the world a little differently. 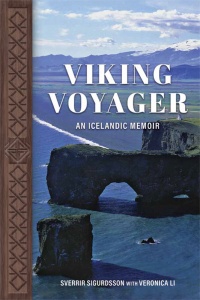 This vivacious personal story captures the heart and soul of modern Iceland. Born in Reykjavik on the eve of the Second World War, Sverrir Sigurdsson watched Allied troops invade his country and turn it into a bulwark against Hitler’s advance toward North America. The country’s post-war transformation from an obscure, dirt-poor nation to a prosperous one became every Icelander’s success. Spurred by this favorable wind, Sverrir answered the call of his Viking forefathers, setting off on a voyage that took him around the world. Join him on his roaring adventures!


When You Became You 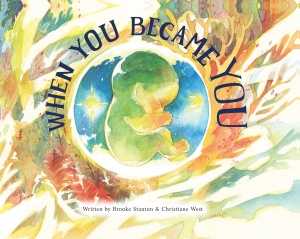 By Brooke Stanton and Christiane West

You are the only you.
You are special—one of a kind.
Do you know when you began to exist as a human being?

This picture book is a celebration of your humanity and your human development—one of the most extraordinary phenomena in all of science and nature. When You Became You features glorious illustrations and the biological science of human embryology to introduce the continuum of human life. It takes you on a scientific journey through the stages of a human being’s life. Your boundless capacity as a human being began when you did—even before you were born—and persists for the duration.