Our November featured title is Keeping On: How I Came to Know Why I Was Born by Gemma Hoskins!

Fifty years ago, teacher Sister Catherine Cesnik was the victim of a violent murder that still remains unsolved. “Who killed Sister Cathy?” is a question Sister Cathy’s students, colleagues, friends, family members, and community have been asking for years. One of those people is Gemma, one of Sister Cathy’s former students who appeared on The Keepers, the 2017 Emmy-nominated Netflix docuseries that soon had the rest of the world asking that same question, too.

In Keeping On, Gemma takes readers on a journey of her life, from her time as Sister Cathy’s student through present day. Even more, she reveals what she thinks really happened to her beloved teacher that November night in 1969.

We chatted with Gemma about the process of writing such a personal book, what she hopes her life’s work will accomplish, and more!

When did you know you needed to write this book? 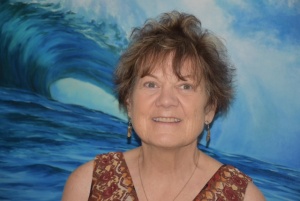 Shortly after The Keepers was released, I began to get feedback from viewers all over the world, telling me that my work was making a difference. It was overwhelming to realize that so many honored and supported our mission to find out what happened to Cathy and Joyce and to advocate for abuse survivors. It slowly but surely dawned on me that I had found my purpose and was good at it.

What was the process like of writing a story that is so personal? Did the writing process force you to reflect on painful moments of your life?

During the months after The Keepers was released, I began to make notes about significant events in my life that were now giving me learning lessons and direction. I never had writer’s block— it poured out of me. I wrote each chapter separately and then arranged them in the order that worked for this three-part book. Some chapters were very difficult but truly therapeutic to write. I put those off until I had days of uninterrupted time. I wrote and cried a lot during those chapters.

As you’ve mentioned, you appeared on The Keepers, the 2017 Emmy-nominated Netflix docuseries about the unsolved murder of Sister Cathy. What do you hope people will learn about Sister Cathy through your book that they can’t get from the series?

It is stunning and remarkable that Cathy was only 26 when she was murdered, that she was capable and willing to listen to teenagers’ stories of abuse and do something about it set her apart from every other adult in the school. She gave up her life trying to help. I only knew her for four years but she impacted my life immensely. I hope the world asks “What Would Cathy Do?” She would do the right and noble thing. We need to change how the church handles clergy abuse. Cathy has and will, I hope, be the inspiration for how we live our lives.

You are a grassroots investigator to Sister Cathy’s case, an activist for justice of clergy abuse, and the host of a podcast that delves into unsolved crimes. What do you hope your life’s work will accomplish?

I am in the last quarter of my life. It is rich with new friends and opportunities because of my work and The Keepers. I intend to use whatever skills and resources I have to continue advocating for abuse survivors and to finally find out who killed Cathy and Joyce. I also have reconnected with many people who were a part of my earlier years. We are now a tribe of warriors with a common goal: to uncover the truth.

How has your faith been affected by your experiences with the Church?

I have not been a practicing Catholic for many years. I was raised Catholic but now believe that much of the church’s control on Catholics is based on fear and guilt. I bought the whole package for 12 years. My eyes were opened wide because of what I learned about the church’s history of covering up crimes against children. I honestly can’t wait until all the lying and abuse and hypocrisy is revealed. I find my faith now in people and nature. That’s what is real. That’s what we can honor and live by. Teddy and I sit on our beach every day and look at the ocean and the sky. Who can doubt a higher power?

What does the title of Keeping On ultimately mean to you and why did you choose it?

My life is a story of keeping on regardless of the situation. I do not give up. I make a lot of mistakes. I have chronic health issues. But I have also accomplished a lot, personally, professionally, and publicly. I learn something new every day. Why stop now? I have too much living to do.