Pumpkins, apple cider, hayrides, and new books! These are just a few of the necessities to start off the new season. Come join us by checking out our October releases, and Happy Fall!

A Tale of Two Princesses 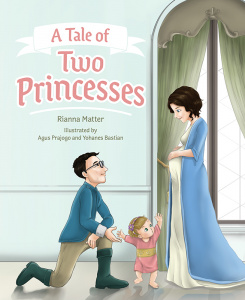 Princesses Jade and Jane came to their kingdom in very different ways. Their stories are unique, but they’re beautiful in their own ways, and both end in the same place—with a Queen and King who love them. 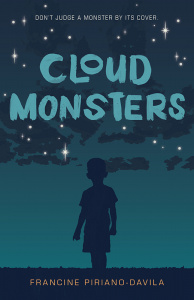 Jack is expecting to spend the day celebrating his little brother Charlie’s birthday, but the universe has something very different in store. During the party, his family’s world is turned upside down by some uninvited guests—cloud monsters. After watching family and friends be abducted by these strange creatures, Jack embarks on a journey to save his family, while trying to understand the motives of the seemingly villainous group.

Will they make it to safety in time? Or are they in more danger if they flee? Follow along with Jack, Charlie, and their parents as they struggle to understand the cloud monsters and accept their new reality. 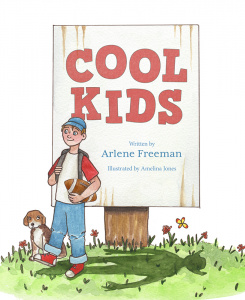 Like most kids, Michael and his friends are so excited for their first day at a new school. They have a lot of questions about what to expect, but most of all, they wonder if they’ll get to join the football team. That would be the perfect way to start the year!

However, Michael soon finds out that it’s not as easy as he thinks. The team is filled with bullies, and to join, he has to become one of them. In order to be cool enough to get a spot on the football team, Michael has to start changing his behavior—for the worse! Suddenly, terrible things start happening to him. Finally, he begins to wonder: Was it all worth it?


Goodnight Star, Whoever You Are 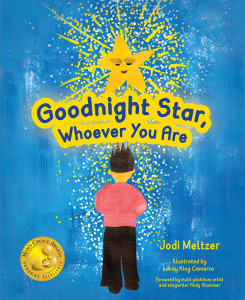 One fateful night, a child notices a magnificent star that looks like it’s following him during a car ride home from the beach. When he asks his mom about it, she gives him a textbook explanation at first, and then makes him think twice. Heartfelt and reassuring, Goodnight Star, Whoever You Are helps kids cope with grief, loss, and longing in an enchanting way, sparking meaningful conversations about the everlasting power of love. With an imaginative point of view, kids will discover that the connection they share with the person or pet who died transcends the space between them. Children can reflect on their unbreakable bond with an “I Remember” page at the end of this delightfully illustrated picture book, providing comfort during trying times. 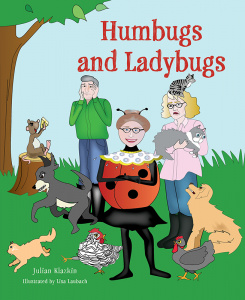 Gerry and Dana have a farm with lots of animals who simply do not get along. They fight, chase each other, and sometimes look at one another as their next meal. They’re just a bunch of humbugs! Luckily for Gerry and Dana, a kindly ladybug shows up one day to help them with their problem.

How? Through exercise, of course . . . ladybug style!

What does that mean?

Gerry and Dana have no idea, but they’re about to find out what a little magical fun and creativity can do. A funny story with a quirky heroine, Humbugs and Ladybugs reinforces the concepts of kindness, respect, and gratitude in young readers. And yes, there are even a few chicken jokes along the way! 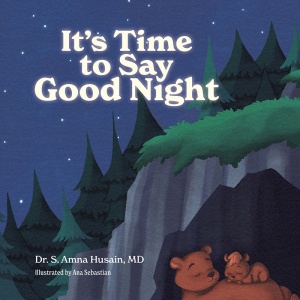 The day is coming to a close, and bedtime is drawing near. Animals come together as their parents cuddle them dear. The sky darkens, and the stars glow bright. They shine down upon the world to tell us, “It’s time to say good night!” 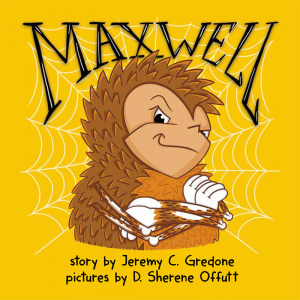 Maxwell is a unique children’s book that celebrates the power of imagination and dreams. It’s a story about transcendence, and the extraordinary blossoming out of the ordinary. It is about the timeless and ever-expanding bond between parent and child, and the priceless lessons of love they hold for each other. While Maxwell is primarily created for children, parents will be delighted at the extras designed with them in mind. Truly something for all ages to enjoy!

My Cat Is Blue 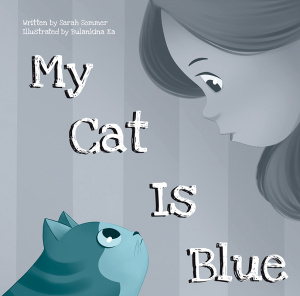 When someone you love is feeling down in the dumps, you try everything to help. But sometimes, you don’t have the cure, and those blues can even become contagious. It just might be the unexpected that allows you both to shed your blues and move toward a bright and colorful future. 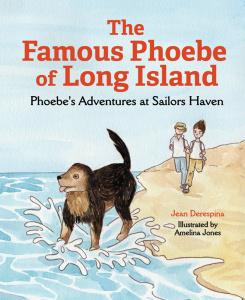 When Phoebe was a young pup, she was adopted from a shelter by Jeana and Frank. She had no idea how exciting life with her forever family would be. Phoebe’s new parents planned to take her with them on all their boat trips.

Come along as Phoebe tells the story of her first boat trip to Sailors Haven on Fire Island. When they took off into the Great South Bay, Phoebe was a bit frightened, but she soon realized what a delightful adventure she and her new parents would have as they explored the wondrous national park from the forest to the beach, making many friends along the way.


The Legend of the Mask: A Sloan the Sloth Story 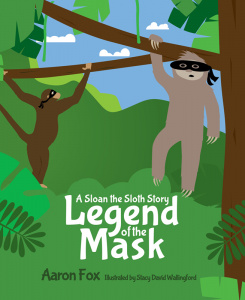 The legend of Ninja Sloth began with The Secret Life of Sloan the Sloth. Now, that story continues with a new beginning. Where did Sloan’s mask come from, and what was its purpose? Find out in . . . The Legend of the Mask!

Read other books in the Sloan the Sloth series:

The Secret Life of Sloan the Sloth


The Story of Me from the Inside Out 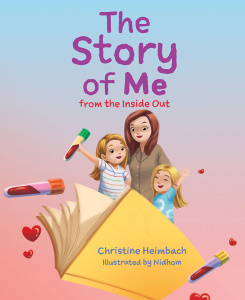 
The Story of the Curious Elf 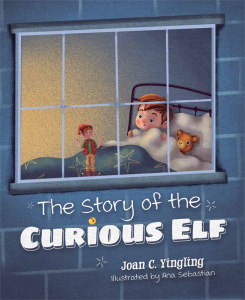 One Christmas Eve, a little boy encounters a lost elf who let his curiosity get the best of him. Stuck far away from home, the elf doesn’t know if he’ll ever see Santa again!

Will he ever find his way back to the North Pole?


Tripod Kitty and the Recipe for Kindness 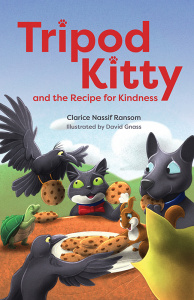 Orie is a handsome and athletic kitty who overcomes cancer and the loss of a limb during summer break. He is afraid to go back to school because he is now different. Through a wise teacher, Orie and his friends learn that the recipe for kindness can be as simple as baking chocolate chip cookies.

A Taste of Living in Charleston: Lowcountry Dishes Anyone Can Cook 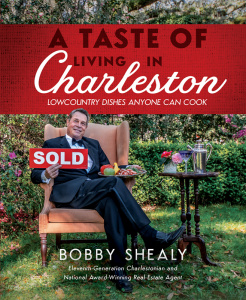 A Taste of Living in Charleston is the ultimate guide to Southern cuisine. The recipes Bobby includes are an accumulation of more than forty years of cooking. Some are from family and friends, some are originals, and other are repurposed classics with Bobby’s own twists.

A staunch believer that, “If I can cook it, so can you!” Bobby’s delicious and soulful recipes, along with his insights into setting an elegant atmosphere without breaking the bank, are your ticket to perfect lowcountry cuisine.


Bake Away: A Collection of Recipes Capturing the Spirit of Creativity, Experience, and Expression 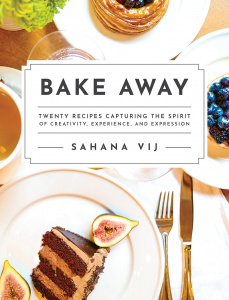 Bake Away is a celebration of baking’s impact on our creativity, self-expression, and personal experiences. It’s a reflection of what’s important in our lives.

From the delicate Portland Berry Cream Pie to the towering Atlanta Crêpe Cake, Sahana Vij brings you on her journey of inspiration, sharing the simple steps to create an array of delightful desserts, each crafted from personal connections and beautiful memories. Each recipe is accompanied by exquisite food photography and portraits of stunning locations.

Explore an elegant fruit garden in Temescal Valley as you make a luscious Citrus Poppy Seed Bread. Learn a little about Maui as you prepare a decadent Coconut Chocolate Tart. Share a subtly spiced Chai-Infused Cake, inspired by visits to a prominent tearoom in Seattle, with those you love. Bake Away is more than a cookbook: it is a beautifully written book grounded in family, relationships, and giving. 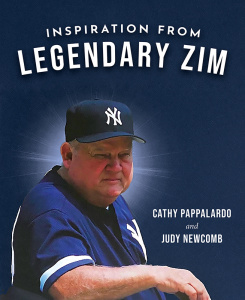 What qualities does it take to become a legend? Photographs from Don Zimmer’s career as a professional baseball player, coach, and manager highlight his positive personal qualities. He left a legacy of success, mentorship, and love of the game!


It Can Be You: Humanizing Homelessness 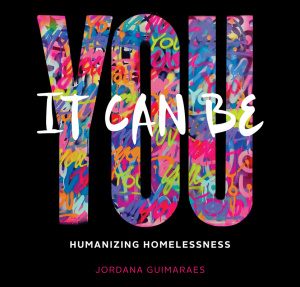 It Can Be You encourages the world to become more compassionate and understand the reasons behind homelessness, rather than judge. This book tells the challenging and complex stories of forty-five fashion influencers from all over the world and how they’ve overcome those obstacles to be where they are today.

Author Jordana Guimaraes’s compassion for the homeless, combined with her experience in the fashion industry, inspired her to tell these stories to decrease the stigma surrounding homelessness. Life’s circumstances have the power to uplift us or, just as easily, sink us. It Can Be You takes a transparent look into the lives of fashion influencers and homeless individuals who, when placed side by side, turn out to have many common struggles.


Search for Signers: Visiting the Graves of the Signers of the Declaration of Independence 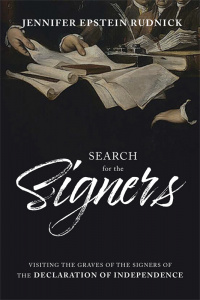 What started out as a quirky hobby soon became an obsession. During a road trip with friends to Boston, in a cemetery with three Declaration signers’ graves, a project was born—traveling to and photographing the graves of the 56 signers of the Declaration of Independence. It seemed an easy task. As photos were taken and names checked off the list, questions arose. Is this where the signer was first buried? Was he moved from an original burial spot? Why did that move happen? Is the actual grave location known? Along the quest, it turns out that a number of Declaration signers—prominent men in their colonies—are not interred in their original burial locations. Follow the adventure with some unusual stories, and discover how many graves were found and how many signers are not really buried where their marker sits.