Skip to content
SUBMIT YOUR BOOK IDEA
It’s time to break out your bow ties and fascinator hats, because tomorrow is the 143rd Kentucky Derby! Whether you’re a horse enthusiast or just like to get in on the fun, there’s no better way to get pumped up than with a good book. Here are our picks for the racing season for readers of all ages:

The Calm Before the Storm (Book One of the Triple Crown Trilogy) By Kimberly Campbell After the sudden passing of her husband, Charlie Jenkins has found it hard to go about living life with the same kind of fire and tenacity she had before. Her two kids, Ryan and Skylar, are stuck in the same rut. Together, they’ve barely gotten through each day, and the idea of “normal” is starting to seem impossible: that is, until one night when Charlie’s friends take her out on the town. Charlie’s world is turned upside down when she meets Genuine Storm, a horse that seems to be going through a rough patch similar to her own. As Charlie rediscovers her lifelong dream to race a horse in the Kentucky Derby, she must combat the feelings that come with moving on from the startling loss of her husband, as well as those surrounding the intriguing man helping her with her horse. With her friends and family around her, she relearns how to live life to the fullest, and possibly achieve her dreams. 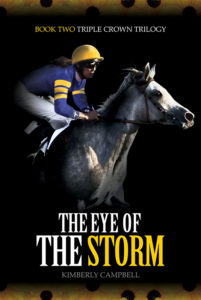 The Eye of the Storm (Book Two of the Triple Crown Trilogy) By Kimberly Campbell When Lilly Garrett came out of retirement to ride Genuine Storm in the Kentucky Derby, no one expected them to win. Now, the Preakness is coming up and while Storm gets ready for his next big race, Lilly is confronted with a past that no longer wants to stay hidden. Lost love, heartbreak, betrayal—everything comes to light in the two weeks leading up to the big race. With the help of Charlie, Doug, and the rest of the team, Lilly must confront the reasons she left racing in the first place. Does she want to be a jockey again, or will she leave the sport behind forever? Time is running out, and the team is desperate. Will Lilly make her decision in time to help the people who count on her? Most importantly, will Genuine Storm stand a chance at the Triple Crown if Lilly Garrett isn’t the one riding him? 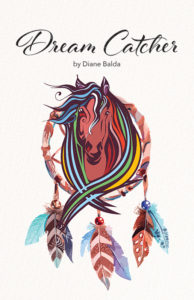 Dream Catcher By Diane Balda Things are going well for Josh and Tim on the family ranch, until water from the Puyallup River starts overflowing toward the barns! Their dad is out town and the roads are blocked from ice and snow. Will Josh and Tim be able to keep the ranch safe all on their own? 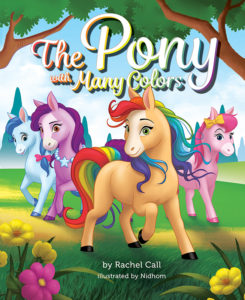 The Pony with Many Colors By Rachel Call Scarlet wants a best friend to call her own, but all the ponies at her school make fun of her for her hair of many colors. But when a new family moves into the neigh-borhood, Scarlet thinks this might be her chance to make the best friend she’s wanted for so long!

Fireball Summer By James Lynn Durham This is the story of a boy and his pony and the bond they formed during their summers together. It’s about working for what you want and making sacrifices when necessary. There’s action, adventure, hardship, and heartache. The ending leaves you speculating. 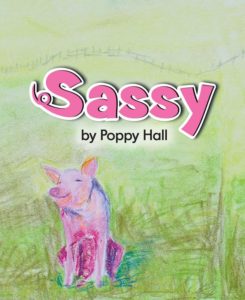 Sassy By Poppy Hall
When Sassy the pig ends up somewhere new,
He has to figure out who to talk to and what to do!
Sassy was inspired by real life events in the author’s childhood. When she was a little girl, she used to drive by the same pig on a farm every single day. Her brother named him Sassy and it stuck! One day while they were driving by, all these cars were stopped along the side of the road. A horse was lying down in the field with Sassy sprawled across his back taking a nap! Thus Sassy the book was born from the unlikely friendship between a pig and a horse. 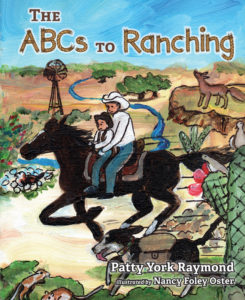 6. The ABCs to Ranching Sassy (Coming this summer!) By Patty York Raymond The ABCs to Ranching is a cultural perspective on ranching in South Texas. It is a humorous account of a mischievous young boy determined to help his father with the chores. “Let’s go,” he yells to his Catahoula Cowdog as his father warns him not to get underfoot. With one mishap after another, the young boy develops an appreciation for nature and a strong connection to his father and their heritage—all centered on the alphabet. Find the original song “Take Me to the Ranch” written for this book by Eddie Cavazos, Cavazos Music, and Patty York Raymond at www.cdbaby.com/cd/nathanmathis. Also available on iTunes.