This month we’re releasing a very special children’s book that takes a new, exciting approach to teaching kids about math.  We’ve worked with many wonderful teachers over the years and author John Contratti is no exception.  He goes above and beyond for his students and as soon as we spoke with him we knew this book would be as big as his charming personality! 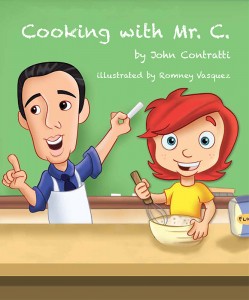 For author John Contratti, publishing the new children’s book Cooking With Mr. C. wasn’t a surprise to all who knew him…

When John Contratti was reaching 20 years in his teaching career, he decided he wanted to mix things up with his fourth grade students. Known for being a good cook, he decided to use cooking to teach his students various concepts, which include fractions, measurement and sequencing. His new way of teaching was a hit with students and parents.

Not long afterwards, Chef Lucinda Scala Quinn visited his classroom. Before he knew it, he was filming an episode of the Hallmark Channel’s cooking show, “Mad Hungry With Lucinda Scala Quinn”. The show, produced by Martha Stewart, brought Contratti more attention than he anticipated. The response to his appearance was extremely positive and with numerous repeat episodes, his fan base grew. By the urge of many, he created his own food blog entitled Cooking With Mr. C. to share many of his signature dishes. In no time at all, his blog was being followed by people from around the world.  Not soon afterwards he began to pen his first children’s book. He realized by cooking with his students each day, they were learning many wonderful lessons about themselves. 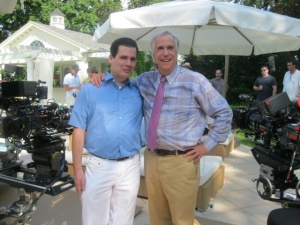 As he had the encouragement from family and friends to get his first book published, it was the support from two of Hollywood’s biggest names that kept his motivation going. Lucky to be acquainted with actors and now well-known children’s authors, Henry Winkler and Julianne Moore, the two shared wonderful advice of their own experiences in the world of publishing children’s books. He’s thrilled to know they both possess a copy of his new book! 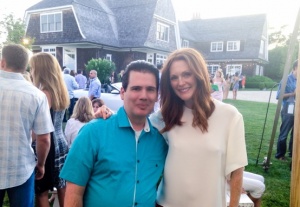 Contratti is hopeful children will take away a life long message after reading Cooking With Mr. C. He also hopes that it will inspire teachers to bring their passions to their own classroom. He believes it could put a student on a path to a wonderful life filled with multiple careers.

Cooking with Mr. C. is available in our online store and wherever books are sold!  Get your copy today! 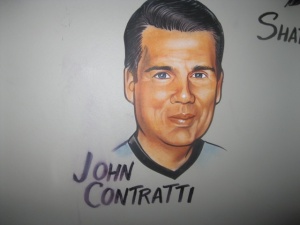 10 Responses to It’s time to get cooking…with Mr. C!